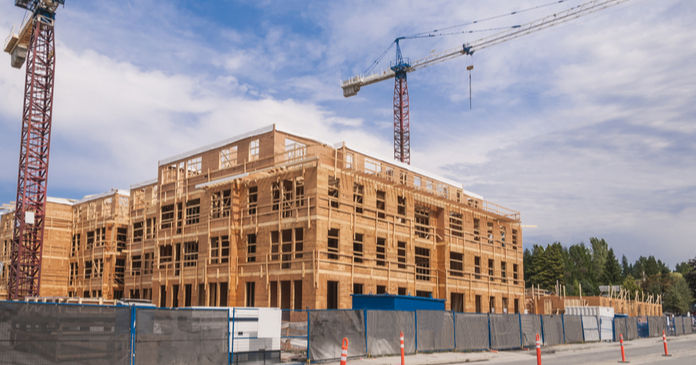 In addition, 45,000 permits were issued in July for buildings with 2 to 4 units. This was up 12.5 percent from the previous month and was 8 percent higher than the average level of 2019.

Regional data for multifamily housing is only reported for structures with two or more units. “Structures with 5 or more units” is not broken out as a separate category. Since the regional data is highly volatile and is frequently revised, it is examined here based on three-month moving averages. This averaging will tend to smooth out the effects of sudden shocks like the shutdowns in reaction to the COVID-19 pandemic.

The following chart shows the three-month moving averages of permits by region for the last 25 months. 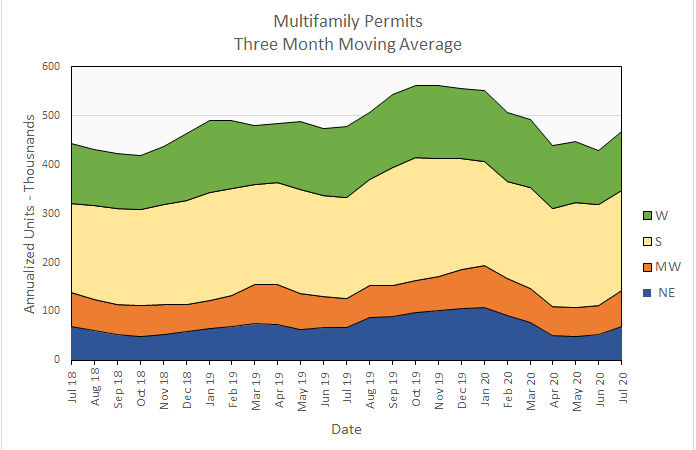 The preliminary report for July finds starts in buildings with 5 or more units per building rising 57 percent from the revised June figure to a level of 547,000 units on a seasonally adjusted, annualized basis. This figure is up 68 percent from the figure for July 2019. 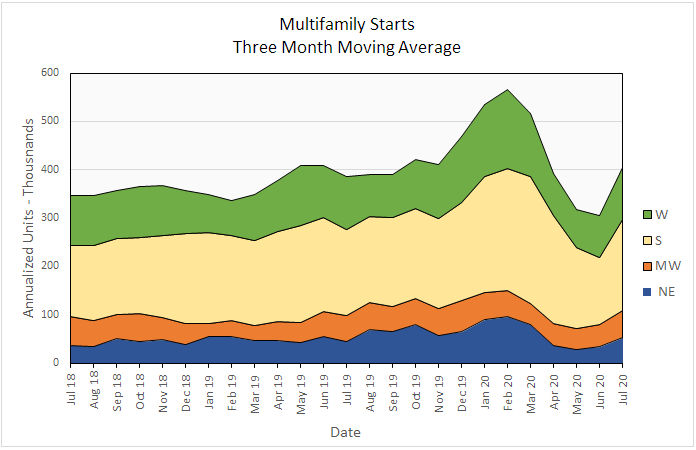 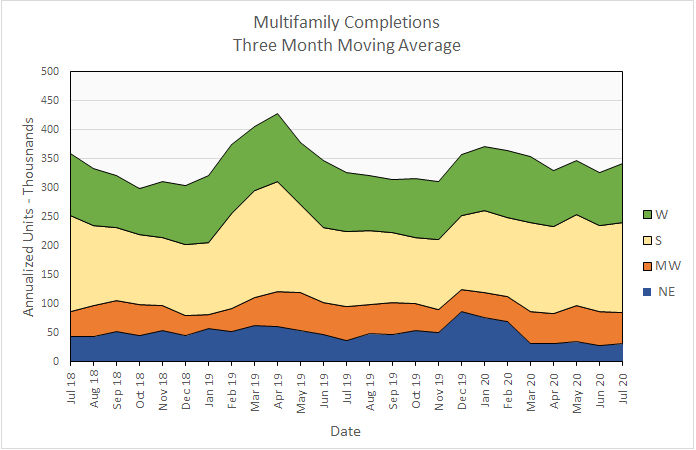