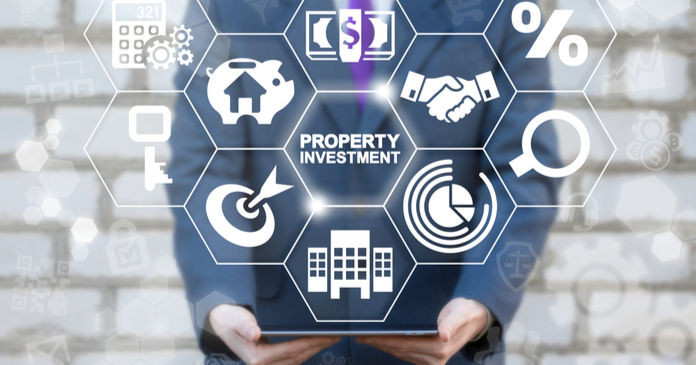 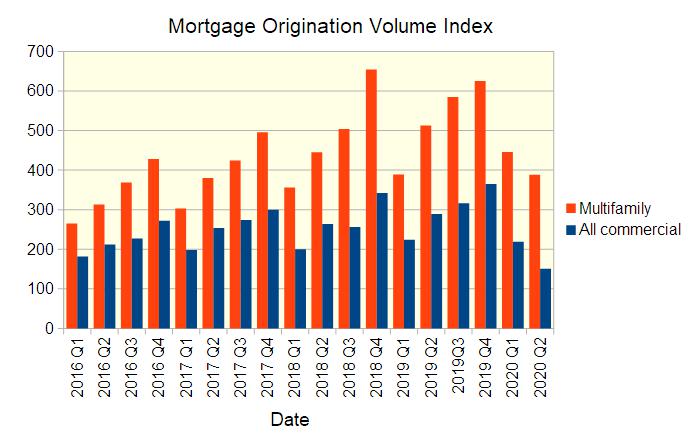 In 2020, the pattern seemed poised to repeat, with multifamily mortgage originations up by 15 percent in Q1 compared to Q1 2019. Then the shutdowns in response to COVID-19 began.

The MBA report also includes mortgage origination indices for several classes of lenders. These are based on the dollar volumes of mortgages originated. Not surprisingly, they were all down for Q2 2020 when compared to the same quarter the year before.

The sources of funds whose lending held up the best were the government sponsored entities (GSEs), Fannie Mae and Freddie Mac. Their mortgage origination volume only fell by 5 percent.

The full report also includes information on the entire commercial property mortgage market. This encompasses property types such as retail, office, hospitality and industrial. The full report is called Quarterly Originations Index and can be found here.