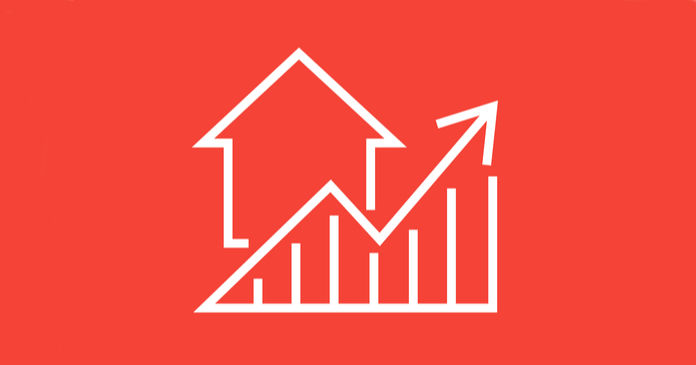 Apartment List is out with their rent report for August 2020. It shows a slight uptick in rents nationally but with wide local variations.

A summary of Apartment List’s data on rent changes since 2014 for one and two-bedroom apartments is shown in the chart, below. The data show the usual pattern of rents rising most strongly during the spring and summer “leasing season” and then either rising more slowly or stagnating over the rest of the year. 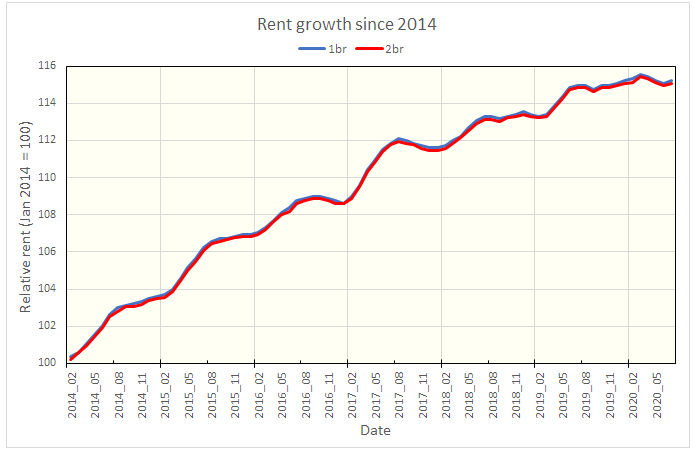 In 2020, rents started to follow the usual pattern. Then the economy was shut down in response to COVID-19 in March. Since then, rents for the country as-a-whole have mostly fallen, although they ticked up by 0.1 percent in August. While, rents in August were only 0.3 percent higher than their year-earlier levels nationally, Apartment List found large differences in rent growth performance on a city-by-city basis.

In looking for common factors contributing to the decline, Apartment List identified two. The first was that declines hit cities whose jobs were highly impacted by the shutdowns, particularly those depending on tourism and certain service sector jobs. The second group of cities with declines were those in which rents had become relatively unaffordable prior to the pandemic.

It was rather surprising to see Las Vegas on the list of rent growth leaders since the city is highly dependent on tourism. However, Nevada has been allowing its casinos to operate at 50 percent of capacity since June 4. After experiencing a surge in COVID-19 cases after reopening, the number of hospitalizations of confirmed COVID-19 patients has been falling. These patients now occupy less than 10 percent of the hospital beds in Clark County, where Las Vegas is located. The reopening may stick.

Studies have shown that many of the renters who are currently looking to move are doing so in order to save money. This is unsurprising given the level of recent job losses. Until employment recovers, pressure on rents will continue.

The full Apartment List report can be found here.