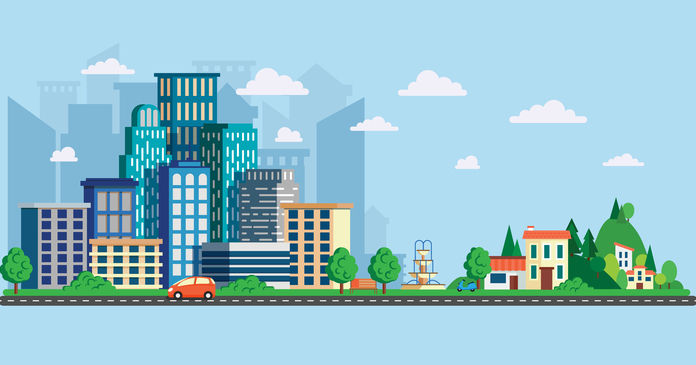 RealPage recently held a webinar where they discussed the differences between the recent performance and the future prospects of the urban core apartment markets compared to the more suburban markets.

Inspiration for this webcast came from the widespread recent speculation that the COVID-19 pandemic had disproportionately impacted properties in the urban core. The presentation was conducted by Greg Willett, Chief Economist at RealPage and Adam Couch, Market Analyst at RealPage.

Although occupancy has fallen in both urban and suburban areas since the pandemic started, the impact has been more pronounced in the urban areas. This is shown in the first chart from the webinar, below.

Despite reports of people fleeing the urban core, RealPage’s analysis indicates that this is not generally true. Much of the loss in occupancy being seen is the result of young people who are experiencing unemployment moving in with their parents or with roommates. Therefore, the fall that is being observed in occupancy is not so much due to households relocating as it is to the number of rental households decreasing.

While urban flight may be overstated in general, there are metro areas where it is taking place. RealPage identifies these as expensive gateway metros. The second chart, below, identifies several of them and illustrates the extent of their occupancy losses.

In addition to occupancy, pricing changes are a key metric to examine in assessing the disparate impact of the pandemic on urban versus suburban apartment markets. RealPage presented the next chart showing the long term trends in annual changes in effective asking rents for new leases for both markets.

While the bars in this chart always add to 100 percent, the actual total number of units being absorbed quarter by quarter could be substantially different. These figures were not provided as part of the presentation.

The chart provides a projection of future demand. It predicts that the share of total demand being supplied by the urban apartment market will rise significantly during the quarter we are now completing and during the next two quarters. This is a little surprising since the attractions of the urban environment: the clubs, restaurants, bars and entertainment, continue to be impacted by COVID-19 related shutdowns.

The next chart projects how occupancy will change through the end of 2021. It is consistent with the previous chart in that it shows occupancy rising in the urban apartment markets over the next two quarters while it continues to fall in the suburban markets. By 2021, it shows apartment occupancy returning to its usual annual cycle, albeit at lower levels of occupancy than in the recent past.

The final chart projects how rent growth will change through the end of 2021. It predicts that the worst is yet to come for rental housing providers, with rent growth in both urban and suburban markets turning negative by the first quarter of 2021. It does not project overall rents to increase until some time in 2022.

The webcast went on to describe several specific suburban markets. It can be viewed here.