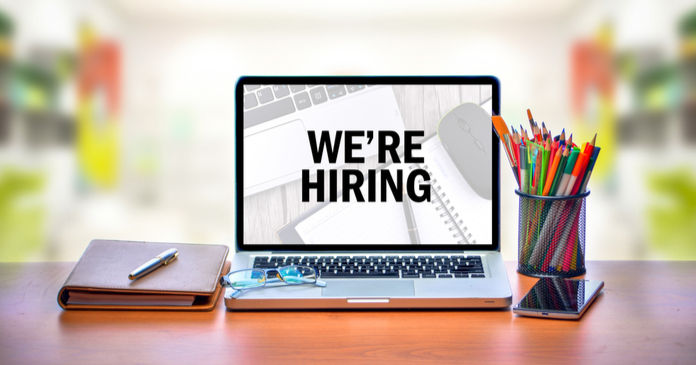 The Bureau of Labor Statistics (BLS) recently released its Job Openings and Labor Turnover (JOLT) report for July. It shows that the jobs market is continuing to recover from the COVID-19 induced shutdowns, but more slowly than in June.

In July, hiring followed the pattern of the prior two months by outpacing separations by a large margin. This resulted in a net employment gain in the private sector of 733,000 jobs, according to the JOLT report. However, at this rate, it will take many months before the economy is able to make up for the net loss of over 10 million jobs it has sustained since March.

The key metrics for the private sector jobs market over the last 13 months are shown in the first chart, below. 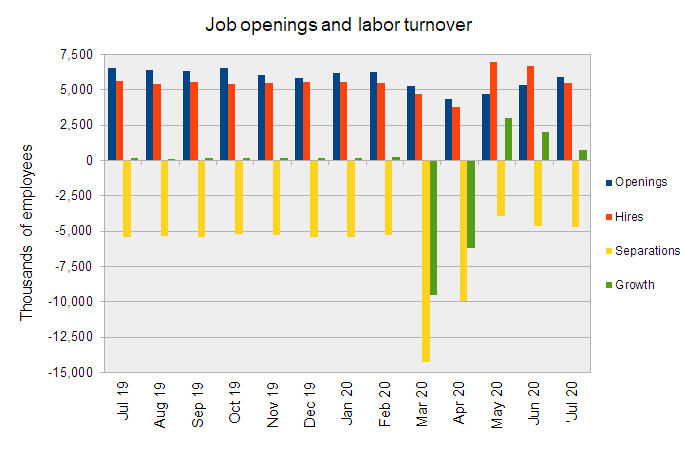 The chart shows that job openings are continuing to rise and are approaching their 2019 levels. Unfortunately, hiring has eased off from the blistering pace it set in May and June. Hiring in July was about at its average level for 2019. Total separations were up slightly for the month, but this was driven by voluntary separations rising. Involuntary separations (layoffs) were down and were slightly below their average level for 2019. In July, 1.7 people left their job voluntarily for each person who was laid off.

The household employment situation survey from the BLS indicated that the total number of unemployed persons at the end of July stood at 16.4 million. The JOLT report indicates that there were 6.6 million job openings, private and public sector, at the end of July. Clearly, we still have a way to go before we get back to a place where there are more jobs available than there are people in the labor force to fill them. 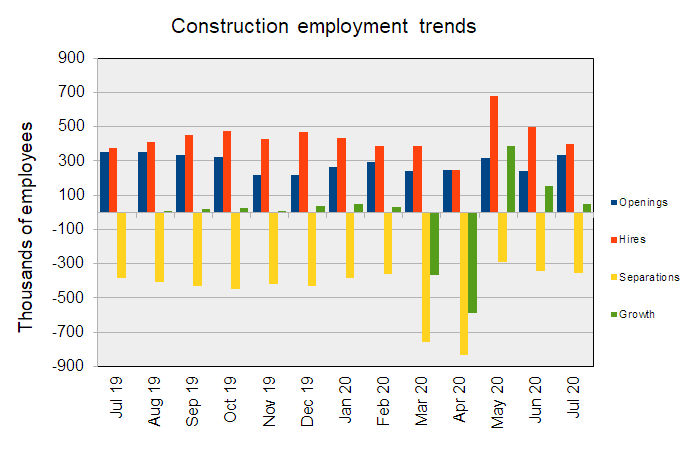 Construction hiring in July was actually below its average level from 2019. However, separations were also down from 2019 levels. This was more due to fewer people quitting their jobs than to a reduction in involuntary separations.

The real estate and rental and leasing (RERL) jobs category, which includes people who manage multifamily properties, was hard hit by the shutdown, with large job losses in March and April. This segment of the jobs market has been slow to recover with anemic job gains since then. The RERL sector has only recovered about 15 percent of the jobs lost in March and April. This is illustrated in the next chart, below. 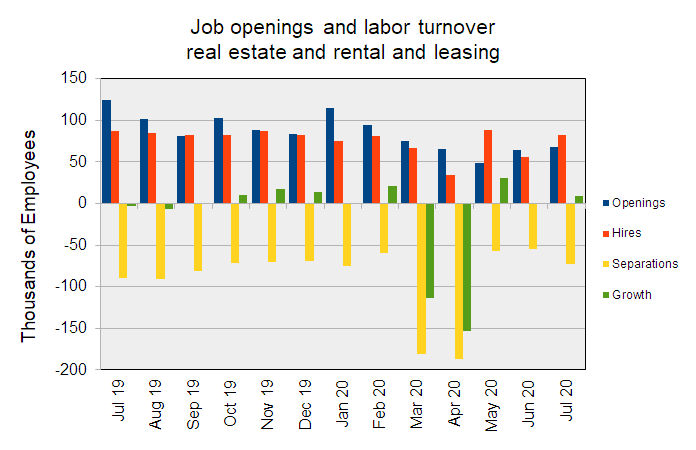 While the JOLT report looks at broad sections of the jobs market, data is available from the employment situation report which looks at more sub-categories of the market. Although this latter data reports the number of people employed in these sub-categories, it does not have information on job openings or turnover. The final chart, below presents some of this data. It shows the total employment for people who are lessors of residential property and those who are residential property managers. These are both reported as part of the RERL category in the JOLT report. However, other similar job categories, such as lessors of equipment, are also included in that category.

The data in the chart are consistent with the JOLT data for the RERL category in that employment has fallen since February and has not recovered. By the numbers, total employment in the two categories is down by 35,000 jobs from a high of 847,000 reached in February 2020. This is a loss in employment of 4.2 percent. 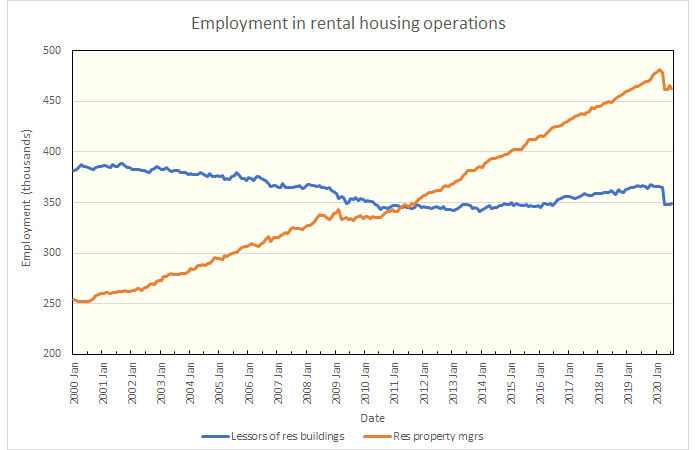