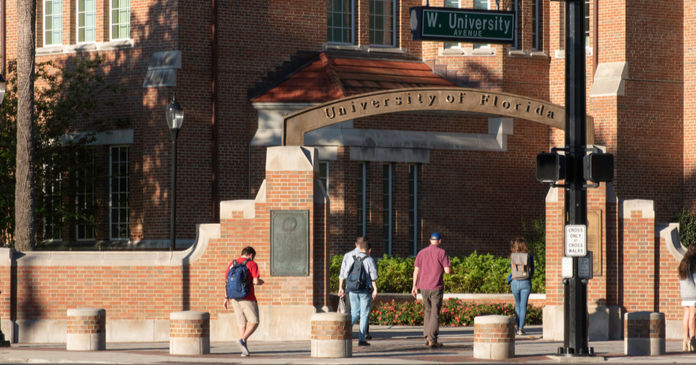 RealPage recently presented their student housing fall market update. It reported that rent growth and occupancy numbers are below what has been seen in recent years but they are not as bad as some had feared.

How things are shaping up

The student housing market is being roiled by the fallout from the COVID-19 pandemic. While this situation is still evolving, RealPage presented a snapshot of where the market is at this time. The presentation was conducted by Greg Willett, Chief Economist, and Carl Whitaker, Manager, Real Estate Economist at RealPage. It was based on information collected from the 175 colleges and universities that RealPage tracks.

Whitaker reported that, as of August, leased occupancy for the fall term was at 87.7 percent. This was down from the 91.4 percent reported at the same time last year and from 93.3 percent reported in Fall 2018. However, this may not be the final occupancy figure for the fall term since some students waited until the last minute to decide on housing and others abandoned their reservations at the first sign of a COVID outbreak on campus.

Looking back, RealPage showed data indicating that the leasing season for the fall 2020 term had gotten off to a strong start last year, with lease signings running ahead of the year-earlier levels through February. Once COVID emerged in March, signings slowed significantly, not approaching year-earlier levels until July. This resulted in the deficit reported.

A recurring theme of the presentation was that results for individual schools may be quite different than the national averages. In fact, many of the factors studied had a “barbell” distribution, with many schools being either well above or well below the national average, with relatively few schools around the average.

Compared to year-earlier results, 64 percent of schools reported a decline in the percentage of their beds which were leased as of August while 33 percent reported an increase.

By geographic region, the Southeast and the Midwest had a high number of schools with leasing rates above 95 percent. These schools tended to be ones where there was significant population growth taking place or ones where the inventory of purpose-built off-campus student housing was limited.

California was notable for the number of schools where the lease up of student housing was lagging. This was attributed to the schools announcing early on that they would be holding most or all of their classes on-line. Other schools with low portions of available beds leased tended to be ones where student housing had been overbuilt or ones where the enrollment of the school was either stagnant or in decline.

Perhaps surprisingly, asking rents at the RealPage 175 schools are up 1.4 percent from last year, but this increase is less than in recent years. By contrast, fall term rents in 2019 were up 1.7 percent from year earlier levels and fall 2018 rents were up 2.2 percent from fall 2017.

A timeline of effective asking rent changes showed that price growth was more in line with prior years until March. From that point, price increases slowed significantly.

Several California schools were on the list of those experiencing the largest rent declines. This was attributed to high local rents and an early commitment to distance learning. Abundant new supply and/or declining enrollment were also often cited as factors contributing to falls in rent levels at individual schools.

RealPage reported that 51,000 new beds were delivered in time for the fall 2020 term. This was in line with the prior 5 years where deliveries ranged from a high of 56,000 beds to a low of 49,000 beds. The new supply  was not evenly distributed, with 16 campuses seeing deliveries of over 1,000 beds for 2020. These 16 campuses represent 9 percent of the campuses tracked by RealPage but they accounted for 47 percent of new beds delivered. The leading school, the University of Florida, alone saw 3,317 new beds delivered.

As was mentioned above, a school’s enrollment growth or decline is a significant factor in driving occupancy and rent growth. Because of this, a school’s acceptance rate can be an indicator of how vulnerable a school is to future enrollment declines. A school turning away a high portion of applicants can adjust its admissions criteria in order to sustain enrollment in the face of declining applications. A school accepting most applicants does not have the same flexibility.

RealPage presented a chart, reproduced below, showing the distribution of acceptance rates for the 175 schools they track. Schools with acceptance rates of 70 percent or less are positioned to sustain their enrollments even when applications decline.

In response to a question about enrollment levels, Whitaker cited a study that reported enrollment in 2020 was down by 2 to 3 percent from last year. The study indicated that community colleges were harder hit by declining enrollment than 4 year schools.

The full presentation runs about 30 minutes. It can be found here.