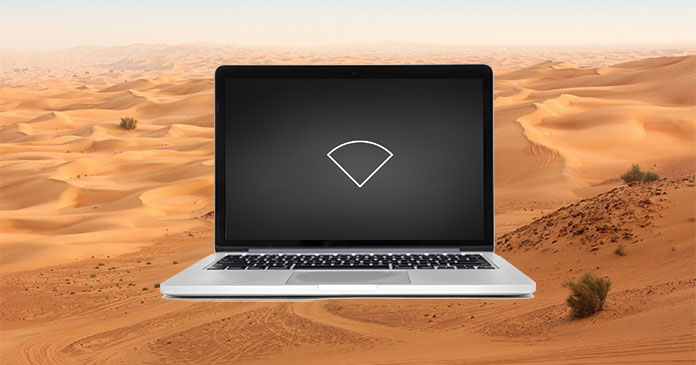 For months now, the drumbeat for reining in Big Tech has been getting louder. Critics have suggested solutions from breaking up Facebook and Amazon to regulating social networks and search engines as public utilities.

This summer, the heads of major tech firms were hauled before Congress, and the House Antitrust Subcommittee reportedly is following up with a major report calling for a breakup of the biggest of the Big Tech companies as a capstone to its 15-month investigation.

Breaking up is hard to do

As fall began, the Senate Commerce Committee announced plans to subpoena top social media company CEOs to compel testimony on the legal provision that provides them broad legal immunity around content on their platforms, and the Senate Judiciary Subcommittee on Antitrust, Competition Policy, and Consumer Rights prepared for hearings on antitrust enforcement.

Most significantly, the Department of Justice (DOJ) reportedly started briefing state attorneys general on its proposal to launch a landmark antitrust lawsuit against Google—the most important anti-tech antitrust action since the 1998 case against Microsoft.

There is clear legal, regulatory, and political momentum behind taking action, and soon there will be no turning back. The question is: Is anti-tech antitrust the right tool to address America’s biggest technology problem?

Historic as this push to challenge the power of these companies may be, the long history of antitrust action against Big Tech is not encouraging—particularly if you are hoping for a big company to be broken up outright. In 1956, the Bell System monopoly was left intact after a seven-year legal saga.

The antitrust action against IBM lasted 13 years. Outcome? You guessed it: The behemoth remained unbroken.

The 1998 action against Microsoft, in which the government argued that bundling of applications programs into Microsoft’s dominant operating system constituted monopolistic actions, ended three years later with a settlement and the company intact.

Today’s technology industry is more complex than it was in the time of the Bell system, IBM, or Microsoft cases.

Moreover, while public sentiment had swung against Big Tech after the 2016 presidential elections, revelations of social media manipulation, and breaches of privacy, it has also improved during Covid-19, as Americans rely on tech products more than ever.

Any antitrust action against these companies will be long and drawn-out—no matter its conclusion—for a number of reasons.

First, the complaints against the industry are varied, ranging from anti-competitiveness to privacy issues, data protection, and vulnerability to misinformation.

Second, there are multiple large companies in the crosshairs, with different products and different suggested remedies.

Third, multiple agencies are pursuing action, from the DOJ and the Federal Trade Commission to the House initiative led by Democrats to the Senate initiative led by Republicans, and each has a different approach, motivation, and timeline.

Fourth, the technology itself keeps evolving. Finally, there is a precedent for settling with the tech industry: Previous antitrust actions have resulted in settlements or consent decrees where lawmakers got something from each of the companies in exchange for leaving them intact, which might well encourage companies to drag the fight out as long as possible.

Putting these considerations together, it reasonable to expect a lengthy process that risks frittering away the current momentum, and which ends with a settlement that resolves issues on the margins.

Focus on what is possible

So, what can be done to make productive use of the momentum for reform? First, we need to ask just what tech problem we want to solve—and there are many jostling for attention. Lack of competition is one: Consumers have limited choices in search engines, social media platforms, and e-commerce platforms.

Several applications or services are owned by platforms, giving the latter an unfair advantage—for instance, Amazon is a marketplace for third-party sellers, but it also competes with those merchants by selling Amazon-branded products.

Privacy is another issue: Americans still do not have consistent data protection laws. Beyond that, users on social media are vulnerable to being fed misinformation.

While these problems have serious implications for competitiveness of markets, functioning of democratic institutions, and preservation of privacy, there is a deeper, more foundational problem that receives much less attention—and more urgently needs to be solved.

The United States’ most serious tech problem is that half of Americans struggle to reliably get online at all. At a moment when nine out of 10 Americans say internet access is essential, according to a Pew research study, this is a devastating divide.

Work, school, health care, socializing, and, often, shopping for essentials have largely moved online, which means the absence of a reliable digital connection can prove ruinous.

My child may be attending school online in a Taco Bell parking lot or huddled under a blanket outside a closed school to piggyback on its wifi system, because those places happen to have the nearest internet connection.

My telehealth visits with my doctor are likely interrupted because of a spotty internet signal. My employment is in jeopardy because I must log onto a jittery Zoom connection that’s unreliable at best.

For many consumers, the usual go-to places for getting on the internet—community centers, schools, libraries—are closed.

The access gap both mirrors and reinforces inequality in the United States. The picture is far worse for Black and Hispanic populations. Data analyzed by our Imagining a Digital Economy for All (IDEA) 2030 research program, established with support from the Mastercard Center for Inclusive Growth, suggests that depending on where one lives, the most basic digital product—reliable access to the internet—has failed the test of inclusive digital access to education, health care, and jobs.

To make matters worse, the very parts of the country where schools are digitally unprepared to go remote—Mississippi, Louisiana, Kentucky, Alabama, Montana, and Arkansas, for example—overlap with the parts of the country where schools should be run remotely because of failing public health guidelines. These states also suffer from limited access to telehealth, employment opportunities and online government services.

Lawmakers and regulators have an unusual opportunity right now: They can use their leverage over the most innovative and best-performing technology companies to solve the problem of internet access. They can do this now, before any other issues get discussed en route to a full settlement.

Lawmakers can press for the four Big Tech players that are their primary targets— Facebook, Alphabet, Amazon, and Apple— to collaborate on identifying the broadband deserts in the U.S., and designing a plan to collectively fill the gaps in a way that is affordable to users and gives them no advantage as gatekeepers. Agreeing to be a part of this solution then gives the companies the permission to remain at the table for further negotiation. This will create the right incentives to the companies to participate and take action.

These companies are already in the business of providing internet access. Facebook provides free access to a limited version of the internet in more than 60 countries through its Facebook Connectivity initiative, with solutions ranging from low-cost wireless connections in dense urban areas to high-altitude platforms for connecting remote areas to free basic internet access in developing regions. Alphabet has a project for fiber deployment and Loon, a unit of Alphabet, uses balloons, unmanned aircraft and high altitude platform stations. Amazon has plans for deploying more than 3,000 low earth orbit satellites, with the goal of offering broadband service everywhere, and Apple has a similar project in the works.

These companies have the resources, as the pandemic has driven already historic profits to even higher peaks, and would have an interest in cooperating if there is an expectation that it might help reach an eventual settlement on the other issues on the table. It could be in the self-interest of these companies, as expanding access also expands their consumer base. After all, these companies have already invested in expensive internet access projects for a reason. Clearly, it must be because they expect to see commercial value from expanding the market.

The pandemic has revealed the most fundamental of our digital vulnerabilities. In taking a historic step, let’s turn to history again and that ancient deal from the Communications Act of 1934 that permitted the Bell System to maintain a monopoly in exchange for ensuring universal service.

Today, critics may denounce a deal with the tech giants a Faustian bargain, but it would represent a practical step forward—and one that recognizes where the process starting today will likely end up. Let’s make a deal with the successors of the Bell System, and work to solve a problem that should never have existed in 2020.

Excerpt Bhaskar Chakravorti is the Dean of Global Business at The Fletcher School at Tufts University and founding Executive Director of Fletcher’s Institute for Business in the Global Context.