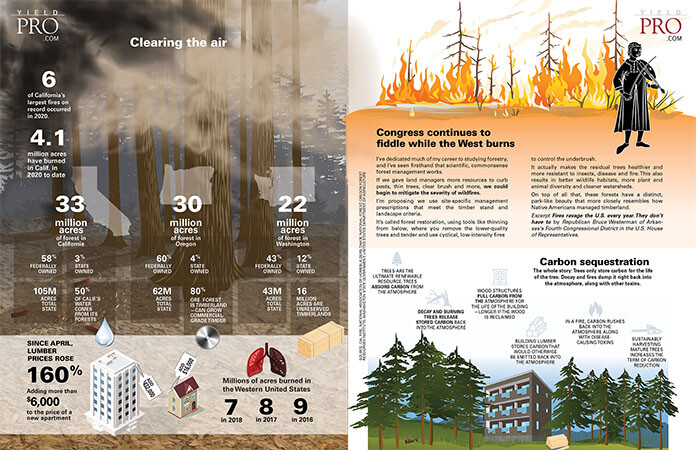 Millions of acres burned in the Western United States:

Congress continues to fiddle while the West burns

I’ve dedicated much of my career to studying forestry, and I’ve seen firsthand that scientific, commonsense forest management works.

If we gave land managers more resources to curb pests, thin trees, clear brush and more, we could begin to mitigate the severity of wildfires.

I’m proposing we use site-specific management prescriptions that meet the timber stand and landscape criteria.

It’s called forest restoration, using tools like thinning from below, where you remove the lower-quality trees and tender and use cyclical, low-intensity fires to control the underbrush.

It actually makes the residual trees healthier and more resistant to insects, disease and fire. This also results in better wildlife habitats, more plant and animal diversity and cleaner watersheds.

On top of all that, these forests have a distinct, park-like beauty that more closely resembles how Native Americans managed timberland.

Excerpt Fires ravage the U.S. every year. They don’t have to by Republican Bruce Westerman of Arkansas’s Fourth Congressional District in the U.S. House of Representatives.

The whole story: Trees only store carbon for the life of the tree. Decay and fires dump it right back into the atmosphere, along with other toxins. 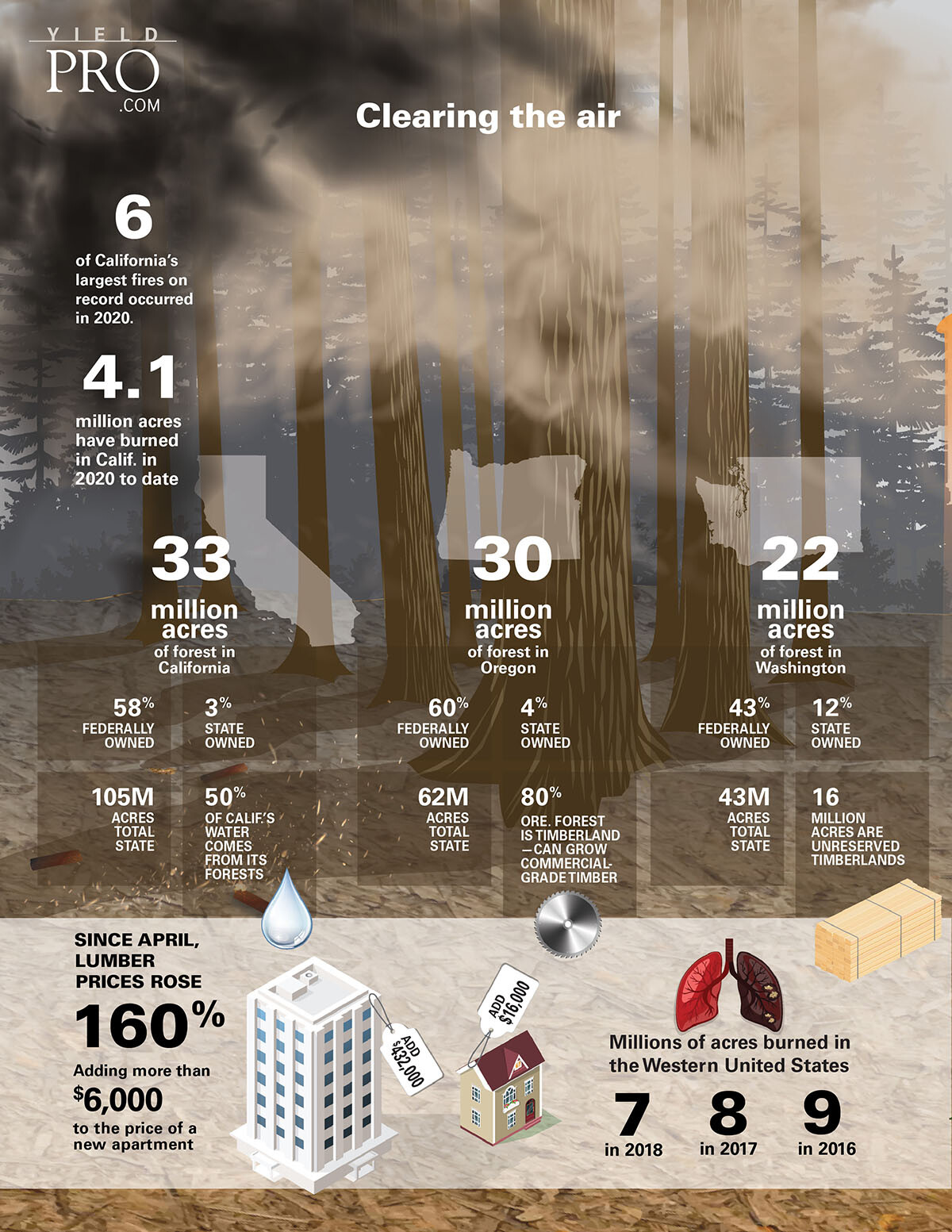 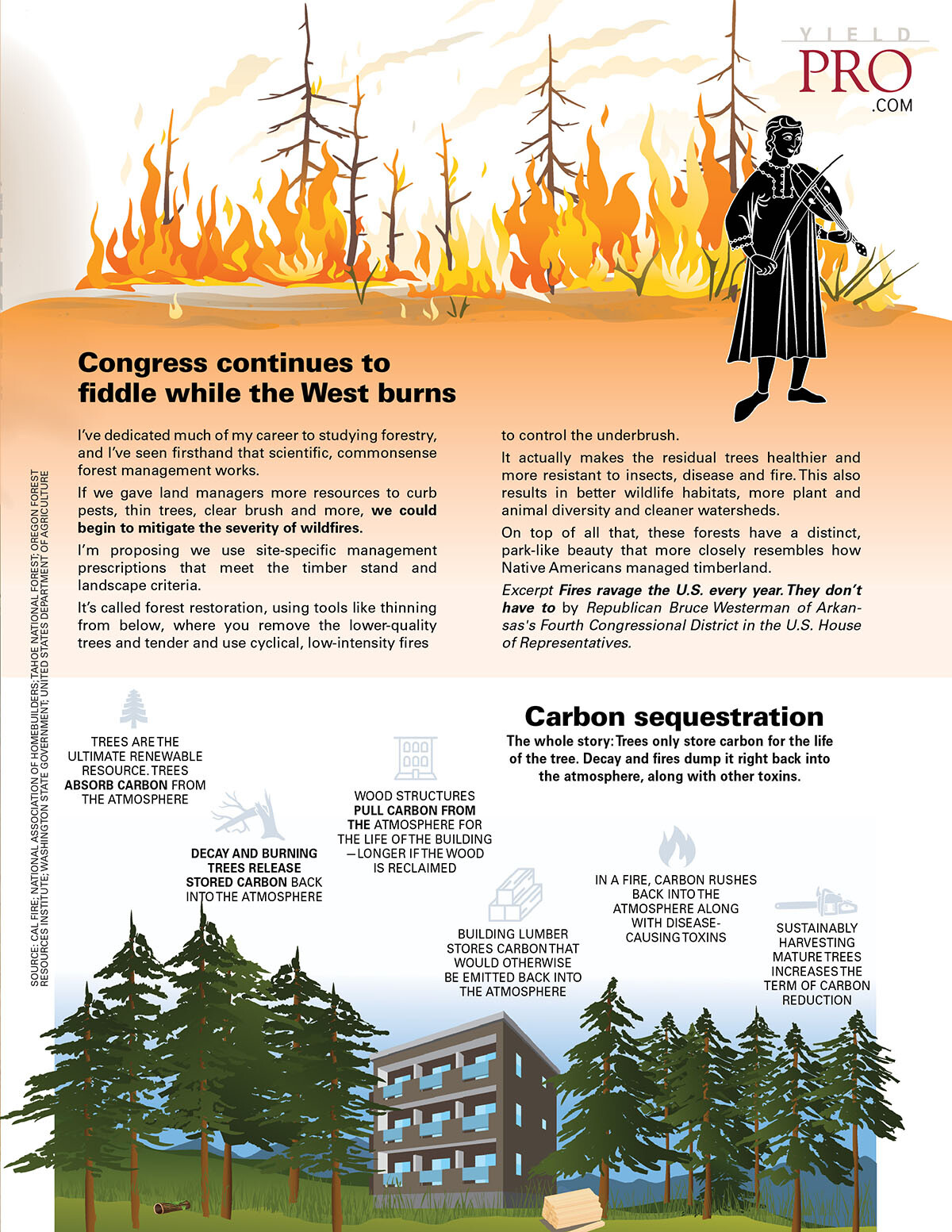