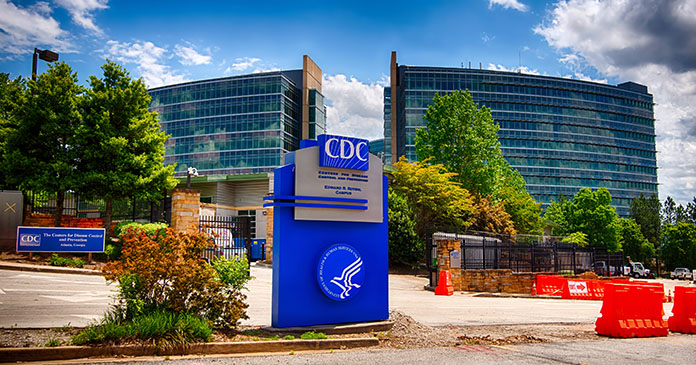 In a lawsuit filed on Friday, October 23, landlords are challenging the nationwide ban on evictions imposed by the Centers for Disease Control and Prevention. The landlords say that the CDC’s ban violates the agency’s statutory and constitutional authority.

“The CDC’s moratorium is a sweeping expansion of federal power over the rights of property owners nationwide,” said Steve Simpson, a senior attorney at Pacific Legal Foundation. “Fortunately, Congress never gave the CDC that authority, and the Constitution’s separation of powers does not allow an agency to make up the law as it goes along. The courts shouldn’t allow the CDC’s power grab to continue.”

Eric and Lila Wohlwend own and manage rental properties through their two businesses, Skyworks Ltd. and Clear Sky Realty. One of Skyworks’ tenants who signed a lease over the summer stopped paying rent in October. The tenant ignored offers to work out a payment plan and instead submitted a signed CDC declaration alleging impact from COVID-19. No explanation of the impact was given.

Skyworks, other Ohio landlords, and the National Association of Home Builders are represented free of charge by Pacific Legal Foundation and the 1851 Center for Constitutional Law.

“The government can’t single out one group of people—landlords in this case—and force them to bear the economic burdens of the pandemic,” Simpson said.

In early September, the Centers for Disease Control and Prevention (CDC) adopted an order that prohibits certain evictions for non-payment of rent. However, in its haste to enact and enforce a national eviction ban, the CDC overstepped its lawful authority by exercising legislative power reserved to Congress, and it did so at the expense of struggling landlords who often depend on rental income to make ends meet. Represented free of charge by PLF,  Skyworks Ltd.—a company owned by Eric and Lila Wohlwend—along with other Ohio landlords and management companies, filed a federal lawsuit challenging the CDC ban in order to prevent the same unlawful expansion of power by the federal government in the future. Additionally, the National Association of Home Builders (NAHB) joined the suit on behalf of their multifamily-housing members.

In early September, the CDC adopted an order that prohibits certain evictions for non-payment of rent. The agency says that the eviction ban is necessary to curb the spread of COVID-19, but tenants can invoke the ban whether they suffer from COVID-related hardships or not. Tenants must simply provide their landlords a CDC-approved declaration saying that they make less than $99,000 annually, are unable to pay rent because of a loss of income, have tried to obtain government assistance, will try to make partial rent payments, and will be homeless or will have to move in with others if they are evicted. Once they submit a declaration, a landlord cannot evict them.

In its haste to enact and enforce this national eviction ban, the CDC overstepped its lawful authority in several ways.

The result of all this unaccountable lawmaking? The CDC has targeted and harmed the very people who provide the housing so many Americans depend on—the very people who now allow Americans to practice social distancing during the pandemic. It’s landlords who are actually solving the problem that the government is concerned about. Yet the CDC is now punishing them for saving their money, investing in properties, maintaining those properties, and providing places for people to live.

Owning and running rental housing is a business. As in the case of any business (or job), those who provide the service expect to be paid—and deserve to be paid. Yet the CDC, like many state and local governments, has decided to foist a large part of the burden of the pandemic on a single group. This is both foolish and unjust.

Eric and Lila Wohlwend own and manage rental properties in Canton, Ohio, through their two businesses, Skyworks Ltd. and Clear Sky Realty. One of their newer tenants, who signed a lease over the summer, stopped paying rent in October. The Wohlwends tried to meet with them and work out a payment plan, but the tenant was not responsive. The Wolhwends filed a notice to vacate but were met with a signed CDC declaration saying that the tenant couldn’t pay, with no explanation as to why.

Although the CDC’s eviction ban is set to expire in December, the Wohlwends want to ensure that the federal government cannot ever repeat its unlawful power grab. Represented free of charge by PLF and the 1851 Center for Constitutional Law, Skyworks Ltd., other Ohio landlords and management companies, and the NAHB, are seeking to restore the rights of landlords and the rule of law so that the federal government cannot exercise the same unlawful expansion of powers to enact similar nationwide measures.

PLF filed Skyworks Ltd., et al. v. Centers for Disease Control in the U.S. District Court for the District of Northern Ohio. In addition to the lawsuit, a motion for preliminary injunction will be filed to halt CDC’s unconstitutional moratorium.