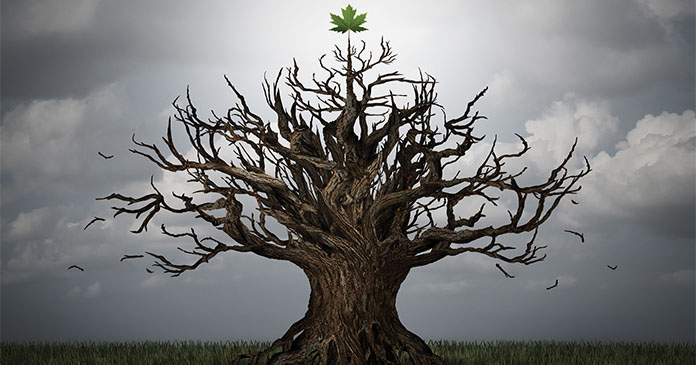 Emerging from the pandemic, tomorrow’s successful businesses will make themselves more resilient to unexpected crises. They will intensify the use of digital technologies in cloud computing, cyber security, cognitive and artificial intelligence tools and the internet of things.

Empowered with these tools, they will also have greater flexibility in managing costs and the agility to engage more effectively with their customers as changes occur in the way goods and services are delivered and consumed.

Those are the key takeaways from a new Deloitte Consulting Report issued in August titled, “Save-to-Thrive: Enterprise transformation and performance improvement strategies during the COVID-19 pandemic.” Deloitte conducted the study, which is based on a survey of executives, in collaboration with Christopher Ittner, Wharton accounting professor and chair of the School’s accounting department.

The study offers a close-up of the resilience of businesses, which Deloitte classifies under three broad phases as organizations cope with the fallout of the pandemic: Respond, Recover and Thrive.

“Almost a third of the businesses were negatively impacted during initial stages of the pandemic,” said Omar Aguilar, principal and global strategic cost transformation leader at Deloitte Consulting LLP. “Most companies are trying to power up or transition into the ‘thrive’ mode in a rapid way.”

The study groups respondents by the stages of “respond,” “recover” and “thrive” that they saw themselves in at the time the survey was conducted. They begin with the “respond” phase where they are sizing up the impact of the pandemic, after which they move to the “respond to recover” and “recover” phases.

U.S. businesses were further along the path to recover and thrive (29 percent), followed by Europe (22 percent), Latin America (21 percent) and the Asia Pacific region (17 percent). The survey covered 13 COVID-affected countries in the Americas, Europe and Asia Pacific which account for 70 percent of global GDP.

Four-fifths of the nearly 1,100 survey responses came from CEOs, presidents and other C-level executives at companies across 18 sectors. They shared their assessments of how their companies saw the paths ahead for revenue expectations, cost reductions, transformational actions, operating models and customer engagement. The industry groups covered included broad sectors of the economy, including technology, media and communications; consumer products, retail, hospitality and transportation; banking, capital markets and insurance, and pharmaceuticals, medical devices and health care.

Not surprisingly, more businesses expected to focus on cost reduction compared to pre-pandemic times. “Two thirds of companies now expect to pursue cost reduction over the next 12 months, up from 38 percent before COVID-19,” the report stated.

That said, rigid cost structures come in the way of adjusting costs to rapidly respond to changes in consumer demand for the majority of respondents (78 percent). Other major drawbacks respondents reported were the inability to satisfy increased demand or increased sales opportunities (71 percent) and lack of liquidity or credit to ensure business continuity (69 percent).

The financial impacts of the pandemic are mostly demand-driven, the survey found. The top external challenges businesses face include a drop in consumer demand (reported by 74 percent of respondents), shifts in consumer behavior (67 percent), cyber security vulnerabilities (65 percent) and supply chain challenges (65 percent). 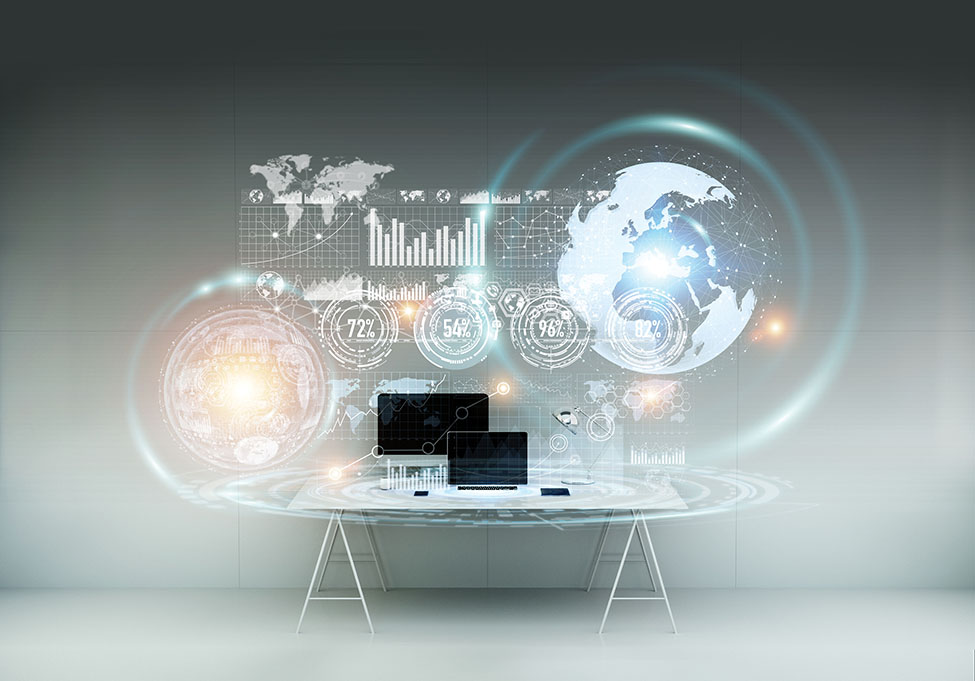 In terms of “transformation actions,” two-thirds or more of the companies listed automation at the top. The stress on automation is mainly to achieve productivity growth and to gain agility in operations and their operating models, and not primarily to replace workers, as talent becomes a focused area emerging from the pandemic, Aguilar clarified. Companies want to be able to use automation to grow markets, and develop new products and services, Ittner added.

Beyond automation, the priorities for transformation varied by region and the recovery stage they were in, across actions such as cost reduction, M&As or divestments, and overhaul of business processes or supply chains.

The “save” in “save-to-thrive” is to underline the importance of businesses saving up to finance their transformation to rebound stronger after the pandemic, Aguilar explained. “If you are going to embark on transforming your company, then self-funding it is easier than seeking external funding sources,” he said. “These transformations can be resource-intensive. If you are funded internally, the chances of success and ROI on the transformations are increasingly higher.”

When businesses were first hit by the pandemic, their initial need was for liquidity, credit and cash to be able to pay their bills, Ittner said. Self-funded transformation is essentially about saving money in one part of the business to be reinvested elsewhere that might have more value, he explained.

Aguilar and Ittner expanded on the attributes that will define resilient business organizations in the “next normal.”

Digitally powered operating models: “Companies are going to have to change business models,” said Ittner. “The biggest thing is this vast acceleration in the use of digital technologies” to fundamentally shift how they engage with their customers, earn revenue and profits, and manage costs, he added.

Digital to differentiate: Companies will recast their operating models to use digital tools that facilitate innovation to help them differentiate their customer offerings, said Aguilar. Tomorrow’s customers will demand more flexibility in how they consume products and services, he pointed out. He saw those changes driving companies to accelerate their digital transformation. “It will no longer be done as a pilot, or in an incremental way.”

Emphasis on agility, flexibility: The pandemic has provided the impetus for companies to become more flexible. “Companies got stuck in these rigid cost structures and all of a sudden they got hit with this shock, and were not able to respond that well,” said Ittner. “One of the big problems companies have encountered is very fixed cost structures that have made it very hard to reduce their costs in response to the pandemic,” he said, citing the survey’s findings.

“Going forward, companies will start designing business models that are much more agile and much more flexible so they can respond to these uncertain environments.” Cloud computing, for example, can help companies achieve “more flexible cost structures by making information technology costs more variable,” Ittner said.

Rethinking supply chains: The need for flexibility and contingency planning will extend to how companies manage their supply chains. “COVID-19 has revealed the limitations and risks of globalization and global supply chains, leading many companies to re-prioritize domestic operations over international operations,” the survey stated.

That focus on preparing for uncertainties also plays into the emphasis on agility and flexibility, Ittner noted. “Consistently, we find that companies that have improved their planning and forecasting systems have been much more successful in their cost management efforts.” That is significant because two-thirds of the executives surveyed expected a second wave of the pandemic. 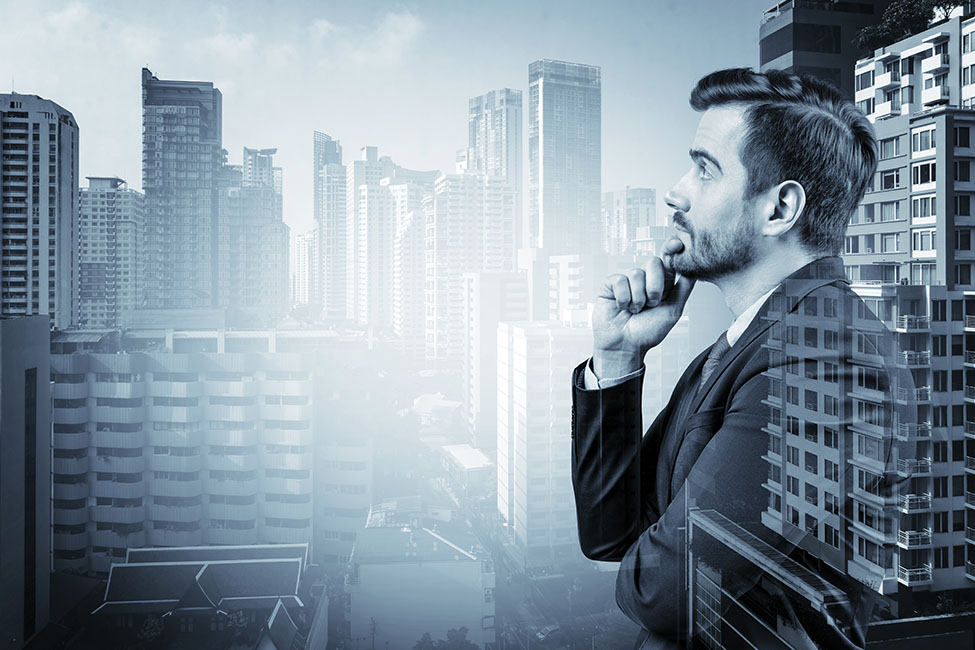 As one would expect, the survey found that airlines and the hospitality sector have been among the worst hit by COVID-19. Among those that are doing better include pharmaceutical companies and manufacturers of consumer durables. About 60 percent of the respondents in transportation and hospitality expect revenue declines in the next 12 months, while between 57 percent and 63 percent of those in medical technology, telecomm, pharmaceuticals and software & IT services expect positive revenue growth.

While some sectors have felt pain because of a sharp drop in demand, others have had difficulty coping with a sudden rise in demand. “They had to add costs to be able to respond to people placing orders online, or sudden, large increases in demand for certain items that were not anticipated, such as groceries and paper products,” said Ittner. “They didn’t have the capacity or flexibility to automatically shift [their operations] over to this new demand.”

At a firm level, “whoever had the operating models in place for digital enablement to allow them to thrive has done better,” Aguilar said. Among the winning companies are those that have a strong online presence, and are flexible and agile enough to respond to their changing environment.

“What the pandemic has done is to accelerate digital and technology transformations to a company’s operating model: Taking these technologies from pilot stages to scaling them to really show that they are the future or the next normal,” said Aguilar. “The ones who do not understand this are the ones that are going to be the laggards and the ones that do are going to succeed in the future.”