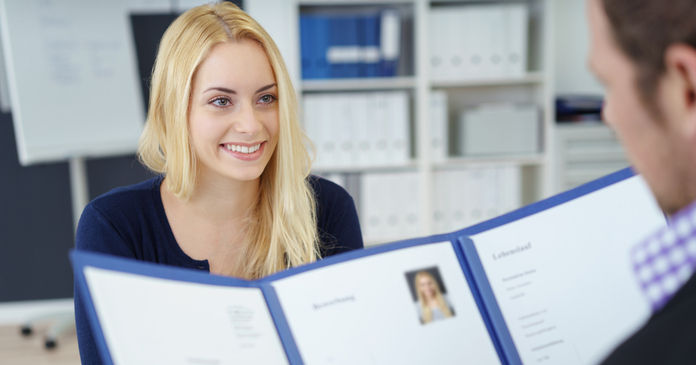 The Bureau of Labor Statistics (BLS) recently released its Job Openings and Labor Turnover (JOLT) report for August. It shows slightly stronger jobs growth than in July, but not as strong as in May or June.

The JOLT data show that job openings and hiring were down slightly from the revised levels for July. However, separations were down even more, resulting in better growth in employment in August than in the previous month. The growth netted out to a little more than 1 million new jobs, over 6 times the average monthly job growth in 2019.

The key metrics for the private sector labor market over the last 13 months are shown in the first chart, below. 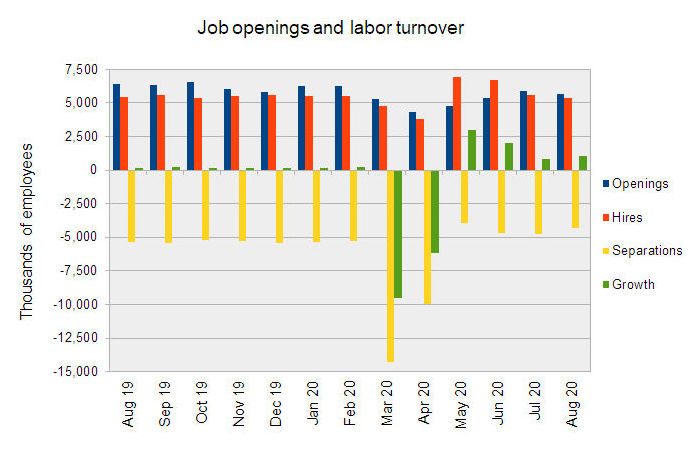 Within separations, quits were down by 5 percent from their July level but layoffs fell by 17 percent and this accounted for the bulk of the decline in separations.

The second chart shows the situation for the construction jobs market. It displays a similar pattern to that of the total private sector jobs market, with a strong recovery in jobs starting in May, declining through July and picking up a bit in August. 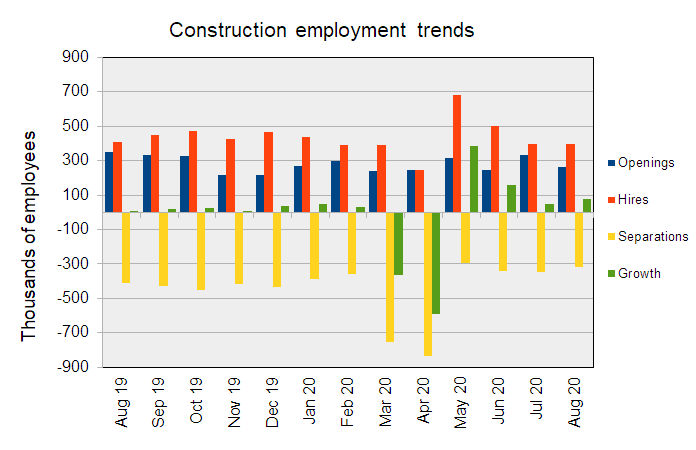 The increase in job growth in August was largely a result of fewer people quitting their jobs. The number of hires and layoffs were each only slightly different than their levels of the previous month. The net result was employment growth of about 80,000 jobs, a little less than 6 times the average job growth rate of 2019.

The real estate and rental and leasing (RERL) jobs category, which includes people who manage multifamily properties, experienced a net loss in jobs according to the JOLT data. This was caused by a sharp drop in hiring occurring alongside only modest drops in quits and layoffs. This is shown in the next chart, below. 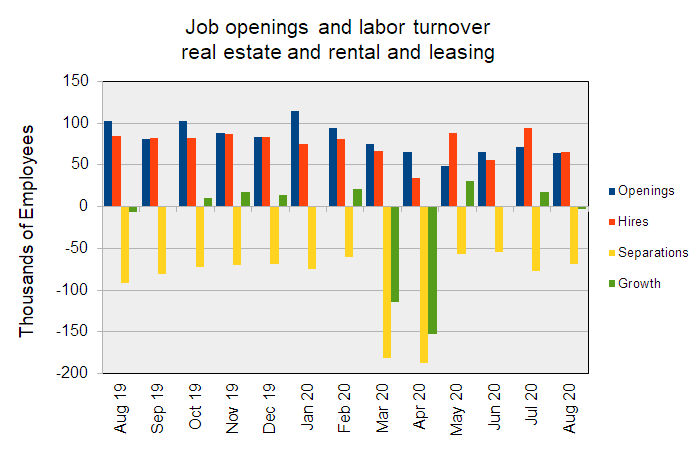 Using data from the employment situation report to look at finer sub-categories of the jobs market which are more closely associated with managing multifamily properties presents a somewhat rosier picture. It shows that the total employment for people who are lessors of residential property and those who are residential property managers has continued to recover, if slowly, from the sharp downturn. This is shown in the final chart, below. 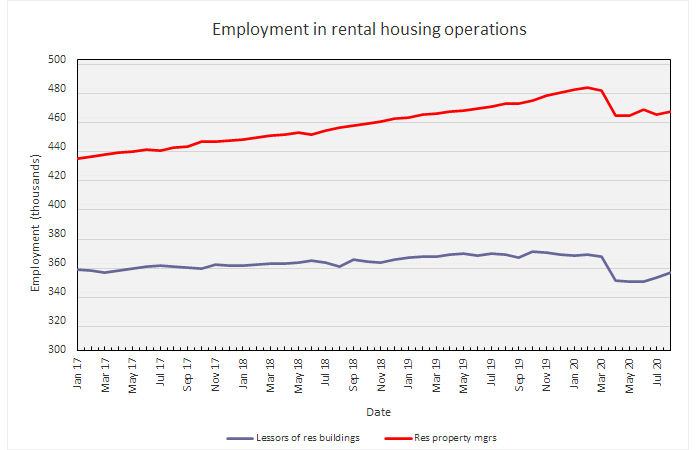 While both of these job classifications are included as part of the RERL category in the JOLT report, other similar job classifications, such as lessors of equipment, are also included. A softer market for those other jobs may be impacting the RERL data overall.