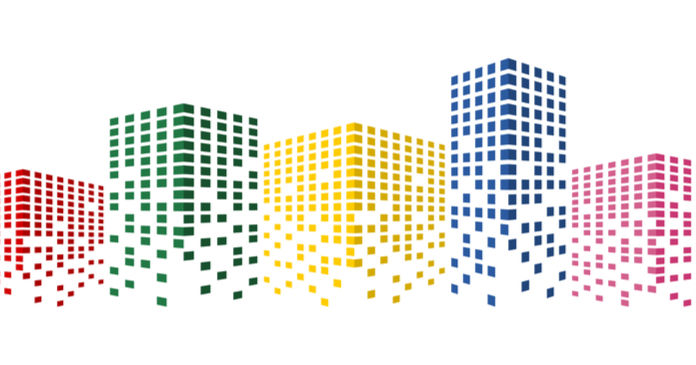 The pandemic plays out

Since the market changes being played out are occurring against the backdrop of the COVID-19 pandemic, Adler gave a short description of where the pandemic stands.

The 7-day moving average of COVID-19 cases has recently started to increase again, indicating that the anticipated “third wave” of infections expected for the fall may be at hand. However, the 7-day moving average of deaths remains well below the peak reached during the first wave and, so far, below the level seen during the second wave. This is shown in the first chart, below. Given that deaths lag infections by two weeks or so, a rise in deaths may be coming.

The World Health Organization (WHO) is now tracking 170 candidate vaccines, 11 of which are in late stage trials. Pfizer’s announcement of the 90 percent efficacy rate of their vaccine candidate came after the webinar and so was not mentioned.

Despite the medical progress being made, the pandemic is expected to continue to roil the markets well into next year, and perhaps beyond.

Even prior to the pandemic, there were trends visible of people slowly moving from gateway markets to either secondary tech hub markets or to smaller cites within the same metro areas. People were also migrating from urban core markets to the suburbs. These trends were being driven by affordability and tax factors, as well as by an increasing number of renters reaching child-rearing and family-formation ages. The arrival of COVID-19 greatly accelerated these trends. This has resulted in rents, occupancy and renewal rates all falling in these primary markets. The pattern observed for migration from the urban core to surrounding smaller cities for two major metro areas is shown in the next chart, below.

The table below shows that many of the gateway cities losing population in the time of COVID-19 were experiencing slow, or negative, growth even before the onset of the pandemic.

Adler stated that the pandemic has tended to accelerate some trends but to potentially reverse others. Trends being accelerated include the rise of e-commerce, the work-from-home movement and the risk of local political changes and higher taxes. Trends which may potentially be reversed under the impetus of the pandemic are the pursuit of experiences over things, densification and globalization. Many “experiences” have not been available, and risks of densification and globalization have been exposed by COVID-19.

Yardi Matrix used Postal Service address change data to track the movement of people since February. They found that the number of people making permanent moves was much higher in March 2020 than in March 2019. However, the number of moves made in May and June of this year was down from last year. The net result is that moves were up, year-over-year, but not by as much as might have been expected. This is shown in the next chart, below.

Canaries in the coal mine

The NMHC rent payment tracker program has consistently shown a high percentage of renters continuing to pay their rent. Payments are running only 1 to 2 percent behind last year’s levels. However, this program focuses on larger, professionally managed properties. The situation is not necessarily the same for the smaller operators where signs of distress are showing up in the number of small balance loans with forbearances as reported by Trepp.

Another sign of distress is the rising number of properties that are providing concessions in order to maintain occupancy. Concessions are rising in gateway markets and are more prevalent in class A&B properties than in class C properties.

The impact of the pandemic on employment has fallen most heavily on those on the lower end of the income scale. This is shown in the chart, below.

Given that lower income people are more likely to reside in class C properties, it seems counterintuitive that these properties are performing relatively well by some measures when compared to class A & B properties. Adler expressed the theory that the generous bonus unemployment compensation paid by the Federal Government up to the end of July, when combined with state unemployment benefits, exceeded the usual incomes of many of the people occupying these units. This allowed them to save money which they are now using to pay expenses, including rent. He suggested that these people may begin to run out of savings in early 2021 if an additional stimulus package is not passed by Congress.

The highest density areas have seen the greatest percentage decline in rents since the start of the pandemic. However, these are also the areas where the rents were highest prior to the pandemic, so they still may be achieving higher rents in absolute terms.

In order to retain renters in urban core markets, Adler suggested that the amenities offered by the properties there will change. He expects that common area amenities such as movie theaters, game rooms and lounges to be displaced by amenities more focused on the work-from-home renter. These would include workspaces, Zoom call rooms and podcast recording areas. He also expects soundproofing and improved air filtration to become sought-after features, along with home offices and robust Wi-Fi.

Adler also expects the desire for space to result in more focus on the single-family rental market. He cited a number of companies that have made recent moves in that market including Invitation Homes, Rockpoint partners, Nuveen Real Estate and Pretium.

The full webinar discusses a number of other topics, including in-depth looks at gateway markets and at tech hub markets as well as presenting Yardi Matrix’s current view of 2021. Each of these topics could justify an article in its own right. The full webinar can be viewed here.