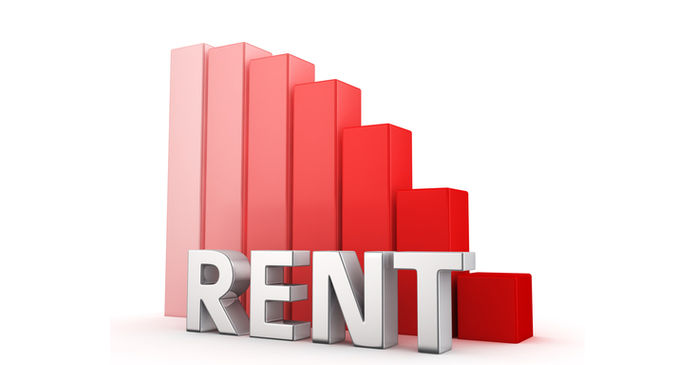 A pair of reports, one from Yardi Matrix and one from Apartment List, track changes in rents charged across the country. One report shows rents remaining flat while the other shows rents declining for the country as-a-whole. However, they both show a wide variation in results for different metro areas.

Rents flat for the month, down for the year

Even in a “normal” year, the fall is a time when relatively few people are moving and rents are relatively stagnant. While this year has been anything but normal, this pattern seems to be holding. The annual pattern of rent changes is illustrated in the first chart, below.

Yardi Matrix reported that the national average rent has remained unchanged for the last 3 months, a not-unusual pattern for this time of year. Apartment list reported that their national rent index fell 0.4 percent from September to October, in line with the changes seen in their rent index between these months in the last two years.

Your results may differ

Both reports noted the wide variation in rent growth between different markets. Both reports pointed out that the cites that have seen the largest year-over-year declines in rents are often high-priced coastal “gateway” cities. These include San Francisco, San Jose, Washington DC, Boston, Seattle and Los Angeles. Austin and Chicago have also seen significant rent declines.

Not all of the results in the two reports can be directly compared because of the way that the metro areas are defined. For example, Yardi Matrix treats Los Angeles and Orange County as separate metros. Apartment List combines them. Apartment List provides data on New York City, Yardi Matrix does not.

The major metros with the largest annual rent declines as ranked by Yardi Matrix are given in the table, below, along with the annual rent changes given for the metros in the two reports.

The major metros with the largest year-over-year rent growth as determined by Yardi Matrix are listed in the next table, below, along with the rent increases given for the metros in the two reports.

Both reports talk about the now-familiar phenomenon of remote work freeing people from being geographically constrained by their commutes. Add to that the continuing closure of many of the attractions of city life, the increased risk of high-density living during a pandemic and the loss of people’s employment, especially in the service sector, and you have a recipe for renters seeking cheaper housing outside of the major metro areas. While neither report examined occupancy changes in the different metros, the migration to secondary metros seems to be showing up in the rent data.

The complete Yardi Matrix report discusses rent growth in some of the smaller multifamily housing markets. It has more information about the larger markets including numbers on job growth and completions. It also includes charts showing the history of rent changes in 18 of the top 30 markets over the last 4 years. It can be found here.

The complete Apartment List report covers rent growth in many more metros and provides readers with the opportunity to download their data sets. It can be found here.