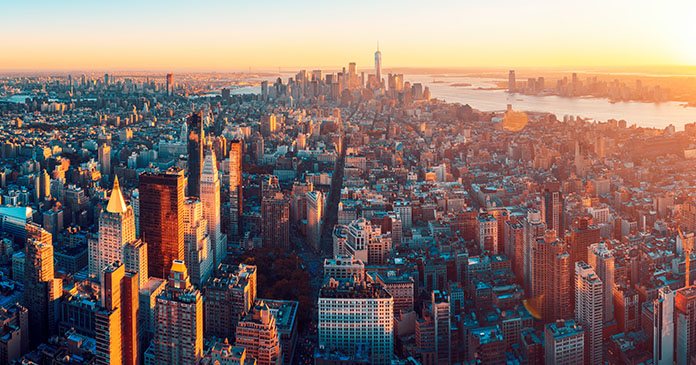 Thousands of New York City apartment residents are not caught up on their rent. That hasn’t stopped building operations costs from coming due, even rising. The combination of rising costs and falling incomes is a bad one for NYC small to medium sized property owners trying to stay afloat in a city where the population continues to decline.

New York City is the nation’s second highest city in terms of the number of vacating residents. Reasons for the exit include the pandemic, high taxes, closed businesses and repeated lockdowns.

In the meanwhile, property owners face rising cleaning costs due to the pandemic, rising utility costs due to residents being sequestered at home, and the cost of unpaid property taxes.

The eviction moratorium currently in place in many areas leaves many building owners careening toward disaster.

NYC’s property taxes account for more than 40 percent of the city’s tax base. When taxes aren’t paid, the city sells these tax-liens, along with water and sewer debt, to debt collectors who add an 18 percent interest charge and thousands of dollars in legal fees. Gov. Cuomo had, several times, extended a moratorium on such lien sales, but these moratoriums have now expired.