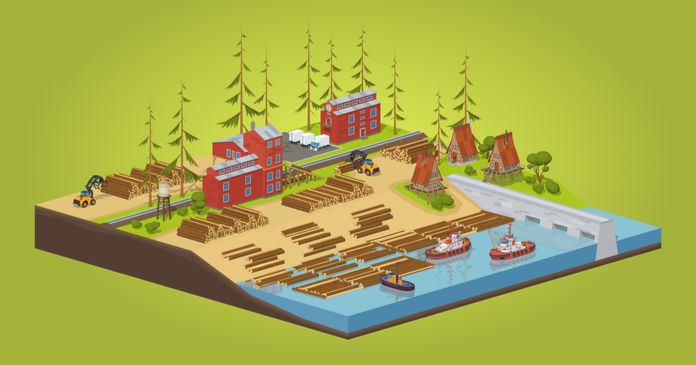 The Bureau of Labor Statistics (BLS) released its producer price index report for November 2020. It showed that the BLS price index of materials and components for construction was down 0.3 percent from October, seasonally adjusted. It was 4.3 percent higher than its year-earlier level.

By contrast, overall prices for processed goods for intermediate demand rose by 1.4 percent for the month, driven by higher energy prices. Excluding food and energy, the price index for processed goods for intermediate demand was down by 0.1 percent in November. The full index was 0.3 percent lower than its year-ago level, reversing last month’s gain.

For reference, the changes in these indices compare with a 1.2 percent rise in the all-items consumer price index (CPI-U) for the 12 months ending in November. The CPI-U was up 0.2 percent for the month.

Yield Pro (PRO) compiled the BLS reported price changes for our standard list of construction commodities. These are commodities whose prices directly impact the cost of constructing an apartment building. The two right hand columns of the table provide the percent change in the price of the commodity from a year earlier (12 Mo PC Change) and the percent change in price from October 2020 (1 Mo PC Change). If no price data is available for a given commodity, the change is listed as N/A.

The November reading on the price of softwood lumber showed a continued softening from October’s price level. However, there may be bad news coming as lumber futures prices, which fell in September and October, rose strongly in November. Softwood lumber futures prices at the end of November were 27 percent high than their levels at the beginning of the month. They have continued to rise in early December. Futures prices are now only 15 percent below the peak level they reached in mid-September and are nearly double their level at the beginning of 2020. If there is any good news here, it is that the futures contract for mid-2021 is trading well below current levels, but still over 60 percent higher than at the beginning of 2020.

The price of soft plywood products has recently tracked that of softwood lumber, but with a delay. It continued that pattern this month. Prices of other wood products that we track have been relatively stable. This is shown in the first chart, below. 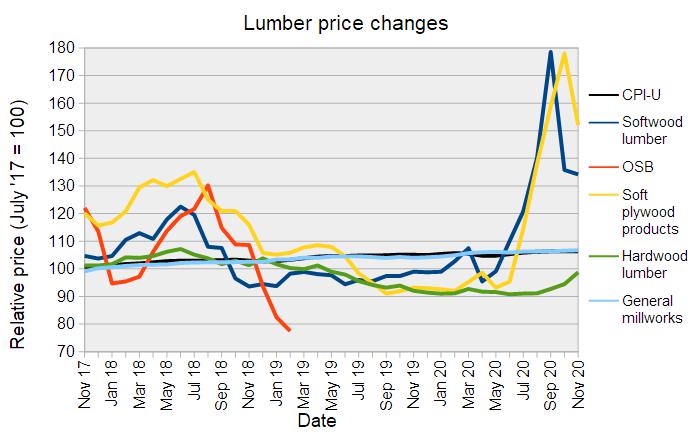 The second chart, below, shows the recent price history of several other construction materials. Again this month, the biggest jump was in the price of power wire, which is being driven by the price of copper. After declining in March when the pandemic-triggered shutdowns began, the price of copper has risen steadily. It is now trading at more than 27 percent above its January level, and has surpassed the previous five-year high it reached in 2017. Recovering demand in China, which accounts for nearly half of world copper consumption, is cited as a reason for the price rise. World copper consumption is expected to exceed production this year, although production is forecast to outpace consumption in 2021. 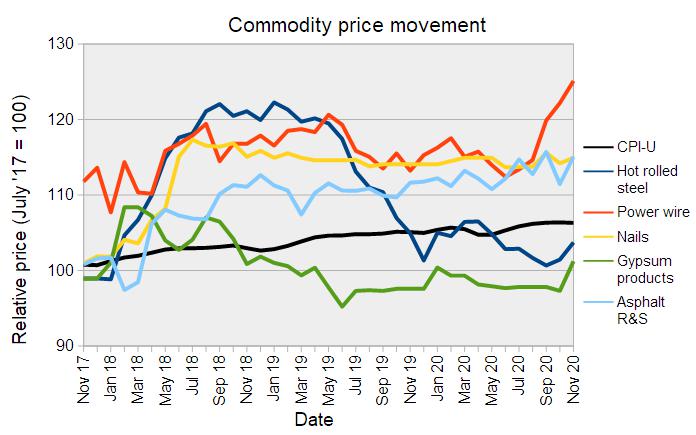 The prices of most other commodities tracked in this chart have been relatively stable despite the market disruptions caused by COVID-19. Recent upticks in the prices for gypsum products and for asphalt roofing and siding bear watching.

Price changes for several of the more finished goods from our sample are illustrated in the final chart, below. The prices of these items seem to be continuing their recent trend of rising at a rate that is slightly above the general rate of inflation in the economy. 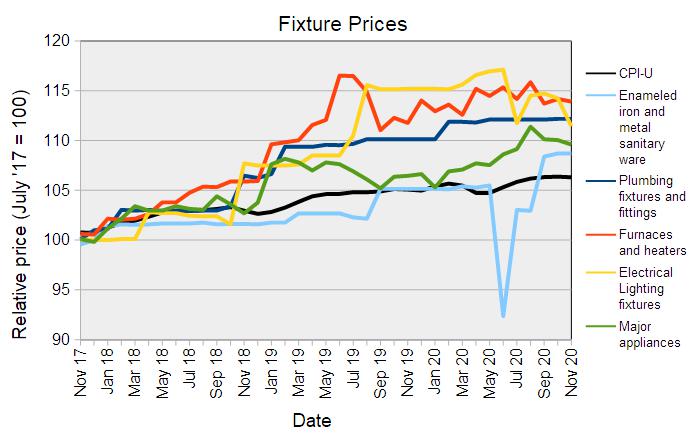