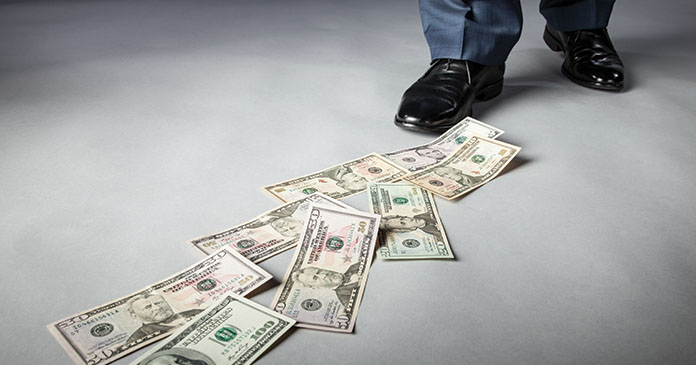 In Albuquerque, New Mexico, multifamily occupancy is up. Memphis, Tennessee, is seeing rising rents, and cap rates for apartment assets in Detroit have spiked.

Months into a pandemic that eradicated many of the perks of big-city apartment living and made remote work a universal reality, renters have been moving to some unexpected places. And multifamily investors have been following them.

While initial lockdowns sent more affluent homeowners fleeing dense cities for weekend properties in the Hamptons and second homes, renters have recalibrated, too.

That has been a boon for smaller cities, where space is more plentiful and rent is cheaper. Multifamily investors, some of whom have fled what they see as too pro-tenant policies in states like California and New York, are beginning to shift their bets accordingly.

They’re now seeking out multifamily assets in far smaller markets. Among the most popular cities are Memphis and Albuquerque, where rents are lower but landlords can still expect to raise them each year.

Take Kushner Companies, which is extending its reach into the Sun Belt. The firm is making its first apartment acquisition in Memphis and has been eyeing other cities in the southeast. It is focusing on areas of job growth, such as those near logistics centers, a sector that has performed strongly in recent months.

Investor dollars have also been flowing to Detroit and Las Vegas.

“It certainly happened in the last economic cycle,” he said. “Investors would move into second- or third-tier markets after New York and San Francisco were saturated, and cap rates had become too low.”

Some of those smaller multifamily markets have even outperformed major metros in the third quarter, according to CBRE. It found that occupancy rates and rent prices rose in several of those markets—compared to New York, San Francisco and Chicago, where property owners are dangling concessions amid rising vacancies.

“We look to invest where corporations are relocating, and where housing is affordable,” said Russell Appel, principal at New York-based Praedium Group, which paid $90 million for a 385-unit apartment complex in Phoenix in September. “Rental housing is like an essential service—people need a place to live.”

Jay Lybik, a Phoenix-based researcher at Marcus & Millichap as part of Institutional Property Advisors, said he has noticed a lot more interest in the Southwest with its proximity to California allowing it to attract renters who leave that state. Detroit, too, has seen more interest compared with last year, he said, and cities like Memphis are seeing more interest as companies expand logistics and warehouse centers.

Here are four multifamily markets getting increasing attention from investors:

Detroit’s high cap rates for multifamily assets promise greater returns, said Nick Kirby, a director at local commercial brokerage Greystone Bel. He contrasted that to core urban markets, where he said that cap rates are so low a property owner “can break a window and lose money.”

Still, investors may be worried about reputational risk. Six years ago, Detroit emerged from the country’s biggest municipal bankruptcy with strict financial controls imposed in exchange for slashing a portion of its debt. The city also has a long history of racial inequality deepened by discriminatory lending practices and disinvestment. As manufacturing jobs vanished, white people fled for the suburbs beginning in the 1950s.

But the Motor City has performed surprisingly well during the pandemic. From March through September, net effective rents were up 3 percent, and vacancy decreased 100 basis points, according to CBRE. That has contributed to investor interest and kept Kirby busy, he said.

In mid-November, a 64-unit multifamily building he listed went into contract just days after the buyer—a local investment group—completed an on-site inspection.

Investors who are able to move quickly may also have another advantage in Detroit: The lack of access to financing has restricted new supply.

Also, lots of longtime, less sophisticated property owners may leave hundreds of thousands of dollars on the table when they decide to sell—which can be a boon for more savvy or opportunistic investors.

“You can get much higher cap rates” for existing multifamily assets, Lybik said. But it’s not for every investor, he added.

“It most likely has to be a very unconventional deal,” he said. “That turns off a number of investors—but for those who want to take a little more risk, it’s attractive in the long run.”

Some larger investors, too, are noticing an increase in demand for affordable multifamily housing.

Stuart Boesky, CEO of Pembrook Capital Management, said that after Amazon broke ground on a 823,000-sq.-ft. distribution center where the Pontiac Silverdome once stood, the city’s public pension fund reached out. It had identified a shortage of housing for the employees and was making Pembrook aware of the opportunity.

The Las Vegas market has benefited from its relative proximity to pricey and supply-constrained Silicon Valley. Vegas’ more affordable housing has seen it flourish in recent months, experts say.

The city had a positive absorption rate of 1.6 percent in the third quarter, according to CBRE. Net effective rents also rose, and the overall vacancy rate was down in September, compared to March.

In Henderson, a suburb 16 miles from the Strip, the absorption rate increased to 4.3 percent. There, the average rent for an apartment is $1,300, compared with $1,400 nationwide.

Although multifamily rent collections declined 9 percent compared with pre-COVID levels, rent prices and occupancy levels both increased, according to a third-quarter report from Cushman & Wakefield.

Some recent deals include Benedict Canyon Realty’s acquisition of a 98-unit luxury apartment complex at 10620 West Alexander Road in July for $21 million. JB Partners, a private investment firm, acquired Tower at Tropicana at 6575 W. Tropicana Avenue and Gloria Park Villas at 3625 South Decatur Boulevard—not far from the Strip—for $82.5 million in August. The price was up from $62.5 million in 2017, when the assets last traded, public records show.

In May, when Gov. Michelle Lujan Grisham limited occupancy for university dorms across the state, apartment owners saw demand for their product spike. Desperate for digs, students poured into nearby properties, driving double-digit occupancy increases.

At the same time, multifamily broker Todd Clarke of NM Apartment Advisors said investors from coastal markets—frustrated with lockdowns in dense urban areas—have been calling, looking to move their families and their capital.

The payoff can be significant in Albuquerque, where the average cap rate is 6.62 percent, according to Colliers International’s third-quarter multifamily report. That follows a second quarter report—from CBRE—that found the vacancy rate in Albuquerque decreased while effective rents rose slightly.

A survey by moving company Hire a Helper from August showed that New Mexico saw a net population increase of 44 percent. That was the second highest percentage nationwide during the pandemic, the survey found, and in line with Albuquerque’s recent multifamily market churn, Clarke said.

“Property managers are telling us that occupancy is very tight,” he said. “We’re also seeing double-digit rent increases in some neighborhoods.”

Even with rent increases, those who come from more pricier cities may be startled when they find the average monthly rent in Albuquerque is only $900. That’s a strong motivator for tech workers freed from their Silicon Valley offices.

Tech giants have started taking notice. Facebook opened the first building in its data center in Los Lunas, a suburb to the south of Albuquerque, in 2019. Amazon is building a 465,000-sq.-ft. fulfillment center, and Netflix bought a production studio in downtown for $31 million in 2018; it included a generous incentive package from the city and state.

“I feel bad telling people our business is booming and we’re doing so well,” Clarke said. “But when you live in Silicon Valley and you’ve got to rent your neighbor’s dog to have a legitimate reason to go outside—the wide open spaces, the Wild West, and people golfing, hiking and biking, which are not really limited at all by wearing a mask or staying socially distanced—it looks super attractive.”

A little more action in Memphis

Second-quarter effective rents actually rose in Memphis, according to CBRE.

In October, Kushner Companies—whose 20,000-unit apartment portfolio is East Coast-dominated—about $31 million for a 256-unit apartment complex in the Cordova neighborhood.

Kushner’s Riley Wilson, who led the acquisition, said the strong fundamentals of the Memphis market—diversified demographics, an educated workforce and a continued supply of jobs—drew the firm’s interest.

“We plan to continue our growth in these dynamic cities and build on a large scale over the next several months throughout the Southeast,” he said.

The Memphis area is also getting a boost from the industrial surge. Amazon said it would open its sixth fulfillment center in western Tennessee this year, with an 855,000-square-foot warehouse. FedEx, which is headquartered in Memphis, reported a 20 percent surge in revenue in the third quarter, the Memphis Business Journal reported, mostly due to the increase in online shopping brought on by the pandemic.

“It’s very good for the rental market—a lot of the people working there will be renters,” said Steve Woodyard, CEO of multifamily brokerage Woodyard Realty. “The affordable housing side of that is really benefiting.”

Out of the 20 multifamily assets he has listed in Memphis, 15 are under contract—and he expected three more to follow in a matter of days.

And while New York and California both recently tightened existing limits on how much landlords can increase rent, Memphis has no such policy—at least for now.

“We’re getting a flood of New York and New Jersey investors because of rent control and recent law changes they’ve had,” Woodyard said. “They’re fearful they can’t maintain their buildings, and the rent can’t keep up.”