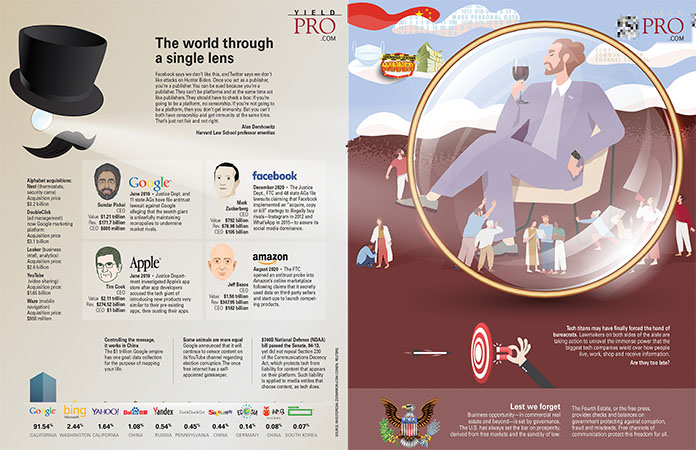 Facebook says we don’t like this, and Twitter says we don’t like attacks on Hunter Biden. Once you act as a publisher, you’re a publisher. You can be sued because you’re a publisher. They can’t be platforms and at the same time act like publishers. They should have to check a box: If you’re going to be a platform, no censorship. If you’re not going to be a platform, then you don’t get immunity. But you can’t both have censorship and get immunity at the same time. That’s just not fair and not right.

Controlling the message, it works in China

The $1 trillion Google empire has one goal: data collection for the purpose of mapping your life.

Some animals are more equal

Google announced that it will continue to censor content on its YouTube channel regarding election corruption. The once free internet has a self- appointed gatekeeper.

Yet did not repeal Section 230 of the Communications Decency Act, which protects tech from liability for content that appears on their platform. Such liability is applied to media entities that choose content, as tech does.

Tech titans may have finally forced the hand of bureaucrats.

Lawmakers on both sides of the aisle are taking action to unravel the immense power that the biggest tech companies wield over how people live, work, shop and receive information. Are they too late?

Business opportunity—in commercial real estate and beyond—is set by governance. The U.S. has always set the bar on prosperity, derived from free markets and the sanctity of law.

The Fourth Estate, or the free press, provides checks and balances on government protecting against corruption, fraud and misdeeds. Free channels of communication protect this freedom for all. 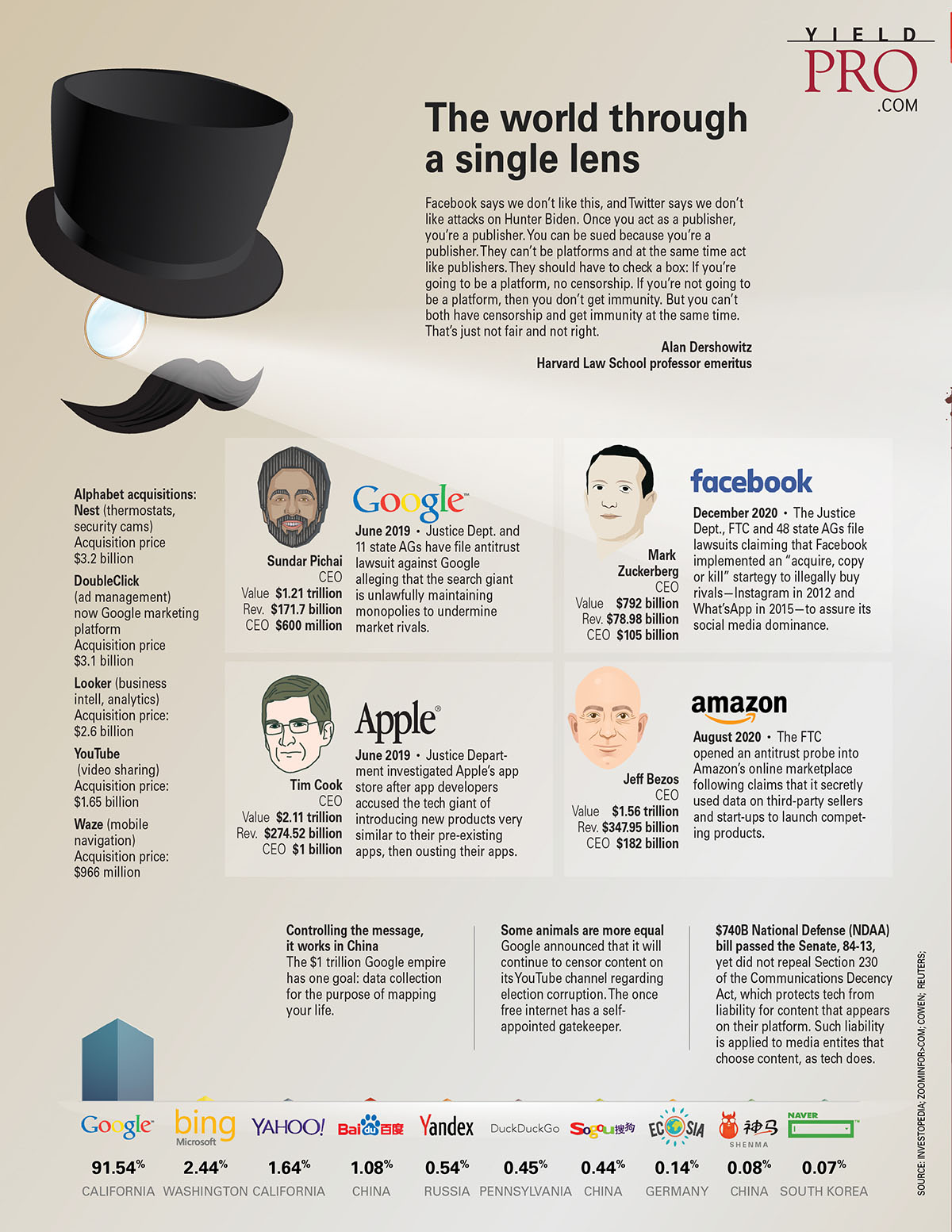 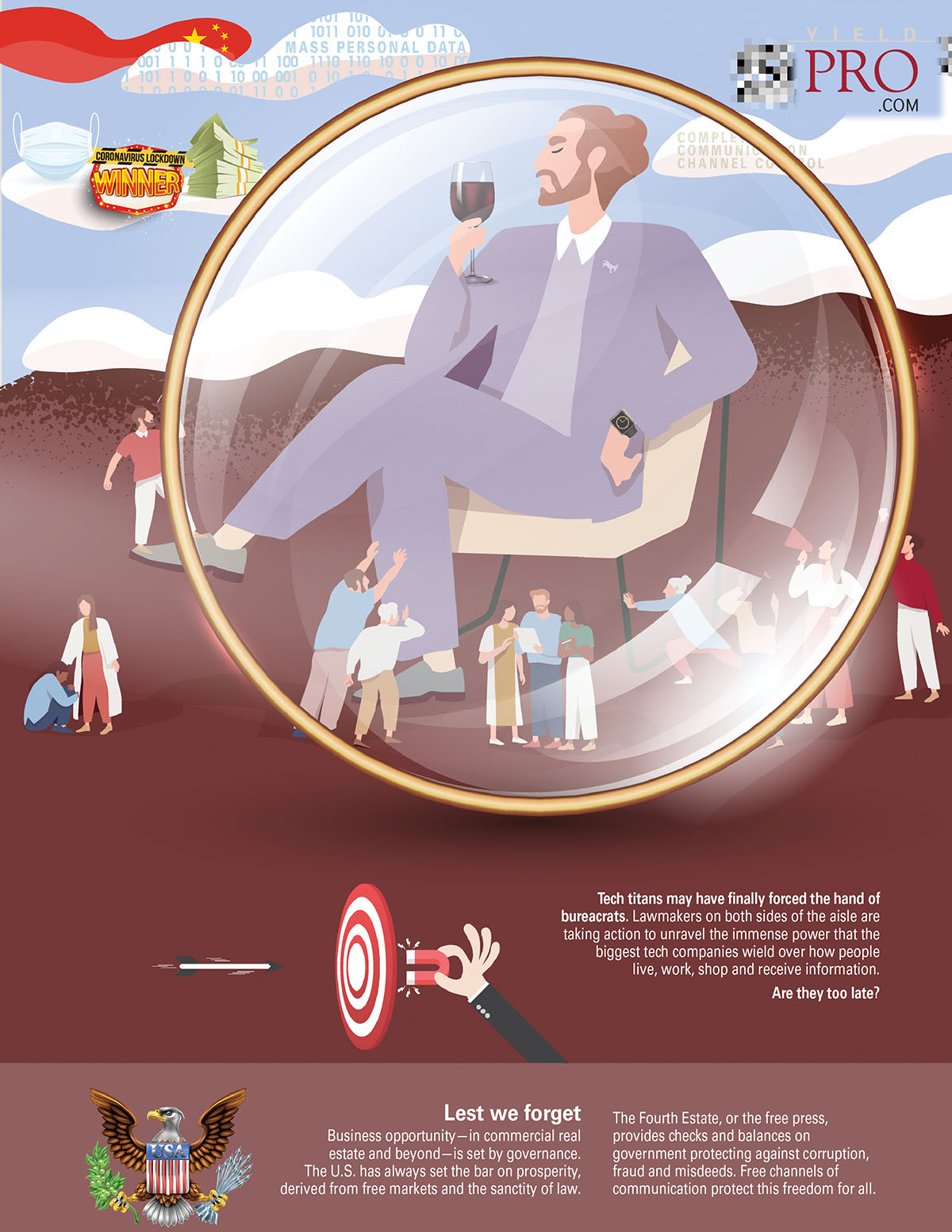