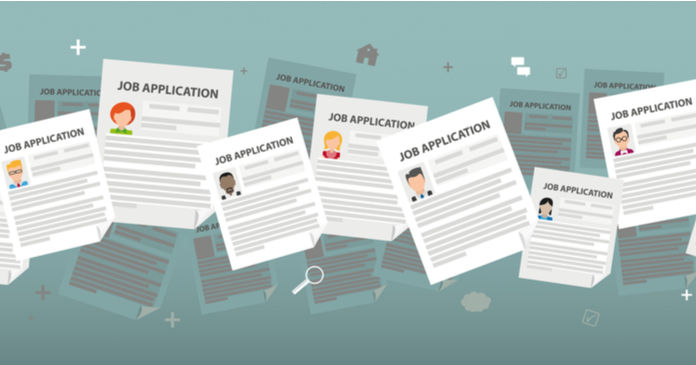 Two recent reports from the Bureau of Labor Statistics (BLS) describe the current labor situation. They are the Employment Situation Report for November and the Job Openings and Labor Turnover (JOLT) report for October. They show a slowly recovering labor market.

The BLS reported that the US unemployment rate dropped to 6.7 percent in November as total non-farm employment rose by 245,000. At the same time, the labor force participation rate decreased 0.2 percent to 61.5 percent of the adult population, reversing most of last month’s increase. 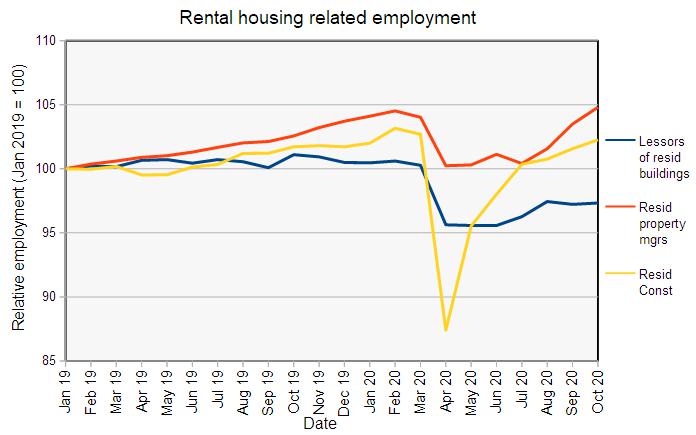 Employment for residential property managers has bounced back even more strongly. It is now fractionally above the recent high that it reached in January 2020. The preliminary figure for October puts employment in this category up 1.2 percent for the month and 2.2 percent higher than its year-earlier level.

The JOLT report shows that the overall private labor market has a high number of hires and separations even in a “normal” labor market, such as existed in 2019. The net gains or losses in employment are based on small differences between these two large numbers.

The latest report shows that the labor market continues to chip away at the massive losses in employment which took place in March and April. This is shown in the first chart, below. 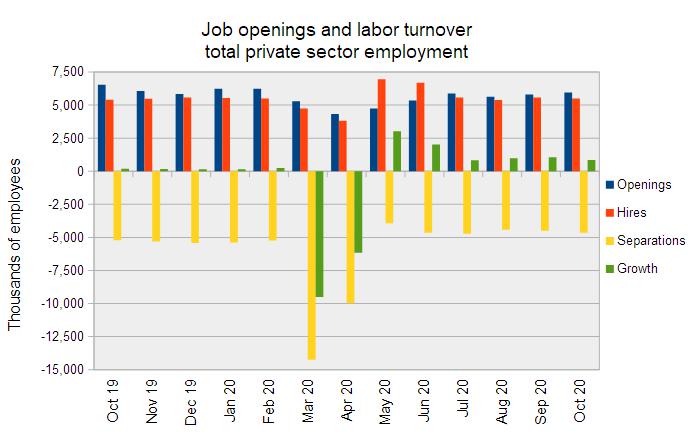 The last two month’s data had shown the recovery in jobs accelerating from the low pace it had reached in July. However, the preliminary data for October shows jobs growth, while still strongly positive, slowing down to near July’s level. While the number of job openings in October increased to its highest level since February, the pace of hiring declined slightly. At the same time, the number of separations was up for the month, so both separations and hiring contributed to the decline in number of jobs added. The increase in separations was driven almost entirely by an increase in involuntary separations (layoffs). 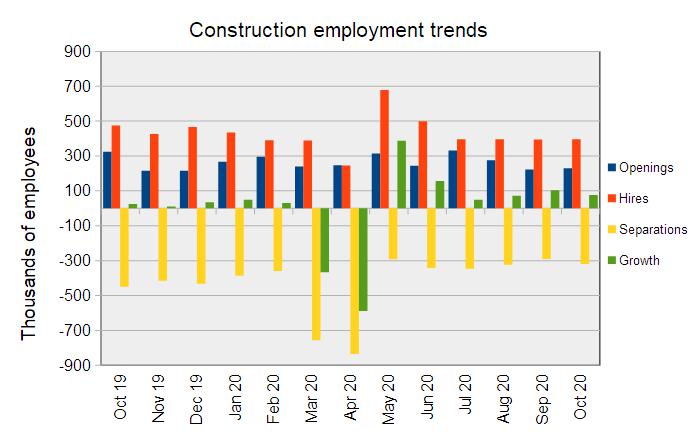 The real estate and rental and leasing (RERL) jobs category, which includes people who manage multifamily properties, experienced a return to jobs growth in October after a net loss in jobs in September, according to the JOLT data. This is shown in the next chart, below. 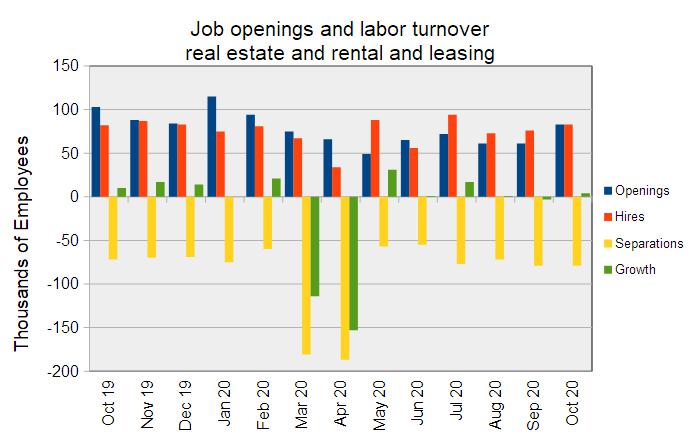 The return to growth for this jobs category was driven entirely by a pick-up in hiring. Separations were unchanged for the month, with a 25 percent jump in voluntary separations (quits) being offset by a decline in other separations. Given that job openings were up 36 percent for the month, the surge in job openings may be encouraging people to seek new opportunities.