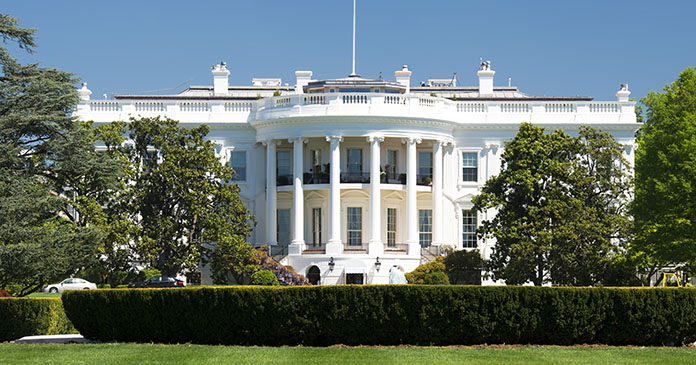 Because the 2020 election was largely a referendum on President Donald Trump, many of Joe Biden’s policy proposals have been overlooked until now. The recent announcement of some of his cabinet picks shows that he is more establishment than revolutionary. While it’s great that he is not stumping for communism, a review of his website shows that he is in favor of policies that have good intentions that will likely conclude with unintended harmful results.

One of the Biden Campaign’s main themes was “Rebuild the Middle Class.” Most Americans consider themselves middle class, either due to their current income or the type of lifestyle they experienced when they grew up. Typically middle class is considered a household with an annual income between $47,000 -$141,000. Studies show that the middle class is shrinking with most people moving upward.

Prior to COVID, household incomes were increasing after the GOP’s tax reforms. But since March, many Americans are experiencing the worst financial period of their lives. Biden wants the economy to recover and his plan to rebuild the middle class includes policies that will raise taxes on businesses, raise taxes on individuals, and make labor more expensive for businesses.

These are not new ideas but one thing about Biden’s plan that is relatively new is that he is taking the position that housing is a human right.

“Housing should be a right, not a privilege,” the Biden website states. “Joe Biden will invest $640 billion over 10 years so every American has access to housing that is affordable, stable, safe and healthy, accessible, energy efficient and resilient, and located near good schools and with a reasonable commute to their jobs…”

Investing in communities through housing

One of Biden’s plans to make housing more affordable is that he will issue Section 8 vouchers to anyone who spends more than 30 percent of their income on rent. The intention of this policy is that it will free up funds that renters can later use to save and one day use as a down payment for their own home. One likely unintended result of this policy is that landlords will raise rents without the renter feeling the pain of the increase because the faceless taxpayer will pick up the difference.

Likewise, Biden also proposes to offer a permanent tax credit of $15,000 for anyone making a down payment on their mortgage. This is intended to lower the bar so that more people can afford a mortgage. This will also create an increased demand for homes to own and will help lead to the price of a house increasing. In fact, home prices on average have been increasing every year since 2014 in part because record low interest rates have made getting a mortgage more affordable to millions, which has in turn already created high demand.

Biden’s plan assumes that if the supply of houses increases to meet rising demand, then prices should stabilize or even fall. He wants to use $100 billion tax dollars to construct and upgrade affordable housing. It will likely be private contractors that are politically connected who are awarded this work, with a large bureaucracy to oversee it.

A better way to expand the supply of low-income housing would be to make all new construction that meets that requirement exempt from income taxes. The IRS considers property developers who buy and improve land for sale to be property dealers and the profits from these sales are taxed as normal income with rates.

“Here’s the rub: the federal income tax rules generally treat a land developer as a real estate ‘dealer,’ Bill Bischoff points out at Marketwatch. “As such, your profit from developing and selling the land is considered profit from selling ‘inventory.’ That means the entire profit—including the portion from any pre-development appreciation in the value of your land—will be high-taxed ordinary income rather than lower-taxed long-term capital gain.”

Because of this, an individual investor could be paying federal tax rates as high as 37 percent on their profits along with state and local taxes.

With a tax exemption, a developer could keep 100 percent of the profit they make while providing a product that benefits the poor. This would almost certainly spark development.

Taxpayer dollars, meanwhile, are saved and the location and quality of the housing would most likely be improved because property developers tend to know their local markets better than a bureaucrat in Washington ever could. Housing would also be constructed much faster when left to individuals in the free market.

When the federal government steps in with a plan to make something more accessible and affordable there is always a backfire. For example, the cost of college tuition has exploded over the past three decades because of government guaranteed student loans.

When housing is declared to be a human right with the power of Washington willing to step in and pay part of someone’s rent with no questions asked, then the landlord is going to raise the rent because he can easily make more money.

As Steven Pearlstein writing for the Washington Post noticed a decade ago, a culture of subsidies inflates costs. College, healthcare, and home ownership have all increased in price because when someone else is paying a portion of the cost, consumers are either unaware or don’t care about what the overall cost is. The only thing they are paying attention to is what amount of money is coming out of their pockets.

With the old Washington establishment back in power at the White House, we’re going to be seeing more reincarnations of poor policies for at least the next four years, unfortunately. The rich and connected will get richer and some people on the bottom will also benefit, but it will all be at the expense of the middle class and US taxpayers.

August 4, 2021
On August 3, the CDC issued a new extension to its moratorium on evictions. The latest extension is scheduled to run until October 3,...