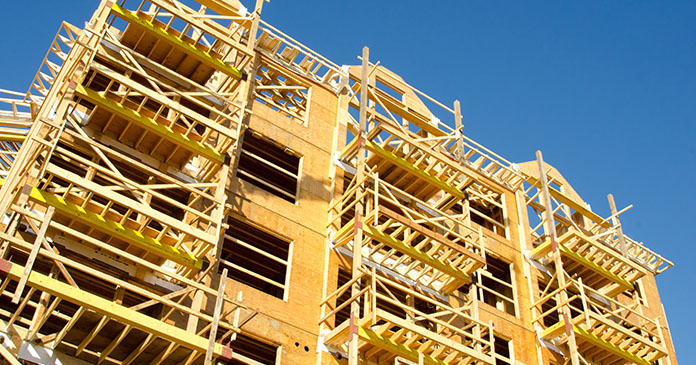 Low rates of household formation since the Great Recession have caused 5.7 million “missing” households, a new Zillow analysis finds. These missing households represent people who historically would have moved into their own home but have been unable or unwilling to do so, and should keep housing demand high for many years to come as the market catches up.

Americans of every age group and ethnicity are forming households at lower rates than before the Great Recession, meaning they are either living with parents into adulthood or doubling up with roommates instead of buying or renting a home on their own or with a partner. Lower rates across the board may indicate the market is struggling to provide enough affordable homes overall, not necessarily that a shift in preferences among a particular group is causing the decline.

If rates had remained at pre-Great Recession levels, there would be 5.7 million more U.S. households today. Whether or not household formation rates begin to recover in the coming years, the missing households from the past 15 years and the large Millennial generation aging into peak homebuying age should keep housing demand high for the foreseeable future.

That’s not to say interest in forming households has waned over that period. It’s likely that the people represented by these missing households would like to move out on their own at about the same rate as previous generations, but a number of long-term financial and housing factors have come together to make homeownership and household formation more difficult. Household formation rates had begun to turn a corner in 2018 and 2019 during the longest economic expansion in history, suggesting many will form households if they can overcome affordability and credit challenges.

“The housing crash set back millions of Americans on the path to having their own place to call home, whether they owned or rented it,” said Zillow senior economist Jeff Tucker. “Between a wave of foreclosures, rising rents, and underbuilding of new homes, the housing market became much harder to crack into from 2006 to 2017. The last two years showed that when the economy is firing on all cylinders and most Americans have access to decent jobs, more of them will be able to find a home of their own. The sooner we can put the pandemic and 2020 recession behind us, the sooner access to housing can resume its expansion.”

The mid-2000s financial collapse began a domino effect. Roughly $6 trillion in real estate equity vanished during the housing crashi, impacting the ability of many families to pass down wealth to their children. Young people who finished school around the late 2000s faced a soft job market, which can have long-lasting effects on a person’s finances and their ability to start a new household; Previous Zillow research has shown it takes about six years for homeownership rates of those who graduated college during a recession to catch up with those who graduated during better economic times.

These financial concerns have been compounded by housing market dynamics. Construction was depressed for several years after the Great Recessionii and even now remains low by historical standards—we were building about three homes per 1,000 Americans per year in early 2020, compared to a historical average of almost four. Some of the challenges holding back new construction include a shortage of buildable land and the financing to acquire it; shortages of labor, as job openings for construction workers remain unfilled; and permitting processes that add time and cost to the construction process.

“Solid fundamentals remain for the housing market, including low interest rates and high consumer demand. However, financing to invest in lots, land and inventory has been a significant challenge for private builders,” said Todd Pyatt, owner of Pyatt Builders. “Builders are still reacting to land, material and labor constraints that have dampened construction over the past decade or so. While the new home market has had its best year since the downturn, there will continue to be a slower recovery due to those constraints.”

In part because of years of underbuilding, demand has largely outpaced supply in recent years, pushing up prices so that homeownership is out of reach for many. Less access to homeownership means higher demand in the rental market and higher rents, making it more difficult to save for a down payment and ultimately pushing some to double up with roommates or family members.

The pandemic-induced recession we are facing today will likely reverse many of the gains from the past two years, though recent data suggests many young adults who moved back in with parents this spring and summer have since moved back out. It’s yet to be seen whether Gen Z as a whole will fare better than Millennials in terms of household formation, and the long-term course of the recession and construction levels will go a long way towards determining that.