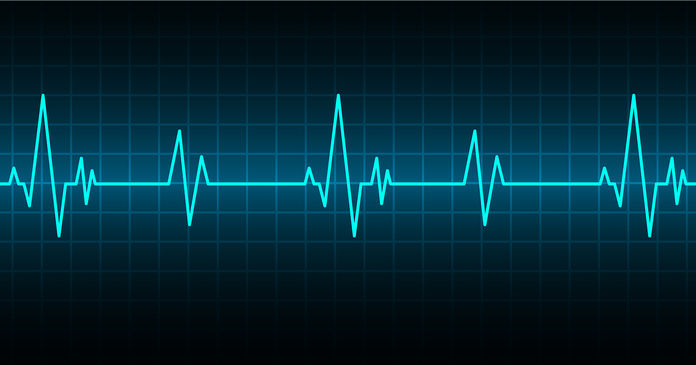 The latest version of the Census Bureau’s Pulse Survey once again shows that an increasing portion of renters are falling behind on their rent payments.

The Pulse Survey is an experimental program that the Census Bureau has been running to assess how the population of the country is reacting to the fallout from COVID-19. Early on during the pandemic, Census surveyed the US population weekly. Lately, Census has been releasing survey results every two weeks. The current survey, designated Week 22, collected data from January 6 through January 18, 2021.

This survey asks a variety of questions about how the respondent is coping financially including questions about paying for housing. A difficulty in using the survey is that the results are presented based on the number of adults responding in a certain way, not on the number of households. Different households could have different numbers of adult members. When looking at housing, a view from the perspective of households would have made more sense.

One of the questions that the Pulse Survey asks of renters is whether they are current on their rent. While some say that they occupy their housing without paying rent and some did not report whether they are current on their payments, the majority of respondents answered the question Yes or No. The portion of respondents who answered yes or no saying that they are not current has grown over time.

The week 13 Pulse Survey taken in late of August – 15.3 percent were not current.

The week 16 Pulse Survey taken in early October – 16.2 percent were not current.

The week 21 Pulse Survey taken in mid-December – 19.2 percent were not current.

The week 22 Pulse Survey taken in early to mid-January – 20.8 percent were not current.

For reference, the NMHC rent tracker showed that 88.6 percent of renters at 11.6 million professionally managed apartments had made at least a partial rent payment for January by the 20th of the month. This percentage has been slowly slipping since October’s survey. Note that making a partial payment does not mean that the renter is current. Also, the units covered by the rent tracker represent only about 29 percent of the approximately 40 million occupied rental housing units in the United States. Many of the rental units not covered by the rent tracker are multifamily properties owned by smaller operators, and many more are single family rentals.

Who is current, who is behind?

The Pulse Survey asked a series of questions to determine the characteristics of the different households responding to the survey. One question was how many people are in the household. The responses are shown in the first chart, below. The bars show the percentage of respondents within a particular category (current or not current on rent) who responded a certain way. What the chart shows is that households with more people are more likely to be behind on their rent. Note that a two-person household could consist of two adults or of an adult and a child. The survey does not distinguish between them. 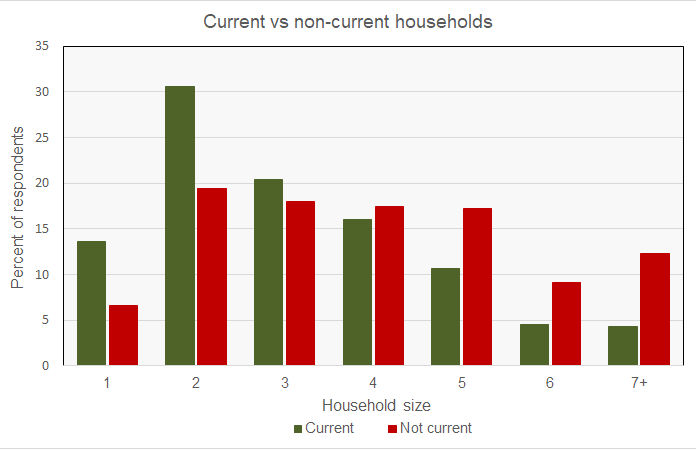 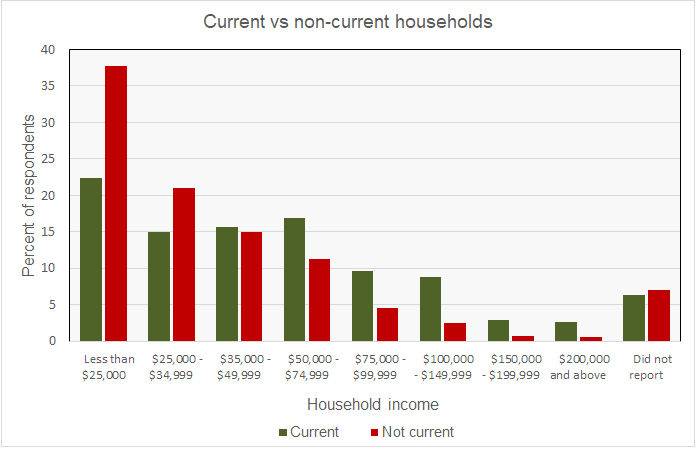 This survey was taken after the passage of the latest COVID relief bill by Congress. However, it is unlikely that much of the aid the bill provides had reached the respondents by the time they answered the survey. We may have to wait for the next Pulse survey to see what is its impact.