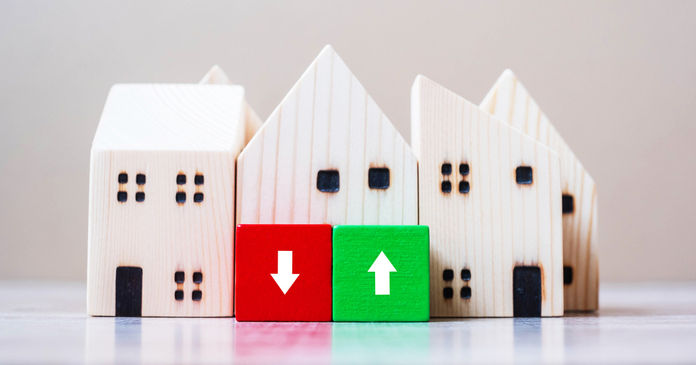 The latest rent reports from Yardi Matrix and Apartment List continue to show declining rents for the country as-a-whole. However, they both also show wide variations in results between different metro areas.

It is not unexpected that rents would fall in December. The winter months are the slow time of the year for rental activity and rents are often soft during that time. However, this year has been anything but typical as is illustrated in the first chart, which is taken from the Apartment List report.

The chart shows how COVID-19 related shutdowns put pressure on rents during the spring, which is the time when rents start to increase during a normal year. However, in 2020, rents fell during the spring before rebounding slightly in late summer when the economy began to reopen. Tightening shutdowns in the fall, along with normal seasonality, caused rents to decline again late in the year.

Both reports note once again this month that there are wide variations in rent growth between different markets. Both reports point out that the cites that have seen the largest year-over-year declines in rents are often high-priced coastal “gateway” cities. These are the cities that have had some of the highest rents in the country in recent years.

The metros with the largest annual rent declines as ranked by Yardi Matrix are given in the first table, below, along with the annual rent changes listed for the metros in the two reports.

The COVID-19 pandemic continues, along with the lock-down orders and closures in reaction to it, to be the primary driver changing the housing market. This has caused an increasing divergence in rent growth between metros as renters’ location preferences change in response to the new environment. For example, the difference in annual rent changes for the major metro with the highest rent growth in the Yardi Matrix report for December 2020 (Inland Empire +7.3 percent) and that with the lowest rent growth (San Jose -13.7 percent) is 21 percent. In the December 2019 report, the difference between the highest (Phoenix +7.7 percent) and lowest (San Jose -0.3 percent) ranking metros for rent growth was only 10 percent. COVID-19 has widened the performance gap between metros and also between urban cores and their surrounding areas.