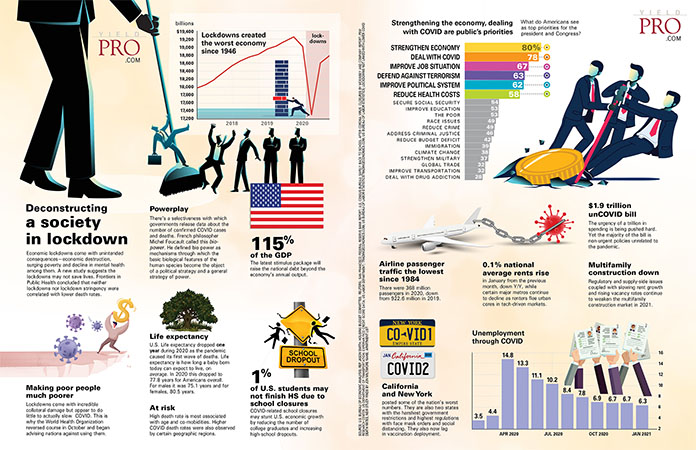 Economic lockdowns come with unintended consequences—economic destruction, surging poverty and decline in mental health among them. A new study suggests the lockdowns may not save lives. Frontiers in Public Health concluded that neither lockdowns nor lockdown stringency were correlated with lower death rates.

Lockdowns come with incredible collateral damage but appear to do little to actually slow COVID. This is why the World Health Organization reversed course in October and began advising nations against using them.

There’s a selectiveness with which governments release data about the number of confirmed COVID cases and deaths. French philosopher Michel Foucault called this bio- power. He defined bio-power as mechanisms through which the basic biological features of the human species become the object of a political strategy and a general strategy of power.

U.S. Life expectancy dropped one year during 2020 as the pandemic caused its first wave of deaths. Life expectancy is how long a baby born today can expect to live, on average. In 2020 this dropped to 77.8 years for Americans overall. For males it was 75.1 years and for females, 80.5 years.

The latest stimulus package will raise the national debt beyond the economy’s annual output.

1% of U.S. students may not finish HS due to school closures

Strengthening the economy, dealing with COVID are public’s priorities

What do Americans see as top priorities for the president and Congress?

The urgency of a trillion in spending is being pushed hard. Yet the majority of the bill is non-urgent policies unrelated to the pandemic.

Airline passenger traffic the lowest since 1984

In January from the previous month, down Y/Y, while certain major metros continue to decline as renters flee urban cores in tech-driven markets.

posted some of the nation’s worst numbers. They are also two states with the harshest government restrictions and highest regulations with face mask orders and social distancing. They also now lag in vaccination deployment. 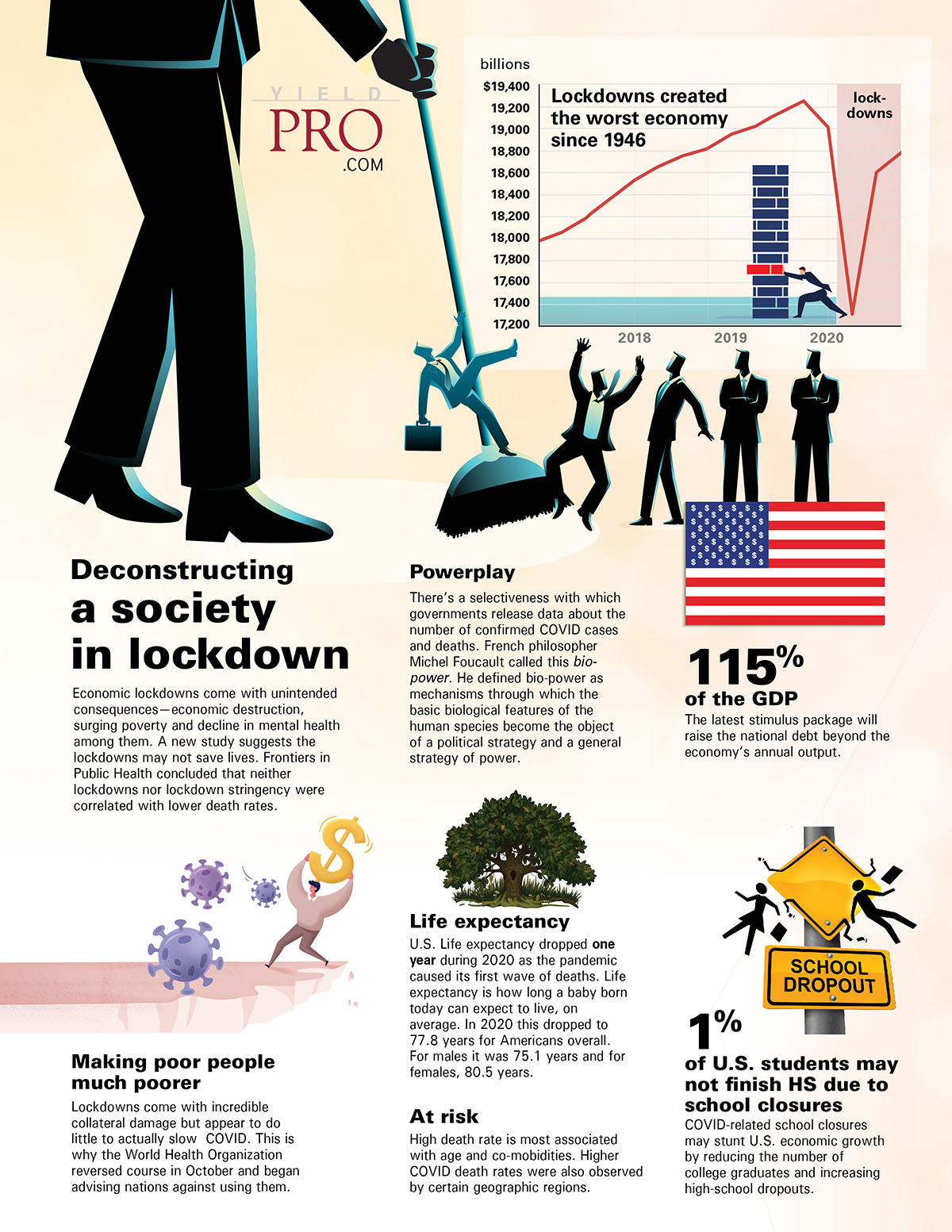 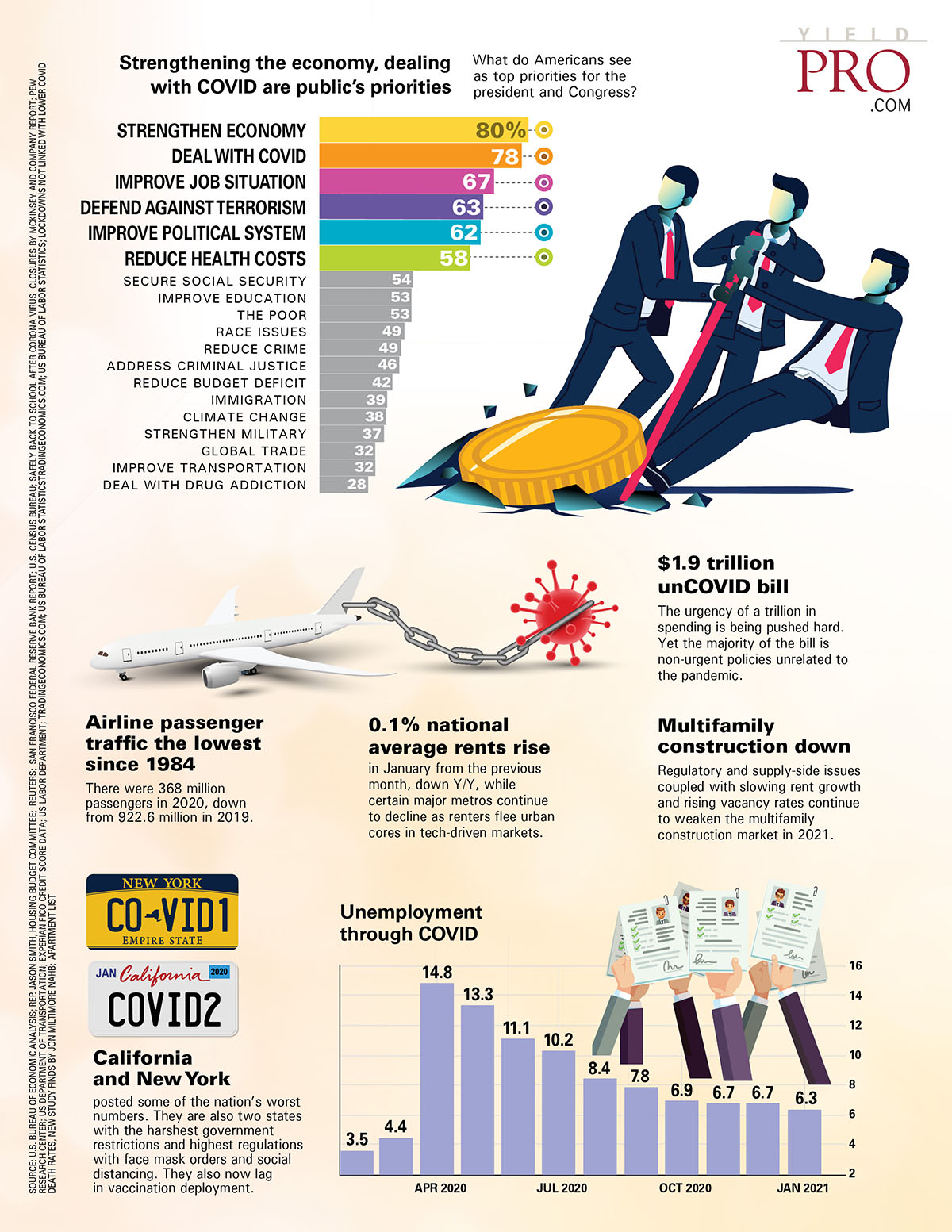