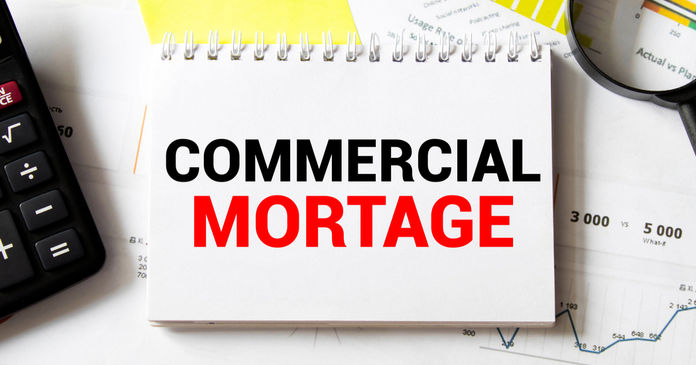 A report from the Mortgage Banker’s Association (MBA) says that the multifamily mortgage market rebounded in Q4 of 2020 with originations reaching a multi-year high.

The first chart, below, shows the quarterly origination volume indices for both commercial mortgages as-a-whole and for multifamily mortgages as reported by the MBA. The indices are defined relative to the year 2001, with the average quarterly volume in that year defined as a level of 100. 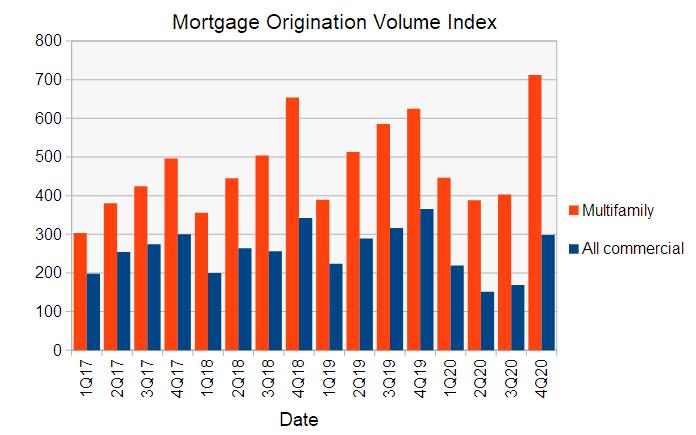 The pattern for the last several years was for the rate of originations to rise throughout the year and then to drop back down in the first quarter of the next year. The pattern was broken this year as the onset of the COVID-19 pandemic suppressed commercial loan activity in Q2 and Q3. In those quarters, multifamily mortgage originations were down by 24 percent and 31 percent respectively from their year earlier levels. However, multifamily mortgage originations bounced back strongly in Q4.

The MBA report also includes data on the sources of the mortgages being originated. It defines four categories of lenders: commercial mortgage-backed securities (CMBS) and conduits, commercial banks, life insurance companies, and the government sponsored entities (GSEs), Fannie Mae and Freddie Mac. As before, the index values are quoted relative to the average quarterly origination volumes in the year 2001. The index values of different originators cannot be used to compare their absolute levels of mortgage originations since their origination levels in the baseline year of 2001 were different. However, the index values can be compared to see which originators are growing their business and which are not.

In Q4 2020, the origination index for the GSEs was up 84 percent from that in Q4 2019. The equivalent figure was -33 percent for life insurance companies, -40 percent for commercial banks and -64 percent for CMBS/conduit lenders. 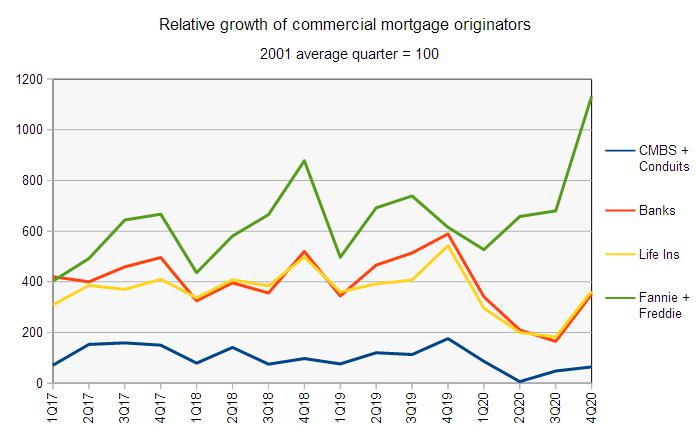 Total commercial mortgage originations from the GSEs was actually 18 percent higher in 2020 than in 2019, despite the pandemic.

The full report from the MBA also includes information on lending for other commercial property types. It can be found here.