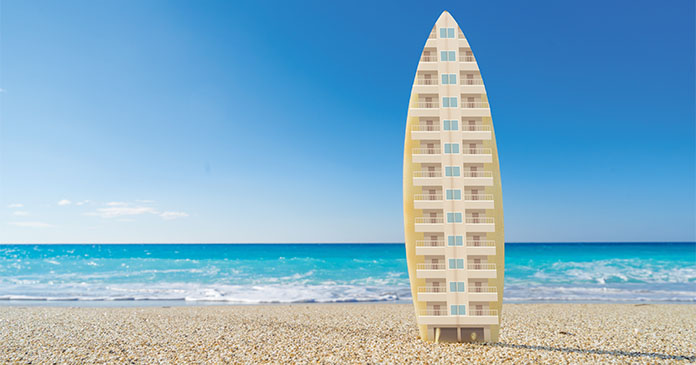 While vacancy rates have increased this year, they are still well below the long-term average of 5.2 percent to 5.4 percent.

National apartment vacancy rates are rising, but a new multifamily report from Moody’s Analytics REIS says that the higher rate isn’t a concern. The multifamily vacancy rate increased 30 basis points this year to 5 percent, but the rate has remained well below the long-term average of 5.2 percent to 5.4 percent.

Two factors are helping to stabilize apartment occupancy: the relatively low COVID fatality rate and national eviction moratoriums, according to the Moody’s report.

Although COVID infections have become more severe, the death rate has remained stable throughout the pandemic with minimal impact on household population formation. In addition, the eviction moratorium has stifled household movement through most of the U.S.

Moody’s is forecasting rising apartment vacancy through 2021, but the rate should not exceed historical peaks during economic dislocation. By the middle of next year, the report anticipates national apartment vacancy of 6.5 percent, significantly below the vacancy rate of 8.1 percent in early 2010, the current record.

Thankfully, new construction activity has moderated since the start of the pandemic, helping to subvert a supply-demand imbalance. Apartment deliveries have declined 30 percent this year over 2019 construction rates. Of course, ongoing construction projects have continued in 2020, and most will deliver in 2021, supporting Moody’s forecast of increased vacancy through next year. After 2021, Moody’s anticipates the vacancy rate will decline sharply.

Even this nominal decrease in apartment occupancy has put downward pressure on rents. National rents declined 1.8 percent in the third quarter and effective rents fell 1.9 percent. These are substantial declines in apartment rents—the worst on record since Moody began recording data in 1999—and a notable event considering the asset class is generally stable during periods of recession.

By the end of the fourth quarter, it is likely that apartment rents will be down 2.6 percent and effective rents will decrease 2.8 percent for the year.

On the bright side: apartment rent declines have started to slow. The December 2020 National Rent Report from Zumper found that median apartment rents remained flat in December.

And Zillow predicts that slipping rent growth will make a full recovery in 2021.