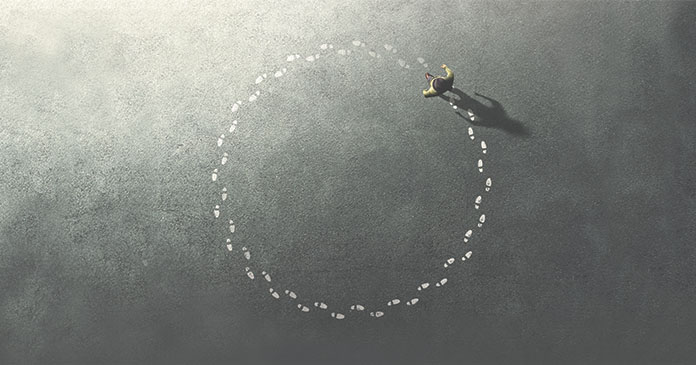 Apartment investments are still an attractive bet, but income pressures are mounting on some properties.

Renters have racked up a stunning $70 billion in unpaid rent since the start of the economic crisis cause by the coronavirus, according to an analysis of Census data by Moody’s Analytics. And that pain is not evenly spread. Top tier properties tend to have residents who have been less affected by the pandemic and who have been able to continue to pay regularly.

Meanwhile class-B and class-C apartments, where residents have been more likely to have hours cut or lost their jobs entirely, have increasingly struggled to collect rents, especially as the federal government was slow to extend further aid after initial rounds of legislation helped keep many Americans afloat throughout the first half of 2020.

A relief package passed by Congress in late December includes $25 billion in rental assistance, $600 direct payments to individuals who qualify and a reinstatement of some extra unemployment benefits. Those measures should all help residents, but observers are looking to the Biden administration’s proposed $1.9 trillion in additional COVID-19 relief as necessary help to struggling Americans.

“The foundation of the rental housing industry is under extreme stress,” says Bob Pinnegar, president and CEO of the National Apartment Association, based in Arlington, Va. “As cracks widen the ramifications will be felt throughout all segments of the industry and exacerbate the housing affordability crisis.”

“Residents who are months behind on rent, on top of other bills, continue falling into deeper distress while housing providers are still left holding the bag and forced to find ways to continue operations absent rent,” says Pinnegar.

Millions of people have lost jobs in the pandemic—especially in hard-hit industries like retail, hospitality and restaurants.

Housing advocates are worried that millions of renters could be evicted from their homes—hurting these families and leaving the rent still unpaid. A temporary moratorium on evictions has provided temporary protection—but that does nothing to address the amount of unpaid rent as it grows month by month. The average renter who has missed payments owes nearly four months for a total of $4,625, accord to NAA.

In December, Congress spent another $900 billion to support people and businesses hurt by the pandemic, including $25 billion in rental assistance to help some renters catch up on missed payments—but that only covers about a third of the $70 billion need.

“More needs to be done,” says Pinnegar. “Robust and well-funded federal rental assistance is ultimately the quickest way to get money to those who need it.”

Renters who live in more expensive, professionally-managed apartments in larger buildings have often had better luck in the pandemic. The outlook for many of these properties is so strong that investors have been buying and selling them at prices and cap rates similar to before the crisis.

“The class-C stock tends to have a lower payment rate,” says Caitlin Sugrue Walter, vice president of research for the National Multifamily Housing Council (NMHC). “Class-A has the highest.”

More than nine-out-of-ten (93.8 percent) of renter households at professionally-managed apartments had made a full or partial payment for the month by the end of December, according to the Rent Payment Tracker survey by NMHC, which gathers data on 11.3 million professionally-managed apartments from five leading property management software systems. That’s more than a quarter of the 43 million rental apartments in the U.S.

The percentage of people who paid rent in December 2020 is only two percentage points less than the 95.9 percent of renters who had made their rent payments by the end of December 2019—before the coronavirus scrambled the U.S. economy. However, that still represents significant losses.

“Even one percentage point of deterioration represents a lot of households and lost income for landlords,” says NMHC’s Walter.

Also, these problems could become worse. “As the pandemic slogs on, renters of all demographics may face new or ongoing financial difficulties as employers make the difficult wage and staffing decisions necessary to remain afloat,” says Pinnegar.

The first tracker reading for the new year found 76.6 percent of apartment households made a full or partial rent payment by January 6. This is a 1.7 percentage point, or 192,613 household decrease from the share who paid rent through January 6, 2020 and compares to 75.4 percent that had paid by December 6, 2020. 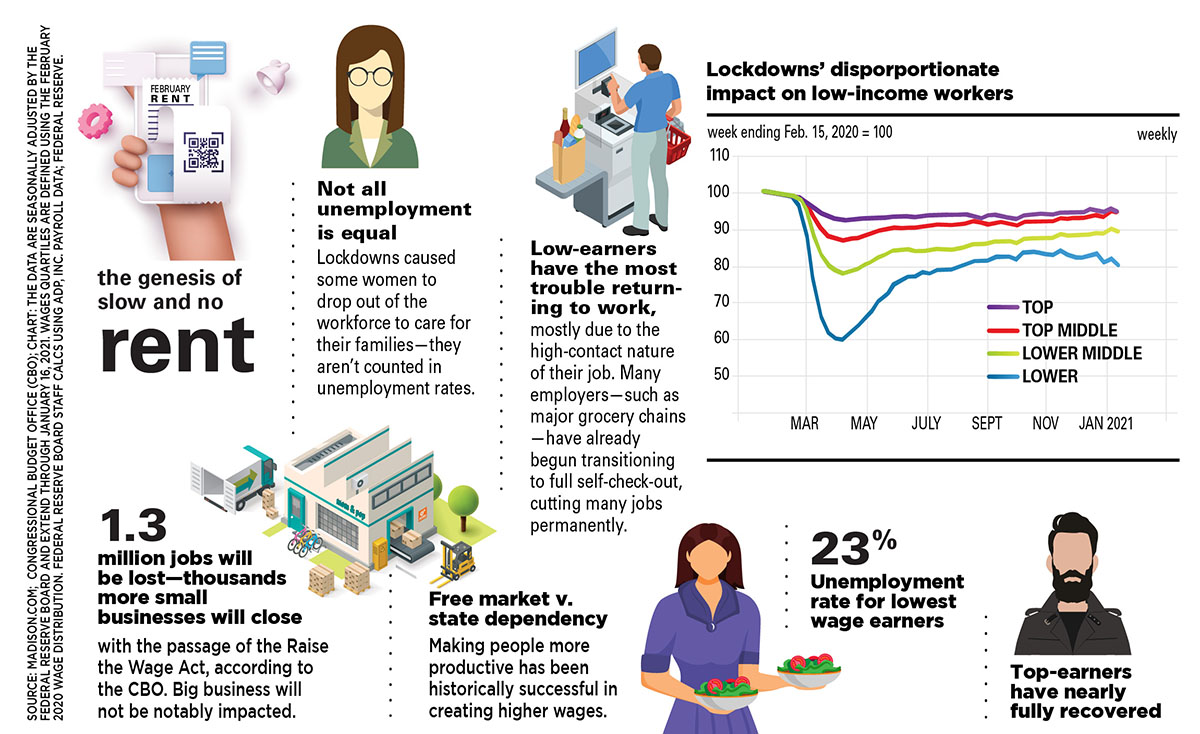 Many people who have missed rental payments live in less expensive, class-C apartments buildings—especially in small, two-to-four unit buildings, according to Walter. So far, few of these owners have been forced to sell—and such properties are generally too small to attract institutional investment.

Because of their size, these buildings are especially vulnerable when an apartment stops earning rent. “If you have a duplex and one is empty it’s a much bigger deal,” says Kevin Donnelly, vice president for government affairs for NMHC.

The landlords of these smaller buildings are often vulnerable themselves. “NAA surveyed its members over the summer, and nearly one-in-five owners of two-to-four-unit properties said they could not sustain operations for more than a year at current delinquency rates,” says Pinnegar.

Landlords of two-to-four-unit buildings earn less than those who own single-family homes or large multifamily buildings—about a third (34 percent) are older than 65 and are mostly retired and unlikely to have another source of income. At $35,500, the median household income of residents in two-to-four unit buildings is the lowest among the four types of rental units, according to the Urban Institute.

“Small mom-and-pop owners rely on rent to pay their bills and keep their rental properties operational,” says Pinnegar. All but 10 cents of a rent dollar goes to the mortgage, taxes, maintenance and operational expenses. “Many of these owners have burned or are currently exhausting their reserves to cover those critical expenses… There is a risk of losing these units from the rental housing stock entirely.”

For now, few apartment properties have fallen behind in their own mortgage payments. Fannie Mae reports that only about 1 percent of the multifamily loans in its portfolios are more than 60 days delinquent, according to a third quarter report from the Mortgage Bankers Association.

That’s up from a delinquency rate of close to zero before the pandemic.

“I have not heard of a high uptick in forbearance,” says NMHC’s Donnelly. “Most property owners have been able to drag on for now.”