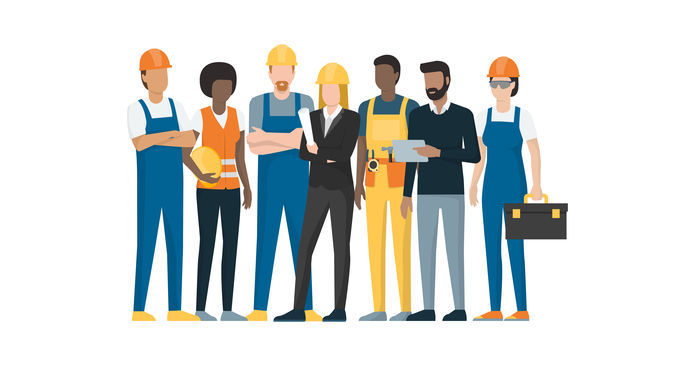 The Employment Situation Report for February from the Bureau of Labor Statistics (BLS) shows little change in employment in jobs categories of interest to builders and operators of multifamily housing.

The BLS reported that the US unemployment rate dropped to 6.2 percent in February, with total non-farm employment increasing by 379,000 jobs. The labor force participation rate is now at 61.4 percent, down 1.9 percent from the year-earlier level. 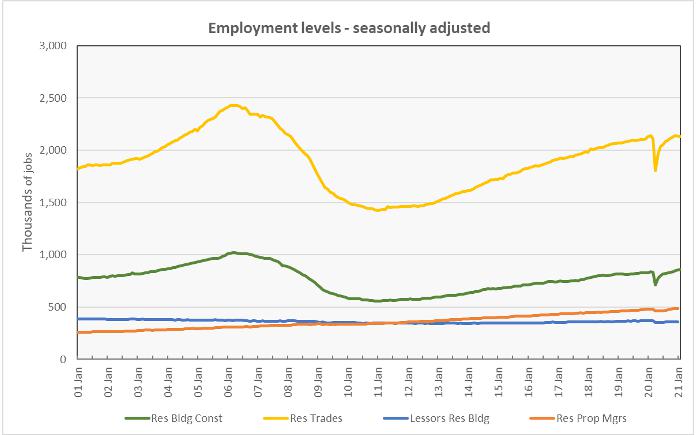 Employment in residential building construction, usually with general contractors, was up 0.6 percent in February to 857,900 jobs. It has increased every month since April 2020, and it is now up 0.3 percent from its level in February 2020. However, residential building construction employment is still down 16 percent from its level in April 2006 at the height of the housing bubble.

Total employment in these two categories of residential construction jobs taken together was nearly unchanged in February from the month before.

Some of the weakness in construction employment reported for the month may have been caused by the bad weather that affected large regions of the country during February. If so, we may see a rebound in March.

Employment for residential property managers has recovered all of the jobs lost in the COVID shutdowns. Employment in January was up 0.3 percent from its level in February 2020 at 483,300 jobs. However, employment was down slightly for the month, falling 0.6 percent from December’s level.

The recovery of employment for lessors of residential buildings continues to lag. It is still 2.8 percent below its level in February 2020 at 358,600 jobs. January employment in this category was also down compared to December with a loss in jobs of 0.6 percent.

Total employment in these two categories is back to its level in December 2020 and is 1.0 percent below its level in February 2020. 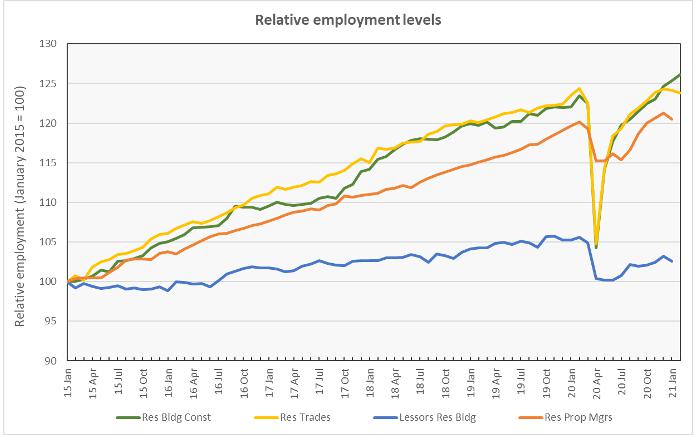