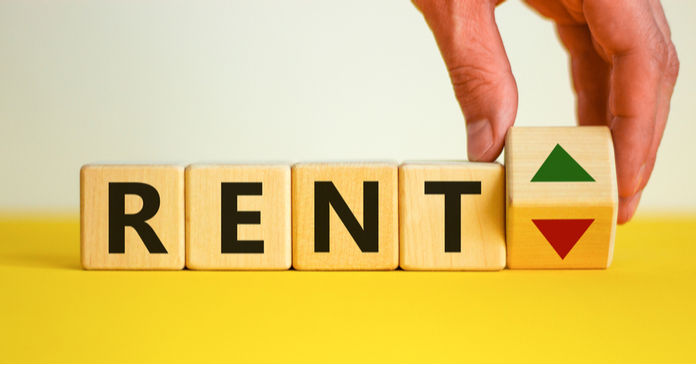 The latest rent reports from Yardi Matrix and Apartment List show positive rent growth for the country as-a-whole in February.

The chart shows the February-to-February pattern of changes in the national average rent over the past 4 years. The negative impact of the COVID-19 pandemic on rents is clearly visible the March to August portion of the 2020-21 curve, where the rent growth season never materialized. So far, the 2021 rent growth season is off to a strong start, although it is still early days.

The names remain the same

The lists of metros with the highest and lowest changes in annual rents remained very similar to those of last month. In fact, the list of 10 metros with the greatest rent declines is unchanged except for the 10th spot. There, Houston edged out Orlando for the dubious honor of being included on the list.

The list of metros with the highest year over year rent growth had the order of the cities shuffled a bit but the only new name on the list was Kansas City, which bumped Charlotte from the list.

According to the Apartment List data, all of the top metros experienced positive rent growth for February. According to Yardi Matrix, only six of the top 30 metros saw rents decline for the month, They were Seattle, San Francisco, New York, San Jose, Washington DC and Boston.

The metros with the largest annual rent declines as ranked by Yardi Matrix are given in the table, below, along with the annual rent changes for the metros in the two reports.

Both reports note that the pandemic has caused the formerly high-flying core urban markets to stumble while elevating secondary markets that had previously been backwaters.

The Yardi Matrix report discusses the impact of the work from home (WFH) trend resulting from the pandemic. The report estimates that the portion of workers regularly using WFH may rise from the pre-pandemic level of 10 percent to as much as 25 percent of the workforce. They predict that this trend may delay the recovery of the urban core areas and boost secondary markets. However, they believe that, post-pandemic, a new generation of college graduates will be drawn to the urban lifestyle, leading to the eventual recovery of the urban core.