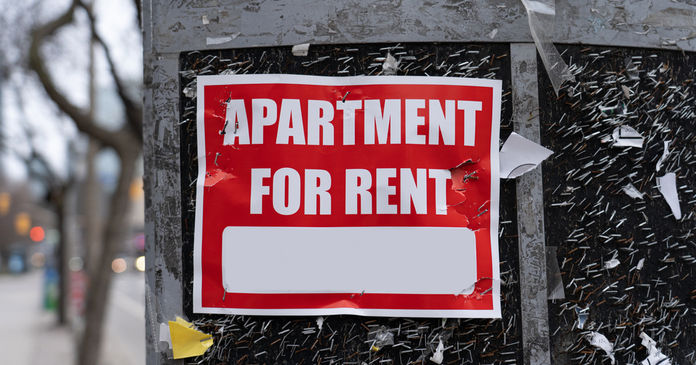 The Census Bureau released its quarterly report on home ownership and occupancy. It showed that the rental housing vacancy rate rose from 6.6 percent to 6.8 percent over the past year even as the number of occupied rental housing units rose by 233,000.

Unlike other reports that focus on large, professionally managed properties, the census report takes a broad look at the nation’s rental housing, including both single family and multifamily rental housing. The report found that 34.4 percent of the country’s 125,944,000 occupied housing units were inhabited by renter households in Q1 2021. This rate is up 0.2 percent from the year-earlier rate.

The history of the share of renter households since 2008 is show in the first chart, below. The chart shows that an increasing portion of the population were renters from 2008 until 2016, when a shift to homeownership took place. 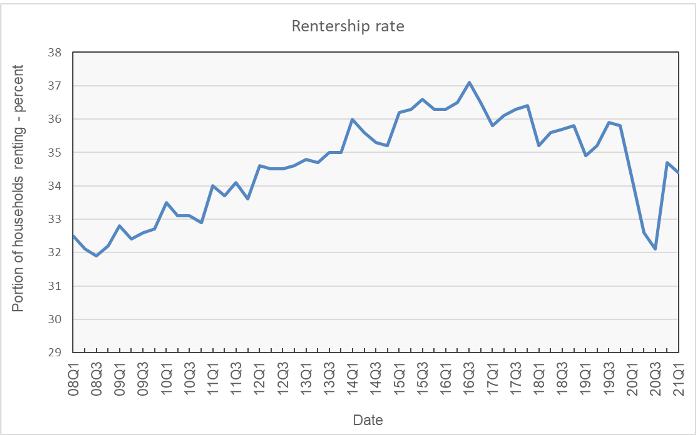 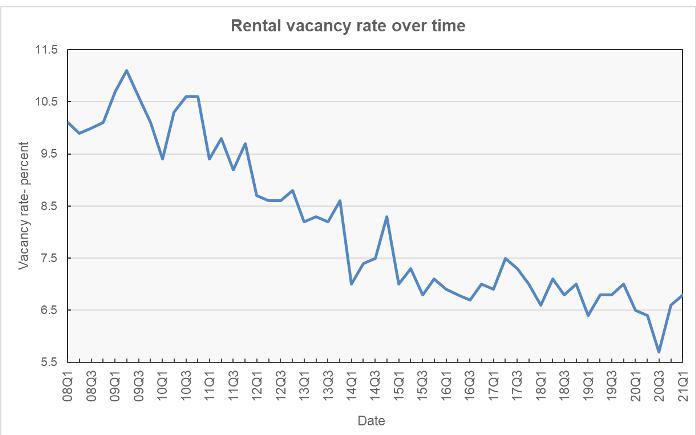 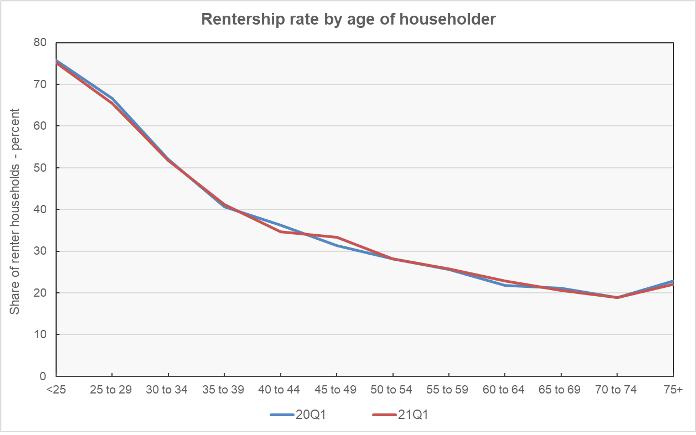 The report also found that vacancy rate changes over the past year affected different regions of the country differently. The Northeast, Midwest and West regions all saw vacancy rates climb, although in the West it was from a very low level. However, the South region saw a significant drop in its vacancy rate, albeit from a high level. These results are show in the next chart, below. 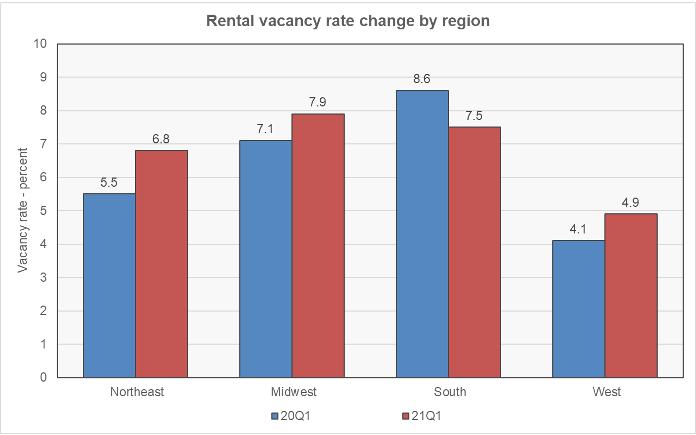 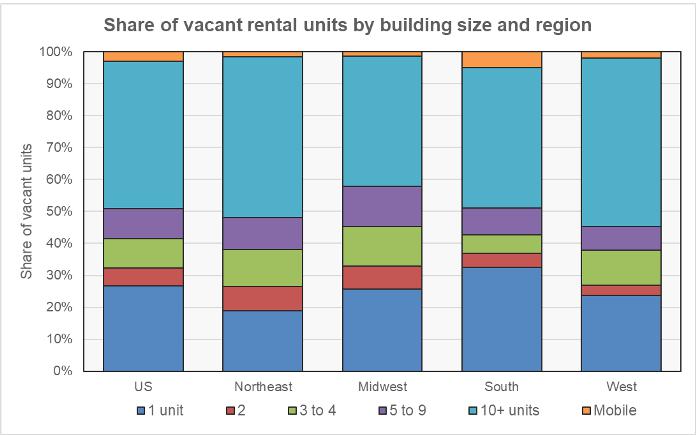 The final chart, below, shows how the vacancy rates have changed over the last year by building size. Vacancy rates have fallen for smaller buildings while they have risen for buildings with more than 10 units. This is another indication of a preference for lower density living resulting from the pandemic. 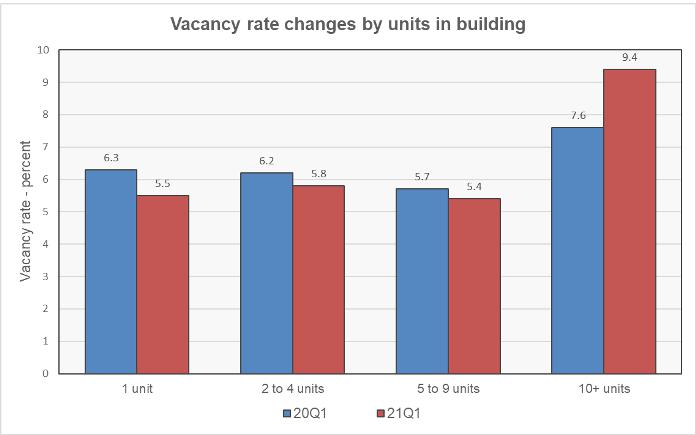 The Census report is called Quarterly Residential Vacancies and Homeownership, First Quarter 2021. It is available here