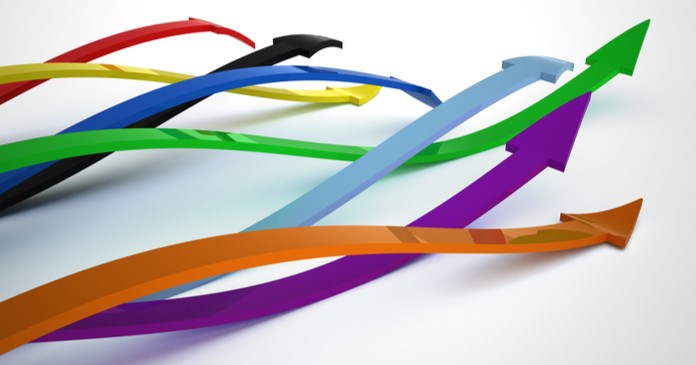 Fannie Mae recently issued its May forecasts for the economy and for housing. They show slightly higher growth in 2021 and much higher multifamily housing starts than did the February forecast.

Fannie Mae has revised their growth forecast for 2021 higher compared to their February forecast. Forecast growth for 2021 is now 7.0 percent, up from the 6.7 percent forecast in February. One reason for this revision is that Q1 2021 GDP growth came in higher than expected at 6.4 percent. Fannie Mae’s recent GDP forecasts are illustrated in the first chart, below. 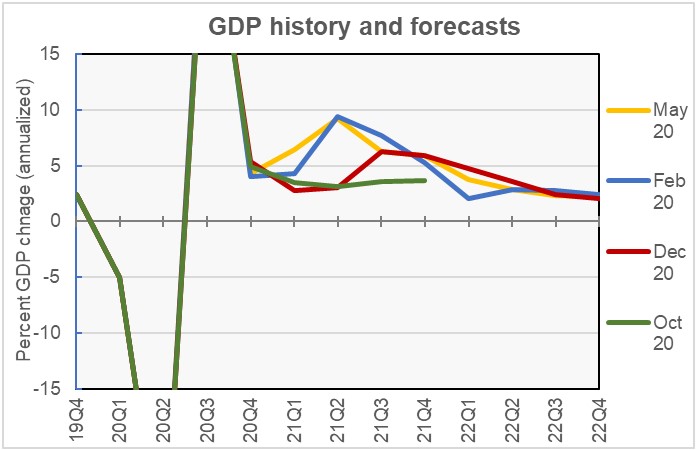 Four recent forecasts for changes in inflation as measured by the consumer price index (CPI) are shown in the next chart, below. The chart shows that the outlook for inflation has changed significantly since February. 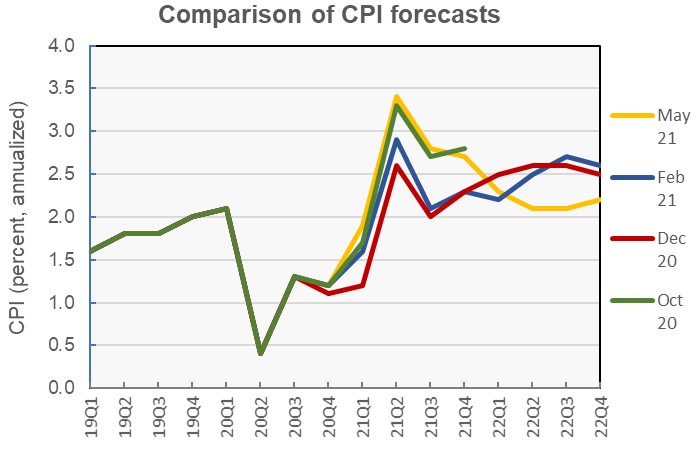 Fannie Mae notes that there is significant uncertainty in this forecast. Supply chain issues have caused many goods to currently be in short supply. In addition, consumers have accumulated significant savings during the shutdowns. If consumers decide to start spending those savings, it could put upward pressure on prices, particularly if the supply issues persist.

Unemployment forecast about the same 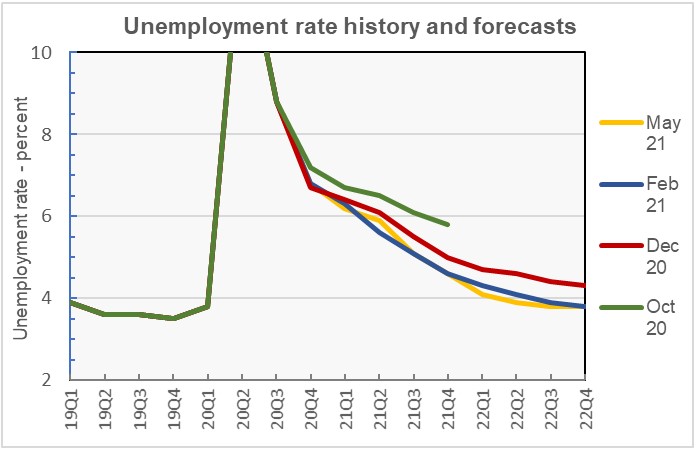 Fannie Mae suggested that the disappointing unemployment number reported for April may prove to be an anomaly. It was at odds with the relatively strong employment figure reported by ADP and also seems to be inconsistent with the pick up in activity indicated by other figures such as auto sales, air travel reservations and credit card usage. 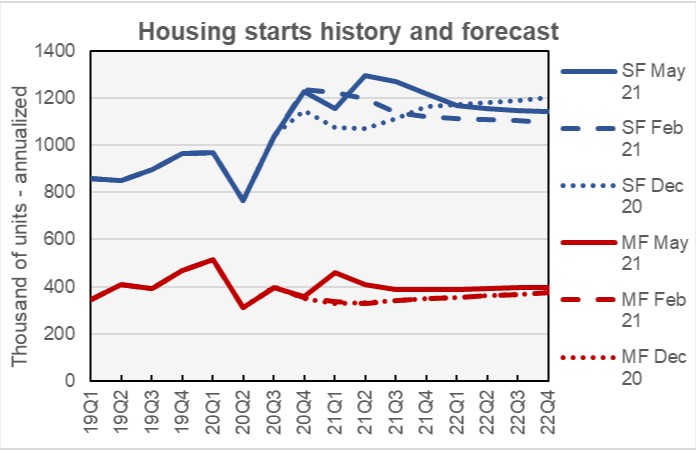 Fannie Mae noted that the recent rise in average rents and relatively low vacancy rates are both positive for multifamily housing. However, they noted that the recovery of these rental metrics in the urban cores of some large metro areas is likely to be relatively weak in the near term.