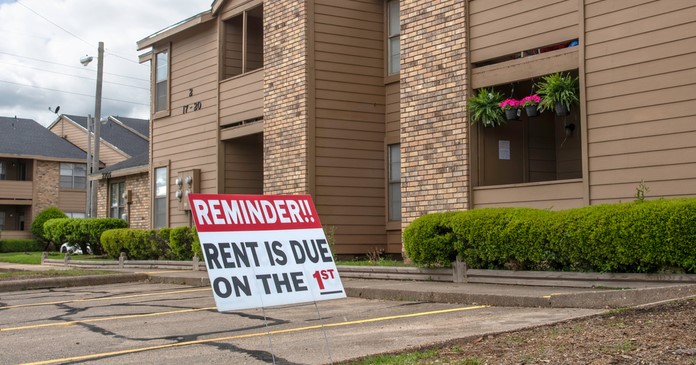 The week 29 release of the Census Bureau’s Pulse Survey shows that the portion of renters who are current on their rent payments is up since we last reported on the survey results.

The Pulse Survey is an experimental program that the Census Bureau has been running to assess how the population of the country is reacting to the fallout from COVID-19. The current survey, designated Week 29, collected data from April 28 through May 10.

One of the questions that the Pulse Survey asks of renters is whether they are current on their rent. While some say that they occupy their housing without paying rent and some did not report whether they are current on their payments, the majority of respondents answered the question Yes or No. The portion of respondents who pay rent saying that they are not current has varied from survey to survey.

The week 13 Pulse Survey taken in the last week of August – 15.3 percent were not current.

The week 16 Pulse Survey taken in early October – 16.2 percent were not current.

The week 21 Pulse Survey taken in mid-December – 19.2 percent were not current.

The week 22 Pulse Survey taken in early to mid-January – 20.8 percent were not current.

The week 25 Pulse Survey taken in late February – 18.5 percent were not current.

The week 29 Pulse Survey taken in early May – 15.0 percent were not current.

For reference, the NMHC rent tracker showed that 5.0 percent of renters at 11.7 million professionally managed apartments had made at least a partial rent payment for April by the end of the month but 20 percent had made no payment for May by May 6. Note that, making a partial payment does not mean that the renter is current. Also, the units covered by the rent tracker represent only about 29 percent of the approximately 40 million occupied rental housing units in the United States. Many of the rental units not covered by the rent tracker are multifamily properties owned by smaller operators, and many more are single family rentals. 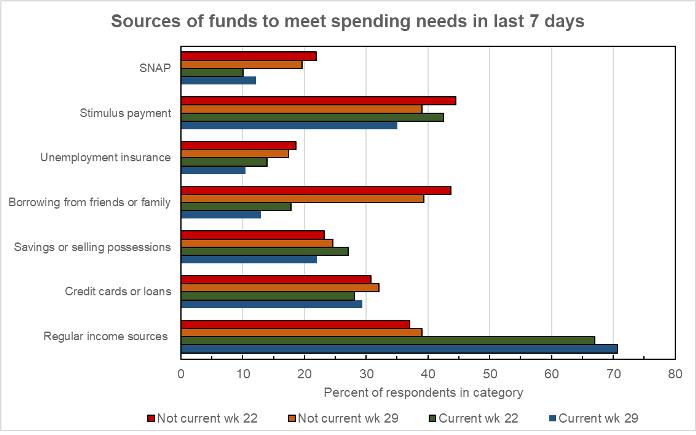 The chart shows that the portions of both renters who were current and those who were not who relied on regular sources of income – read employment income – were higher in week 29 than in week 22. The portions of both groups relying on either stimulus payments or unemployment insurance were down despite new assistance programs in both of these areas having been implemented between the two surveys. In addition, somewhat fewer respondents in both categories relied on borrowing from friends and family in week 29 than did in week 22. Changes in the usage of credit cards, savings and SNAP (food stamps) were mixed with no clear trend emerging. 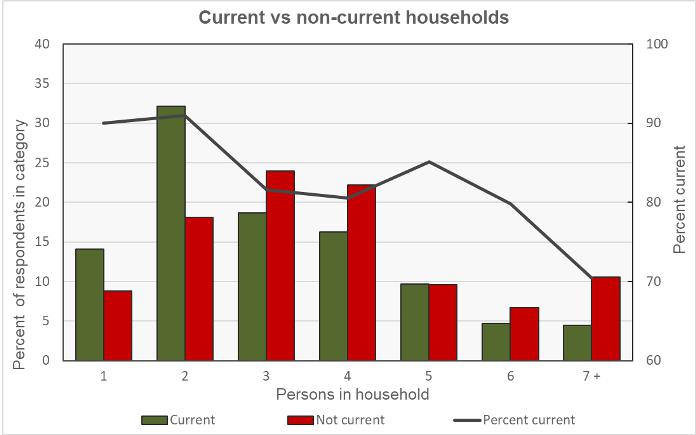 The chart shows that households with more people are generally more likely to be behind on their rent. The five-person household is an exception to this rule. This may be due to this category having more working adults in the household relative to the number of children, but the data is not available on this point. 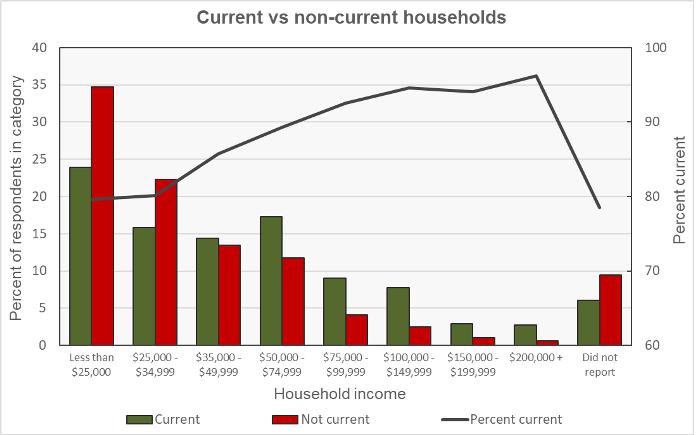