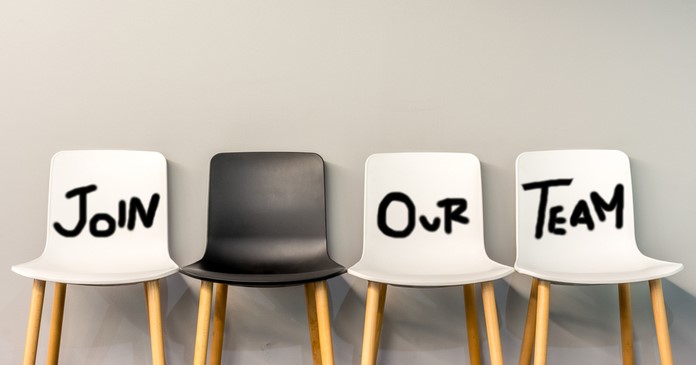 The Bureau of Labor Statistics (BLS) recently released the Job Openings and Labor Turnover (JOLT) report for April. In addition to setting a series record for the highest number of job opening, this report also saw a record high percentage of people quitting their jobs and a record low percentage of people being involuntarily separated from their jobs.

The first chart, below, shows the employment situation for the construction jobs market over the last 25 months. After a string of months with relatively steady hiring and separations resulting in modest employment growth, job growth has been up and down for the last 3 months. Both February (-27,000) and April (-12,000) saw net job losses for the month while job growth was strongly positive in March (+84,000). 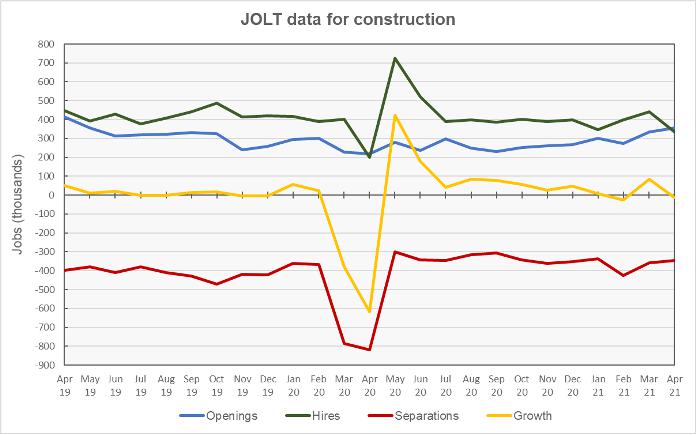 Separations fell by 3 percent in April, with layoffs rising by 5 percent while quits fell by 11 percent. “Other separations” which includes retirements and transfers, were up by 50 percent, but they represent a small portion of all separations. Quits represented 55 percent of separations for the month, nearly matching last month’s level.

The last chart, below, shows the employment situation for the real estate and rental and leasing (RERL) jobs category. Employment growth in this jobs category was again positive in April as both separations and hiring fell. 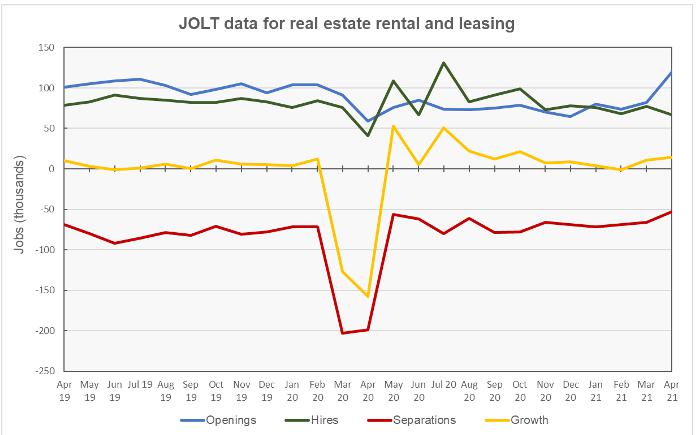 The number of job openings in the RERL category leaped in April to 120,000. This was the highest number for this jobs category since March 2019, but it is substantially below the 20-year record of 139,000 job openings set in January 2006.

Hires in April fell 13 percent to 67,000 while separations fell 20 percent to 53,000. Quits represented 70 percent to total separations, indicating that employees have plenty of job options to choose from.