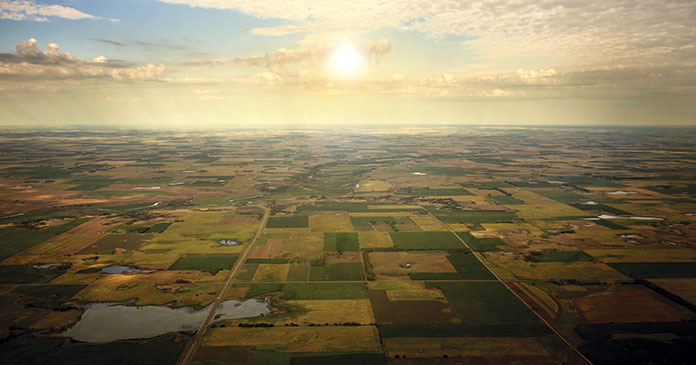 Focus on the Midwest

Amid a global pandemic and its economic repercussions, the American Midwest has remained a place of comparative stability—and opportunity.

Wide-open spaces and lower costs of living attract businesses and workers alike. Warehouses, distribution centers and transportation corridors bustle thanks to shifting supply chains and surges in deliveries. Educated workforces and leading universities and research centers nourish hubs in tech and life sciences. In short, there’s a lot in “flyover country” for the multifamily industry to like in 2021.

An overview follows of the region stretching from Minnesota to Ohio and from Michigan to Kentucky. Why is the Midwest a good value for multifamily investors today and why is it well positioned for the post-COVID recovery?

Even before COVID, Midwestern cities have been attracting people and businesses. Across industries, the Midwest hosts some of America’s largest employers: Kroger (Cincinnati), Salesforce (Indianapolis), Cardinal Health, Nationwide Insurance, Honda of America (Columbus), as well as Target, U.S. Bancorp, General Mills, 3M and Medtronic (all in Minneapolis-St. Paul). Thirteen companies in the Fortune 1000 have set up shop in Milwaukee, and 15 have operations in Columbus.

The region has much to recommend it outside of the office as well. With its famed “10,000 lakes,” acclaimed arts and theater offerings and increasingly adventurous restaurant scene, Minnesota ranks third overall on Forbes magazine’s quality of life rankings. Indianapolis—home to the Colts, Pacers and Indy 500—offers outdoor activities, diversity and nightlife.

Each day, on average, Columbus, Ohio welcomes more than 50 new residents. With 20,000 new residents each year, it is the fastest-growing city in the region behind Chicago. With the Ohio State University boasting the largest enrollment in the country, the metropolitan area is home to over 55,000 students. This growth has catalyzed vibrant mixed-use developments like Bridge Park, which brings upscale residential living, dining, shopping and an events center to the Scioto River.

Columbus is a place for start-ups. Root Insurance and CoverMyMeds are two of the latest one-billion-dollar-plus start-ups to call Columbus home, along with hospital AI bot Olive. More new businesses grow to 50 or more employees in their first 10 years here than any other major metropolitan area in the country.

Meanwhile, nearby Pittsburgh holds its own as a tech and life sciences hub. With Carnegie-Mellon University, UPMC and The University of Pittsburgh, the region is powering world-class research, and the city has become a leader in smart city technology and innovation.

During an undeniably tough year for rental income, ancillary fees, deferrals and delinquencies, some markets were hard hit and others, particularly the Midwest, weathered the storm.

One could argue that it’s a bit easier to live within one’s means where the cost of living is significantly lower. While New York City, Boston and San Jose average around $2,000 a month for a one-bedroom apartment, Minneapolis and Chicago average $1,200 to $1,300—and in Detroit, this figure is around $700.

Whatever the contributing factors, conditions are favorable in this region for multifamily owners, operators and investors. Rents have resisted downturns in cities such as Columbus, Kansas City, St. Louis and Indianapolis, and several other indicators are encouraging for the future.

Throughout the pandemic, city-dwellers have been trading urban downtowns for greener, more spacious suburbs, and Chicago has not been immune to this trend. Rental incomes have gone down, as with any major metropolitan area.

Despite temporary trends, however, Chicago is the third-largest city in the United States and the leading economic engine of the Midwest:

Suburbs—particularly those with high incomes, strong school districts and steady rent growth of 3 percent or more—are among the areas with potential.

Walker & Dunlop recently structured $80,110,000 in financing for the 1,155-unit Ellyn Crossing community in Glendale Heights, a village west of downtown with high ratings for its schools and as a place for families to live. In the northern suburbs, life sciences companies like Abbott, Abbvie and Hospira (which was recently acquired by Pfizer) are driving employment and growth.

Chicago has become a life sciences hub. The metropolitan area ranks among the Top 10 U.S. Biopharma Clusters by Genetic Engineering and Biotech News, with labs, research facilities, offices and incubators finding homes in areas such as Fulton Market, Lincoln Park and the South Loop.

U.S. Heartland on the global map

As with any market, the Midwest has its challenges—such as pension and tax issues in Chicago and skyrocketing costs for the lumber used in much of this region’s construction. Yet more positives stand in the region’s favor, particularly the potential for higher yields.

Chicago, for example, is a large market with a diverse set of multifamily properties. Higher cap rates, particularly in suburban areas, may attract even more investors here in the year ahead.

Multifamily investors from across the country, and globe, have been discovering the American Midwest.

There’s a true international presence, with many investors from South America and Canada—especially in Chicago. With the opportunity for lower costs and bigger yields, this traditionally slow and steady market is one to watch through the COVID recovery and beyond.