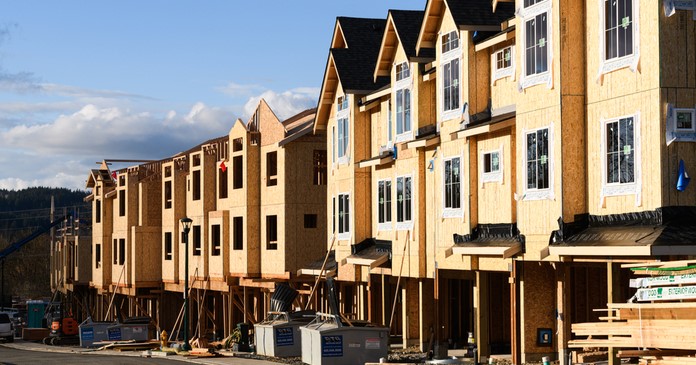 RCLCO discussed single family rentals (SFR) and build for rental (BFR) properties in conjunction with their monthly round-up webinar. The presentation was a good introduction to the reasons this market has been drawing a lot of interest of late and the definitions of the product types being offered.

Of the 46 million renter households in the United States, about 15 million occupy single family homes. However, while about half of the apartment rentals are owned and managed by large companies, less than 2 percent of SFRs are owned in portfolios of more than 100 units. About 88 percent are owed in portfolios of 5 units or less. This means that there is an opportunity of consolidation in the SFR industry and for sophisticated managers to apply their skills to this market.

There are demographic changes coming which may favor SFRs. The Millennial generation is approaching the age at which they are expected to form families and have children. This may lead them to seek to move to single-family homes, but they may be priced out of purchasing a home. Based on the Census Bureau’s 2017 American Community Survey population estimates, the US adult population between the ages of 30 and 45 is expected to grow by 6.2 million between 2020 and 2030. The population of children aged 19 and under is expected to grow by 1.5 million. These families are prime candidates to occupy SFR properties.

Another demographic group whose members might consider SFR properties is the older population who are no longer interested in having to maintain their own properties. The 2017 ACS population estimate calls for the number of US residents 65 years old or older to grow by 17 million between 2020 and 2030.

The many flavors of SFR

RCLCO offered the following definition of what constitutes a single-family unit: “Single-family structures include fully detached, semi-detached (semi-attached, side-by-side), row houses, duplexes, quadraplexes and townhomes. For attached units to be classified as single-family structures, each unit must be separated by a ground-to-roof wall, have a separate heating system, individual meters for public utilities, and no units above or below.” This definition leaves open the possibility of significant variety in product offerings.

The classic SFR property is the suburban single-family home. RCLCO calls these single-family detached (SFD) properties. These homes may occupy different lot sizes, depending on their location (inner suburbs through exurbs). They could be individual properties or part of a BFR community.

RCLCO defines several types of single-family attached (SFA) units. The first of them is the single-family apartment, also known as the horizontal apartment. These units are similar to standard apartments but differ from them by not having any units above or below them. They provide extra privacy for the occupants at a price point not much higher than that of a traditional apartment.

Suburban SFA communities are similar to apartments in that they consist of clusters of buildings located on a property around a shared amenity space. However, the buildings each contain several multi-story SFA units. They are like townhome communities, except that the units are offered for rent rather than for sale.

Urban rowhome/SFA communities are located in an urban setting where the multi-story units line a city street. Think of the old neighborhoods in New York. These are likely located in high-end urban areas where high density construction is discouraged.

RCLCO defined three types of owners. There are the small-scale owners who only have a few units. They may have either SFD or SFA units, but the units are likely to be scattered rather than co-located.

There are institutional investors who have bought up SFD or SFA units which were not originally built for rent. RCLCO calls these Institutional SFR Aggregators/scattered site. The companies who bought up distressed properties after the housing crash fall into this category. These properties are professionally managed and operate under a single brand with standardized leasing practices.

The third group consists of owners of BFR properties. Because of the scale of these properties, these are also institutional investors. They offer professional on-site management, with on-site maintenance and community amenities. Units in these properties may be SFD, SFA or a combination of the two. The BFR communities may be stand-alone or they may be part of a master planned community.

The money is flowing

RCLCO presented information on capital flows into SFR. They considered major equity commitments, joint ventures, merger and acquisition activity and investment funds. They found that $1 billion in investments or commitments were announced or closed in 2019, $2.6 billion in 2020 and $6.3 billion in just the first quarter of 2021. The increase in capital commitments reflects the increase in investor interest in these property types.

Referring to single-family rentals, Charles Hewlett of RCLCO said, “This is a topic that is being discussed in the board rooms of probably every public homebuilding company and probably many of the public REITs in the multifamily space and in probably every private multifamily and homebuilding company that I can think of. And if you’re not talking about it, and I am not saying that it is right for everybody, then I don’t know what you are talking about.”

The presentation also reviewed current economic conditions and provided examples of SFR/BFR communities which have been built. It is available here.