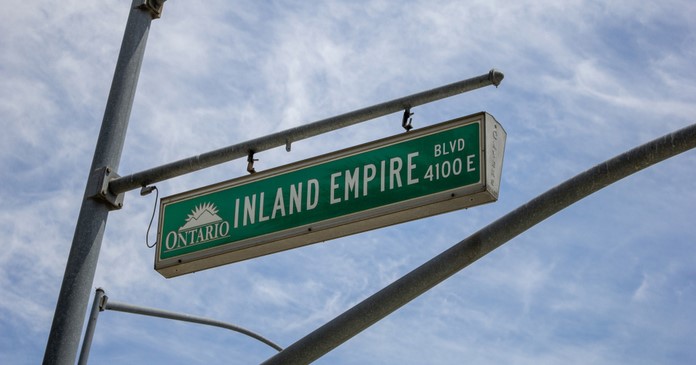 The latest rent report from Yardi Matrix shows record rent growth for the country as-a-whole in May.

Yardi Matrix reported that the national average apartment rent rose $12 in May to $1,428 per month. The $12 monthly increase is the largest dollar amount increase they have seen since Yardi Matrix has been tracking the data. Rents were up 2.5 percent from their year-earlier level, equaling the pre-pandemic rate of rent growth.

New to the report this month is information on single-family rentals (SFRs). Yardi Matrix reported that SFR rents were up 7.3 percent year-over-year, driven by high demand. The national average SFR monthly rent was $1,761 per month, up $14 for the month. Occupancy was 96.6 percent, up 1.5 percent year-over-year.

Working back to growth

Of the top 30 metros, the ones with the largest annual apartment rent declines as ranked by Yardi Matrix are given in the table, below, along with their annual rent changes.

The recent trend of the gateway metros seeing the largest rent declines during the pandemic continued this month. However, the report found that the month-over-month rent changes for all of these markets was positive again in May.

The major metros with the largest year-over-year apartment rent growth as determined by Yardi Matrix are listed in the next table, below, along with the year-over-year rent increases given for the metros.

Apartment absorption through the first 4 months of this year was reported to be 120,000 units. By comparison, 270,000 units were absorbed in all of last year. For reference, the Census Bureau estimated that 360,000 units were completed last year in buildings with 5 or more units per building.

Leading metros for absorption in 2021 were Dallas, Chicago, Miami, Atlanta and Phoenix. Of these, only Phoenix, Atlanta and Miami made the list of top ten metros for rent growth. Chicago is actually ranked 23rd for rent growth among the 30 largest metros. This is despite its apartment absorption in 2021 (7,000 units) vastly exceeding its renter loss in 2020 (-1,800 units).

Another interesting anomaly in the data is that the San Francisco market has absorbed more apartments this year (3,400) than they lost last year (2,200). Rents are still down 9 percent year-over-year. Meanwhile, nearby San Jose has not made up for the loss in occupied units experienced last year (down 700 net units), but it has not seen its rents drop as much as has San Francisco.

The Inland Empire and Sacramento both had extremely strong absorption figures in 2020, but the rate of apartment absorption is way down in 2021. These markets may not be able to maintain their torrid pace of rent growth if this weak absorption continues.

A look at SFR

In its inaugural coverage of the SFR market, Yardi Matrix focused on the top 30 metros for single family rentals. The leading metros for year-over-year rent growth were Inland Empire (18.3 percent), Phoenix (15.3 percent) and Denver (13.5 percent). The only metros to see rents fall over the year were Orlando, Houston and Los Angeles. All of the rent declines were less than 4 percent.