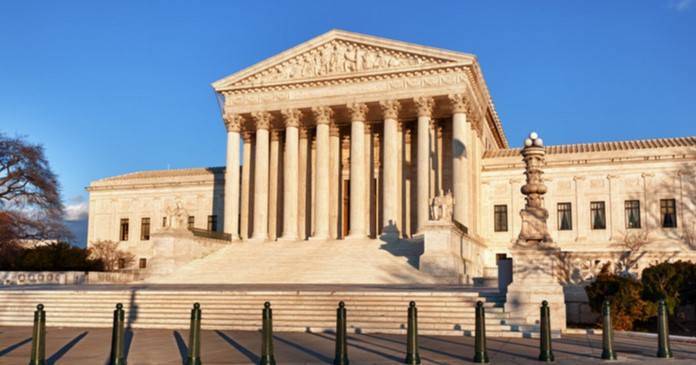 The U.S. Supreme Court has declined to act to set aside the CDC’s eviction ban. The ban is currently scheduled to expire July 31, 2021 but it has been repeatedly extended in the past and there is no guarantee that it will not be extended again.

The process leading up to this decision began when U.S. District Judge Dabney Friedrich ruled in the case of Alabama Association of Realtors v. U.S. Department of Health and Human Services that the CDC did not have the authority to impose the eviction ban. She struck the ban down nation-wide but stayed her order so that the ruling could be appealed.

The plaintiffs then appealed to the U.S. Court of Appeals for the D.C. Circuit in an attempt to have the stay lifted. A three judge panel of the Court of Appeals declined to lift the stay on the grounds that Judge Friedrich’s ruling against the CDC would likely be overturned on appeal.

The Alabama Association of Realtors then appealed to the U.S. Supreme Court in an attempt to have the stay lifted. The June 30th ruling denied that request.

Note that neither the U.S. Court of Appeals nor the U.S. Supreme court actually ruled on whether the CDC had the power to impose the eviction moratorium; they simply declined emergency requests to lift the stay on Judge Friedrich’s nationwide ban on the CDC’s moratorium.

In denying the emergency lifting of the stay, Justice Kavanaugh sided with the four liberal justices on the court. He issued a short statement explaining his decision. In this statement, Justice Kavanaugh said, “I agree with the District Court and the applicants that the Centers for Disease Control and Prevention exceeded its existing statutory authority by issuing a nationwide eviction moratorium.” In other words, Judge Friedrich’s original ruling against the CDC eviction moratorium was correct, in his opinion. However, he went on to say, “Because the CDC plans to end the moratorium in only a few weeks, on July 31, and because those few weeks will allow for additional and more orderly distribution of the congressionally appropriated rental assistance funds, I vote at this time to deny the application to vacate the District Court’s stay of its order.”

Justice Kavanaugh concluded with, “In my view, clear and specific congressional authorization (via new legislation) would be necessary for the CDC to extend the moratorium past July 31.” However, since the court did not actually issue a ruling on whether the CDC had the authority to issue the eviction moratorium, this statement is just an opinion and carried no legal weight.

Looking down the road

If the court had lifted the stay, it would have been an indication that it thought that the CDC’s eviction moratorium was likely to be ruled unconstitutional on appeal. However, unless that ruling is issued, the CDC is free to continue claiming broad powers for itself as long as they can be justified as necessary for fighting disease.

There have been conflicting rulings by lower courts as to whether the CDC does possess these powers to the extent that they can require private landlords to continue housing people who stop paying them rent, so this is exactly the sort of question that the Supreme Court is in place to answer. It would be unfortunate if the court declines to take up this issue because the expiration of CDC’s eviction moratorium renders it moot. This would just cause the litigation cycle to begin again the next time the CDC tests the limits of its powers.