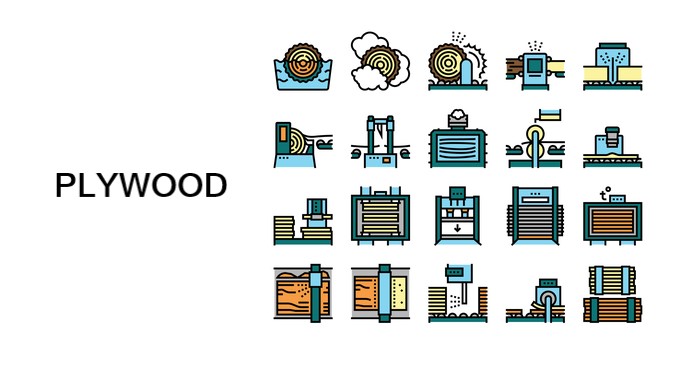 The Bureau of Labor Statistics (BLS) released its producer price index report for June 2021. It showed that construction materials prices were up 3.2 percent in the month, seasonally adjusted. The index was 20.4 percent higher than its year-earlier level.

Overall prices for processed goods for intermediate demand rose by 1.9 percent. That index was 22.6 percent higher than its year-ago level.

For reference, the changes in these indexes compare with a 5.4 percent rise in the all-items consumer price index (CPI-U) for the 12 months ending in June. The CPI-U was up 0.9 percent for the month. Over the last 3 months, the unadjusted CPI-U has risen at an annualized rate of 10.3 percent.

The shelter portion of the CPI-U was up 0.5 percent in June. It was up 2.6 percent over the prior 12 months.

Yield Pro (PRO) compiled the BLS reported price changes for our standard list of construction commodities. These are commodities whose prices directly impact the cost of constructing an apartment building. The two right hand columns of the table provide the percent change in the price of the commodity from a year earlier (12 Mo PC Change) and the percent change in price from the prior month (1 Mo PC Change). If no price data is available for a given commodity, the change is listed as N/A.

The first chart, below, shows the price index history for wood products over the past 25 months. Note that the prices used in compiling the indexes are collected on the Tuesday of the week containing the 13th day of the month. In June, 2020 that would have been June 15. Because prices for some of the commodities that we are tracking are changing rapidly and because the prices tracked here are at the wholesale level, the changes in the indexes may not reflect changes in retail pricing. 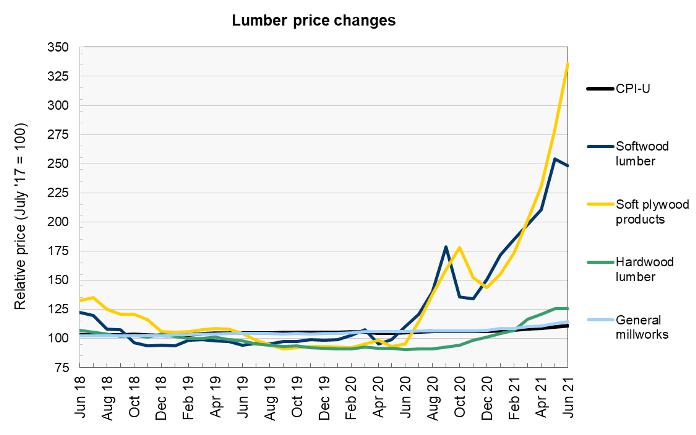 The wholesale market price of lumber has continued to decline from the high it reached in early May. The contract price hit a peak of $1,686 on May 7, but was trading as low as $550 on July 14. This is still significantly higher than its price in 2019 when it traded between $300 and $400 for most of the year. Lumber prices in the futures markets have also declined since last month. The January 2022 contract was trading around at $650 as of mid-July. That this is higher than the current spot price for lumber indicates that the futures markets think that a price rebound is coming.

The price of soft plywood products took a double digit jump again this month, according to the BLS. For the fifth report in a row, its monthly and annual price gains exceeded those for framing lumber.

The next chart, below, shows the recent price history of several other construction materials. The prices for power wire and nails rose sharply during the month. The prices of copper wire and hot rolled steel also rose, but less sharply than has been the case in recent months. 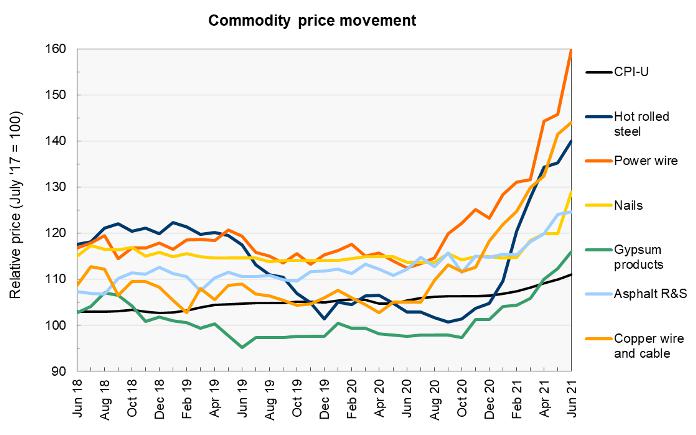 The price of copper is also off the high it reached in early May. It closed on July 12 at $4.35 per pound, down from its recent high of $4.76 but up 54 percent from its price at the beginning of January 2020. Copper futures prices have stayed in line with the spot price, with the January 2022 contract trading at $4.31 per pound.

The price of aluminum also reached a high in early May, trading at $2,540 per metric ton. However, unlike the commodities discussed above, its price has not fallen appreciably. In fact, its price rose above its May peak when it closed at $2,556 on July 5. It is only slightly down from that high, closing at $2,490 on July 12.

The price of steel has traded in a relatively narrow range since peaking on May 11. MarketWatch reports that it closed on July 12 at $1,779, down 8 percent from its recent high. However, it was trading at only $1,091 at the end of 2019. Steel futures continue to indicate that the price will decline only gradually over the next 12 months, with the January 2022 contract trading around $1,470.

The prices of most other commodities tracked in this chart have been rising for the last 6 months at increasing rates. While not appearing in the chart, the prices for sheet metal products and for builder’s hardware are also rising quickly.

Price changes for several of the more finished goods from our sample are illustrated in the final chart, below. Based on recent price rises, the inflation-contagion might be spreading into furnaces and heaters as well as into electrical lighting fixtures. Interestingly, the prices for major appliances and for enameled iron and metal sanitary ware have been relatively stable despite widespread price increases elsewhere. 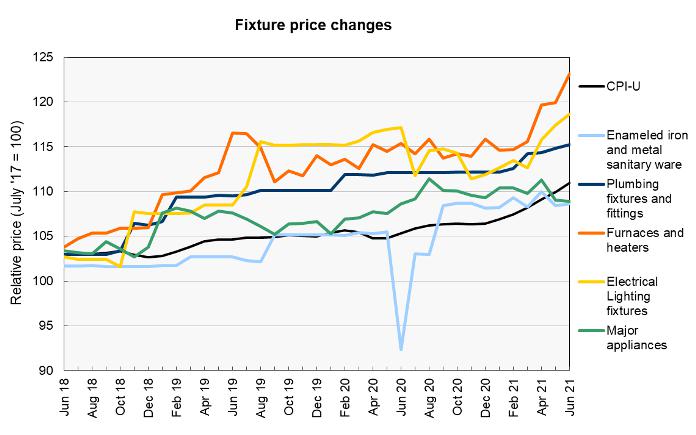