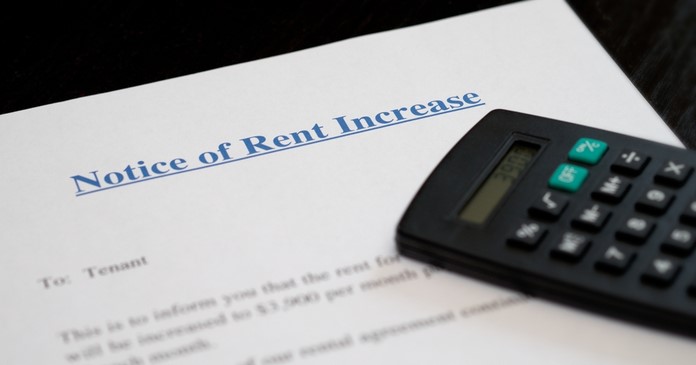 The latest rent report from Apartment List shows strongly positive rent growth for the country as-a-whole. In addition, rents were up for the month in all of the 50 largest metro areas.

The first chart, below, is a reconstruction of a chart which appeared in the Apartment List report. It shows the national average rent growth since January 2018. It is clear from the chart that rent changes over the course of a year have a regular, cyclical pattern. Apartment List used that cyclical pattern to project what the national average rent would have been if that pattern had continued without the market disruptions caused by the pandemic. They then plotted this projection against the actual national rent history. The chart shows that the recent surge in rents has resulted in the national average rent now exceeding the level that it would have been expected to be in the absence of the pandemic. Rents have now more than made up the ground that they lost last year. 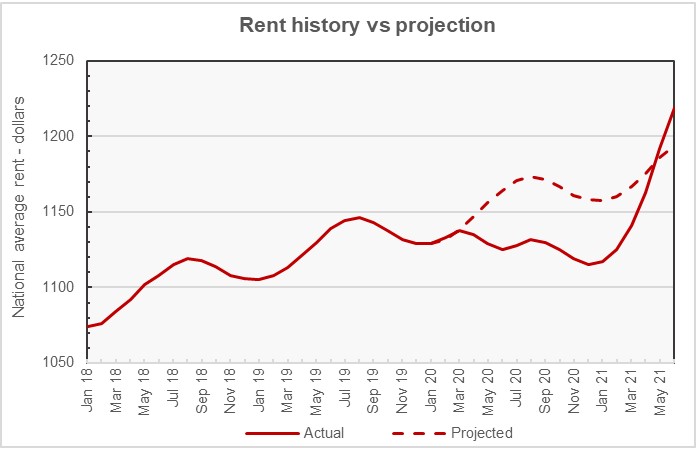 The second chart, below, shows the annual pattern of rent growth for the years for which Apartment List has data. In each year, the level of rent in January of that year is set to a value of 100, so that the difference in the rates of rent growth through the year are apparent. The chart makes clear how different the rent growth patterns in the years 2020 and 2021 are from those of the three preceding years. While rent growth was sub-par in 2020, it has risen sharply in 2021. 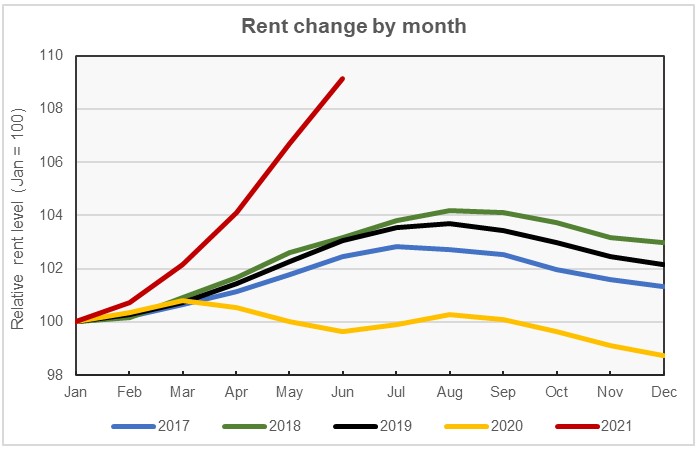 The first table shows the 10 metros with the largest annual rent decreases. For most of the metros, the rent drop in the core city of the metro area greatly exceeds that of the metro area as-a-whole. This is consistent with reports that renters have been fleeing the urban core for suburbs or exurbs. The other thing to note from this chart is that all of these metro areas experienced strong rent growth during the month.