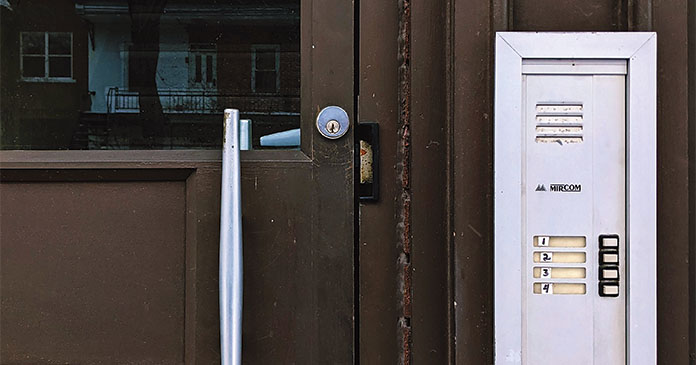 Census taker Linda Rothfield’s government-issued iPhone kept directing her back to apartments in San Francisco that she already knew were vacant. When she did find apartments that were occupied, she was sometimes turned away because of the pandemic.

“I had a few landlords who said, ‘It’s COVID. You can’t come in,” Rothfield said.

In a national headcount turned upside down by natural disasters, political turmoil and a deadly virus, apartment renters proved particularly hard to count last year. That has former census takers and experts worried that the tally failed to account for all of them.

Over half of the nation are renters

Overlooking people in the nation’s 44 million rental homes carries a potentially high price. Because the census helps determine how $1.5 trillion in federal money is spent each year, the lower numbers would mean less government help to pay for schools, roads and medical services in those communities.

Around 36 percent of homes in the U.S. are occupied by renters, up from 33 percent during the last census a decade ago.

Under the best of circumstances, renters are among the hardest people to count because they tend to be more transient and are more likely to live below the poverty line. They also tend to be disproportionately people of color, who also are traditionally undercounted in the census, according to The Leadership Conference Education Fund, a civil rights group.

Incomplete data on the race or ethnic background of renters could also hinder the formation of black- or Hispanic-majority political districts.

Renters typically have lower self-response rates than homeowners, so the government relies more on census takers knocking on their doors, said Jeri Green, a former senior adviser at the Census Bureau, who served as a consultant to the National Urban League during the 2020 census.

“This is a population that was at risk of being missed prior to COVID,” Green said. “We know it’s a challenge for the Census Bureau to accurately enumerate renters.”

Delays from the pandemic caused the Census Bureau to eliminate a step ahead of the door-knocking phase where census supervisors meet with building managers or landlords to find out which apartments were vacant or occupied, so census takers won’t waste their time knocking on vacant units, the agency said.

“We were, however, able to inform the landlords or managers that enumerators would be visiting and asking for their cooperation prior to the start of the operation,” the agency’s statement said.

In cases where renters did not respond to census questionnaires, or census takers were unable to interview them, the Census Bureau had to use other, less reliable methods to count them. Those methods included using administrative records from the Internal Revenue Service or the Social Security Administration, asking neighbors or postal workers for information or using a last-resort statistical technique.

Some 60 percent of census supervisors surveyed by the Governmental Accountability Office for a study on 2020 census operations reported that their census takers had difficulties completing caseloads because they were unable to get into apartment buildings.

“The pandemic made communication with the building managers difficult,” the GAO said in a report issued in March. “Specifically supervisors told us that enumerators were often turned away from accessing multi-unit buildings because of the pandemic.”

How much renters were undercounted, if they actually were missed, will not be known until December and early next year with the release of a survey that measures the accuracy of the count.

The Census Bureau already has released 2020 census figures used for deciding how many congressional seats each state gets, and those numbers showed how just a few dozen people being counted or overlooked made a big difference. If 89 more people had been tallied, New York would not have lost a congressional seat. If 26 people had been missed in Minnesota, the Gopher State would have lost a seat.

Numbers used for redrawing congressional and legislative districts will not be ready until August.

Jan Rice, who worked as a census taker in Denver, said she was frustrated that she was prohibited from contacting apartment managers on her own so she could get information on occupied units and remove vacant units from the database, sparing other census takers from wasting their time. When she tried it, her supervisor told her, “‘Your job is to knock on doors,’” she said.

“It killed our productivity,” Rice said. “If you don’t count them correctly, you don’t give them a voice.”