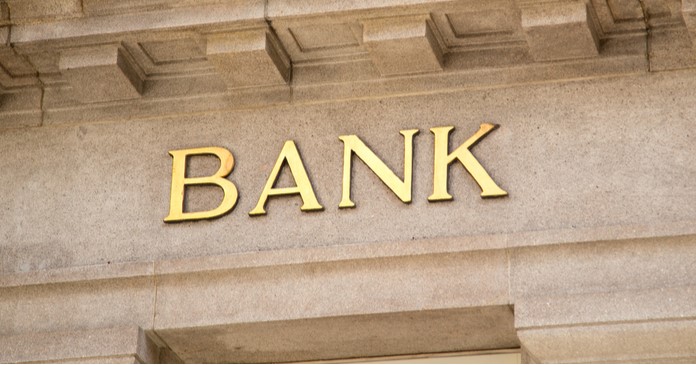 A report from the Mortgage Bankers’ Association (MBA) says that originations of multifamily mortgages were up when compared to quarter-earlier and to year-earlier levels.

The first chart, below, shows the quarterly origination volume indices since Q1 2017 for both commercial mortgages and for multifamily mortgages as reported by the MBA. The indices are reported relative to the year 2001, with the average quarterly volume in that year defined as a value of 100. 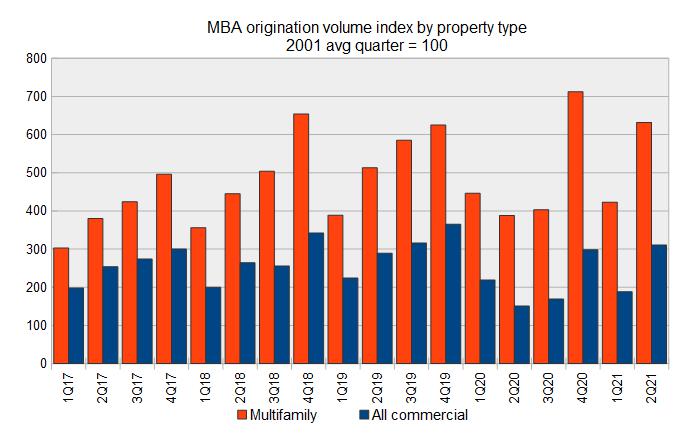 This pattern was broken in the pandemic year of 2020 where originations were depressed in Q2 and Q3. The strong performance in multifamily mortgage originations in Q4 2020 seemed to indicate that the industry was back to its growth track, but originations in Q1 2021 failed to surpass those of Q1 2020, breaking the usual pattern.

By contrast, the multifamily mortgage origination index in Q2 2021 posted increases both when compared to the previous quarter (up 49 percent) and to Q2 2020 (up 63 percent). It was also 23 percent higher than its reading in Q2 2019.

The MBA originations index for commercial properties as-a-whole was up 106 percent percent in Q2 2021 compared to Q2 2020. It was also nearly 8 percent higher than its reading in Q2 2019. The weakest of the commercial lending sectors was hotels where lending fell 82 percent. Office, retail, industrial, hotel and health care sectors all saw originations grow when compared to quarter-earlier and year-earlier levels. However, commercial mortgage originations remain well below 2018 and 2019 levels for the retail and hotel sectors.

Fannie and Freddie step back

The MBA report also includes data on the sources of the mortgages being originated. It provides data on four categories of lenders: commercial mortgage-backed securities (CMBS) and conduits, commercial banks, life insurance companies, and the government sponsored entities (GSEs), Fannie Mae and Freddie Mac. As before, the index values are quoted relative to the average quarterly origination volumes in the year 2001. The index values of different originators cannot be used to compare their absolute levels of mortgage originations since their origination levels in the baseline year of 2001 were different. However, the index values can be compared to see which originators are growing their businesses and which are not. 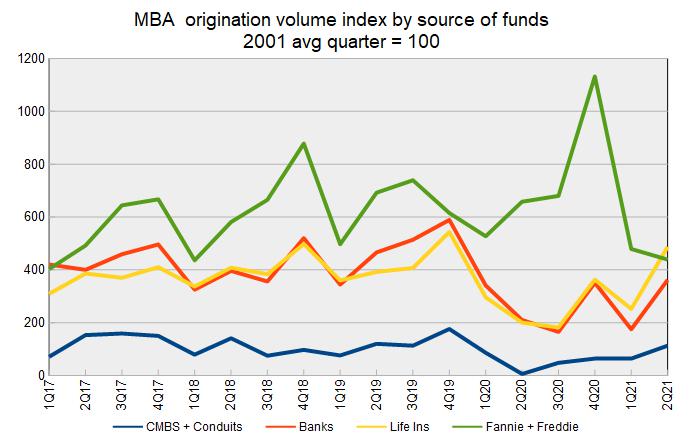 Given how Fannie and Freddie have come to dominate the multifamily mortgage market, it may be welcome to see other sources of funding originate more loans.