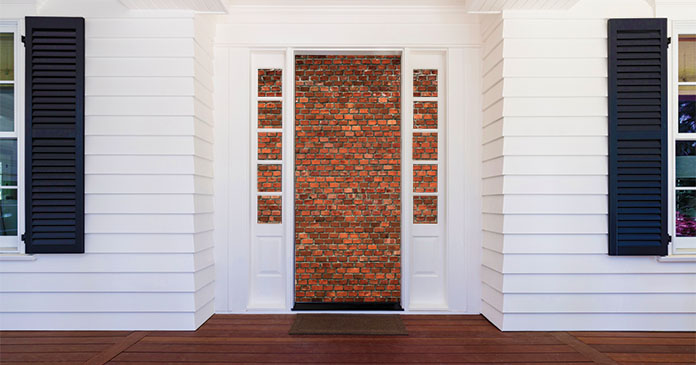 I am a small landlord, and the government has put me and millions of other small landlords through hell for the past 18 months. Politicians always say they support small business, but they rarely do.

The taxes and regulations they keep piling on hit small businesses much more than big ones. But with small landlords, the politicians are not just hurting our income, as usual, they’re killing it.

I own a one-bedroom cottage near the shore in Ocean Grove, New Jersey, and the tenant stopped paying her rent in February of last year and didn’t pay anything for months. Normally, after three months of not receiving rent, I would file for eviction, as outlined in the standard landlord-tenant contract.

But now I can’t. Claiming the authority because of the pandemic, Gov. Phil Murphy signed an executive order in March of last year outlawing all evictions. The pandemic peaked in New Jersey months ago and the economy has come most of the way back, but most evictions will be banned here until at least Jan. 1.

Meanwhile, without a regular $1,300 rent check coming in, I must dip into savings or scrounge around every month to find nearly that amount to pay the mortgage, property taxes and other expenses.

People all over the country who own rental properties are in the same boat: 12 other states are also still enforcing eviction bans. President Biden extended a nationwide federal moratorium four times, had it thrown out by the Supreme Court in June, extended it anyway, and then finally had to surrender when the Supreme Court ruled it unconstitutional again on Aug. 26. But U.S. Attorney General Merrick Garland is now assembling an army of left-leaning pro bono lawyers to fight evictions around the country. These bans have hurt hundreds of thousands of mom-and-pop landlords.

The mirage of government help

Wait, didn’t you hear of a giant federal program to make landlords whole? Yes, Washington budgeted $50 billion to cover the losses to landlords whose tenants lost their jobs and couldn’t pay their rent.

But a year and a half into the pandemic, the government has distributed only 11 percent of the money, and it’s been next to impossible for small landlords to get any of it. I haven’t gotten one penny myself.

In New Jersey, small property owners like me weren’t even eligible for the first round of money because I did not own at least three units. That rule disqualified thousands of small landlords. Now there’s a second round, but I can’t get this money either. For a landlord to be reimbursed for lost rent, the tenant must fill out the forms to apply, and my tenant refused for months.

I’m not allowed to apply for the money directly, so landlords are at the mercy of their tenants. After months of landlords badgering and begging their tenants to pay up, tenants—who often are no longer or never were unemployed and can now afford the rent—are in no mood to help out their landlords. Indeed, the failure of a small landlord’s tenant to pay the rent—especially when there is nothing the landlord can do about it—is like a divorce when neither party moves out. The bad blood is endless.

So, the government—federal, state and county—has failed to fill in for the tenant and keep up the rent payments, despite blowing billions in trying to do so. And with the bans, it violated not only landlord-tenant contract law, but also the property rights of the owners. The bans allowed the government to keep people housed at no public expense, forcing landlords to eat the cost of hosting nonpaying tenants. So much for the rule of law, the sanctity of private property and the free market.

Some of the money is getting spent, however—it’s funding numerous consultants and other private firms that work with states and counties to help hand out the money—but to little avail. The consultants seem to be adding only another layer of bureaucracy. My tenant now says she has filed the forms, but I can’t confirm that with the consultant that the county hired, and I still haven’t gotten any money.

I obviously made a mistake renting to this tenant. Her credit score when she applied in 2019 was only 550 out of 850, but I allowed her 85-year-old mother to co-sign for her.

I agreed to give her a chance to repair her credit and start over after a divorce. She wrote me a heartfelt letter about wanting to rebuild her life, and I was happy to help. And it did work for a while—she got a month behind on her rent here and there but generally was paying on time.

Then, at the beginning of the pandemic, she says she was furloughed. But there is no way to verify that or whether she’s now working again. The eviction bans in New Jersey and elsewhere apply only to tenants whose income is below a certain level, but confirming a tenant’s income is outside the scope of landlord-tenant courts, so that requirement is moot. She finally paid some back rent in July, but she still owes a total of $9,500, including for August and September; her mother also refuses to pay.

So, for my tenant, what have the eviction moratoriums accomplished? I’ll evict her eventually, and it will be nearly impossible for her to find a new apartment with a credit score that’s likely worse than ever. The federal money was supposed to prevent that.

To top it off, there’s not much evidence that the bans were needed in the first place. They don’t seem to have played a role in preventing the often-prophesied wave of evictions that never materialized.

During the pandemic, the number of evictions has been lower than average where and when moratoriums weren’t in force. And the research claiming that they’ve prevented thousands of COVID deaths is apparently deeply flawed. This research was the legal basis for the Centers for Disease Control ordering its national moratorium and several extensions. Middle class and small landlords ended up footing the bill for the errors of the powerful and the poor.

Meanwhile, much of the media coverage of the eviction bans has focused on the suffering of tenants while ignoring the suffering of property owners. Organizations such as the Eviction Lab in Princeton University’s Sociology Department argue for extending the bans, siding with tenants against landlords who merely want the rent paid so we can pay our taxes and mortgages and build equity in our properties.

As a nonprofit, Princeton doesn’t pay property taxes but makes a modest payment to the town in lieu of taxes. As a homeowner and small-business owner in Princeton, I do pay property taxes, and that helps pay for the municipal services that Princeton and its Eviction Lab enjoy.

When I could see that my tenant wasn’t going to pay much rent during the moratorium, I appealed the assessed value of the cottage to cut my nearly $3,500-a-year tax bill. At that point, the cottage had little value: It wasn’t producing rent revenue, and it couldn’t be sold with a tenant living there who won’t move, which is a shame because the real estate market is now booming. None of this mattered to the tax assessor: He rejected my appeal.

What’s next for me? I’ll move to evict my tenant on Jan. 1 or as soon as I can. I’ll also try to join one of the lawsuits against the bans in hopes of winning compensation. And then I’ll pull my cottage from the market and stop renting it out. Hundreds of thousands of small landlords, burned by months of government actions that hurt their livelihoods, are making the same decision.

As for the cottage, I plan to use it myself. I never thought I had the time or money to enjoy some time at the beach, but now I think I will.

Author Cara Marcano is a freelance journalist and the founder and publisher of Reporte Hispano, a Hispanic newspaper in New Jersey.