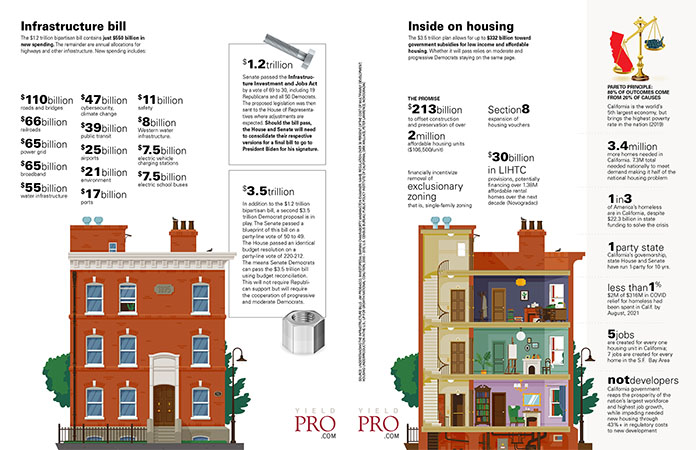 The $1.2 trillion bipartisan bill contains just $550 billion in new spending. The remainder are annual allocations for highways and other infrastructure. New spending includes:

Senate passed the Infrastructure Investment and Jobs Act by a vote of 69 to 30, including 19 Republicans and all 50 Democrats.

The proposed legislation was then sent to the House of Representatives where adjustments are expected. Should the bill pass, the House and Senate will need to consolidate their respective versions for a final bill to go to President Biden for his signature.

In addition to the $1.2 trillion bipartisan bill, a second $3.5 trillion Democrat proposal is in play. The Senate passed a blueprint of this bill on a party-line vote of 50 to 49.

The House passed an identical budget resolution on a party-line vote of 220-212.

The means Senate Democrats can pass the $3.5 trillion bill using budget reconciliation. This will not require Republican support but will require the cooperation of progressive and moderate Democrats.

The $3.5 trillion plan allows for up to $332 billion toward government subsidies for low income and affordable housing. Whether it will pass relies on moderate and progressive Democrats staying on the same page.

Pareto principle: 80% of outcomes come from 20% of causes

California is the world’s 5th largest economy, but brings the highest poverty rate in the nation (2019)

1 in 3 of America’s homeless are in California, despite $22.3 billion in state funding to solve the crisis

Not developers. California government reaps the prosperity of the nation’s largest workforce and highest job growth, while impeding needed new housing through 43%+ in regulatory costs to new development. 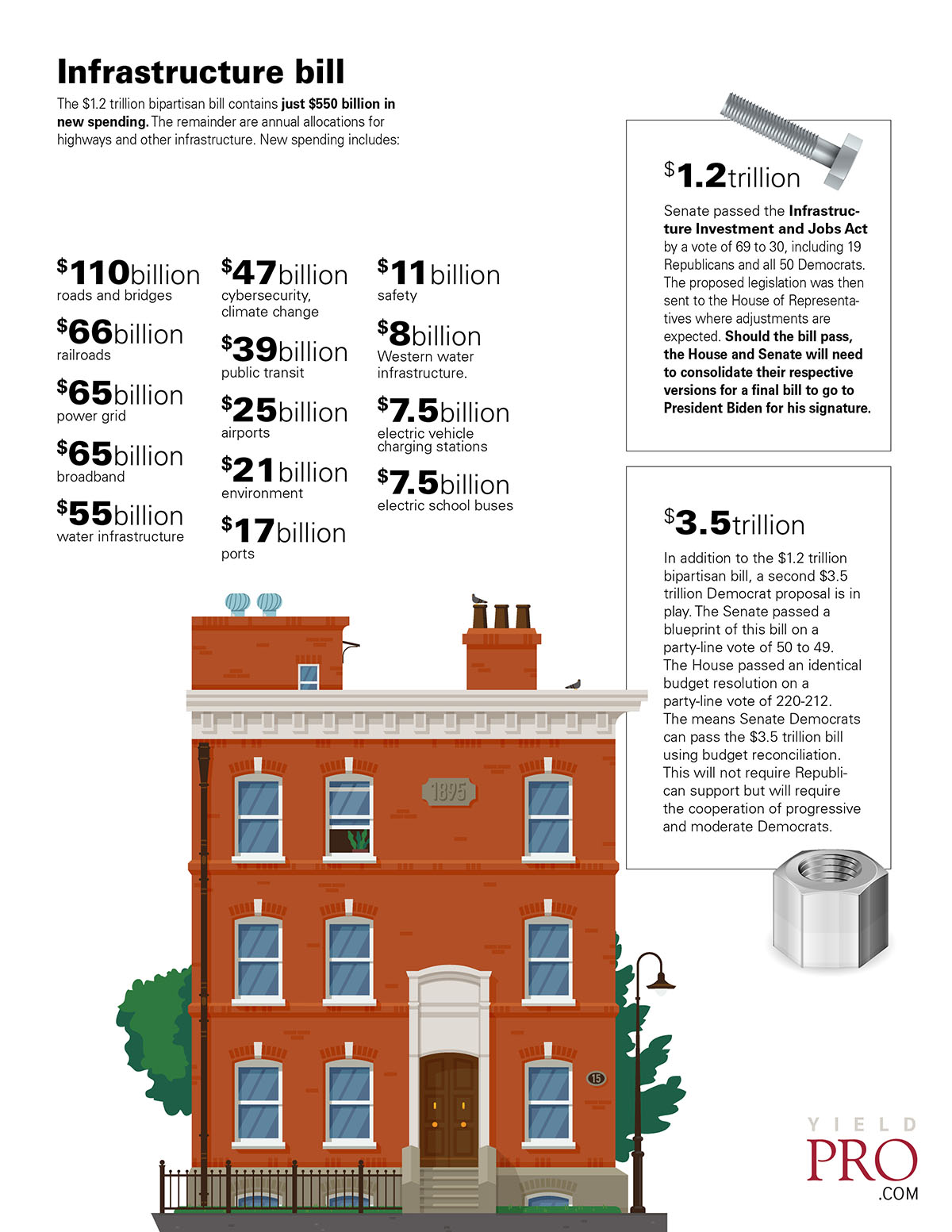 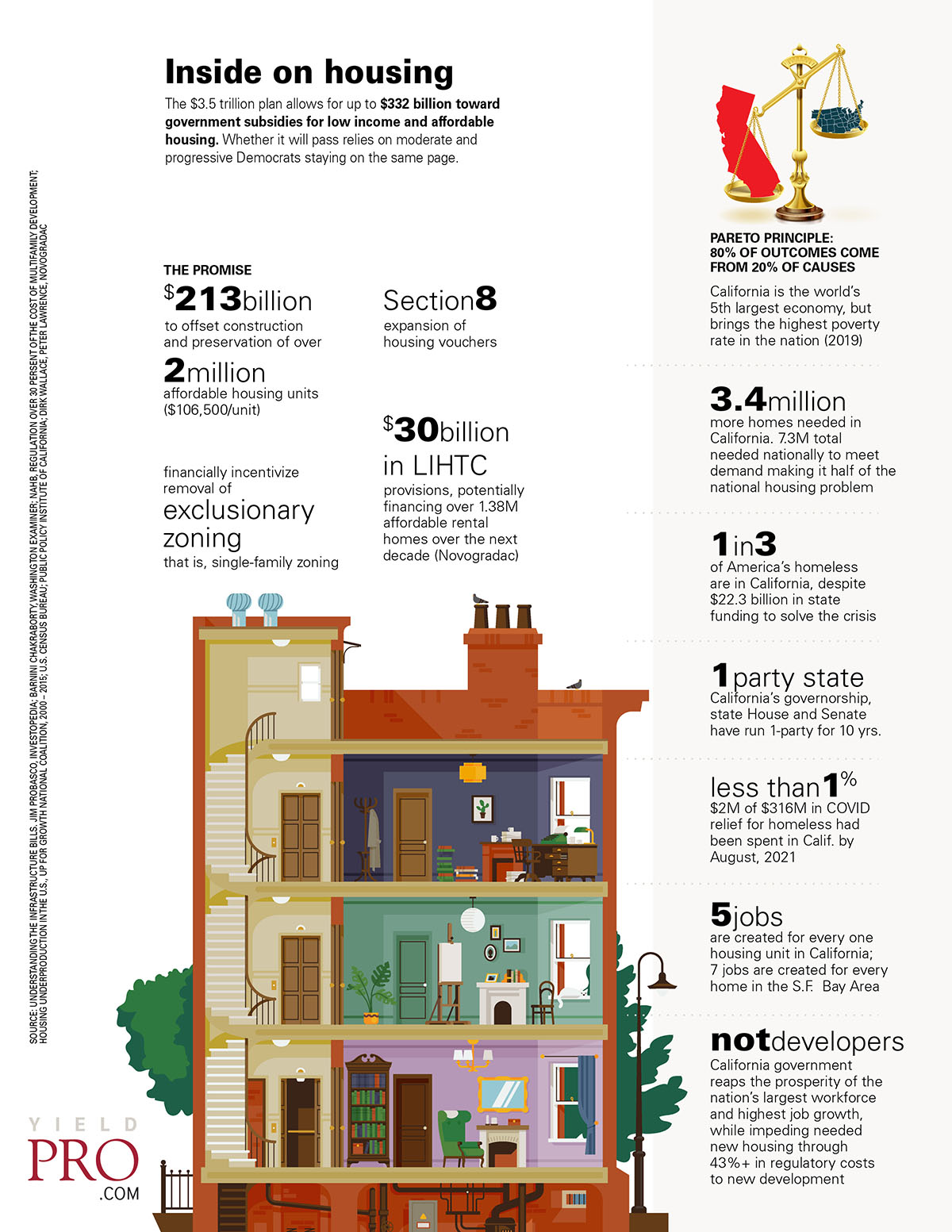