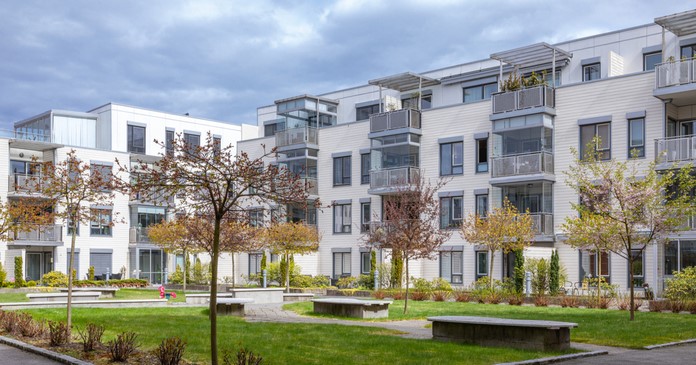 The Census Bureau’s report on construction spending shows that the value of residential construction put in place in July was up 27 percent year-over-year.

The value of new construction of multifamily residential buildings put in place in June was reported to be $98.8 billion on a seasonally adjusted, annualized basis. This was down fractionally from the revised level for June despite that figure being adjusted slightly downward (-$46 million). The value of multifamily housing construction put in place in July 2021 was 15 percent higher than the level of July 2020.

The value of new single-family residential construction put in place in July was $416.3 billion on a seasonally adjusted, annualized basis. This was up 0.9 percent from the revised level for June and was up 47 percent from the pandemic-impacted level of July 2020. 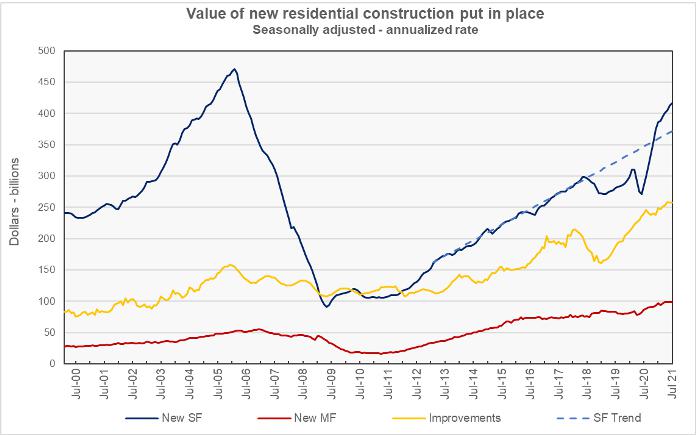 The final chart focuses on the period since January 2016. In this chart, the values of the construction put in place for the two categories of residential construction are normalized so that the readings for January 2016 equal 100. This chart is provided so that recent trends are more easily seen. It shows the value of single-family housing put in place is continuing to rise while the value of multifamily housing has been basically flat for four months. 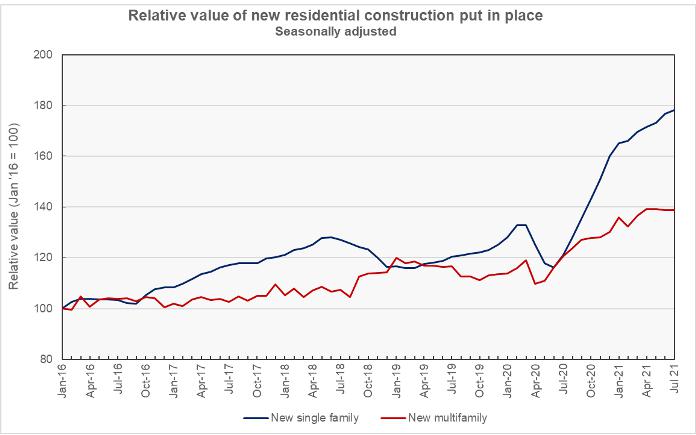 It is interesting to note that the Census report on unit completions also indicates that multifamily completions have been flat recently. However, the completions report also showed a spike in completions around October 2020. That spike does not appear in the construction spending report.