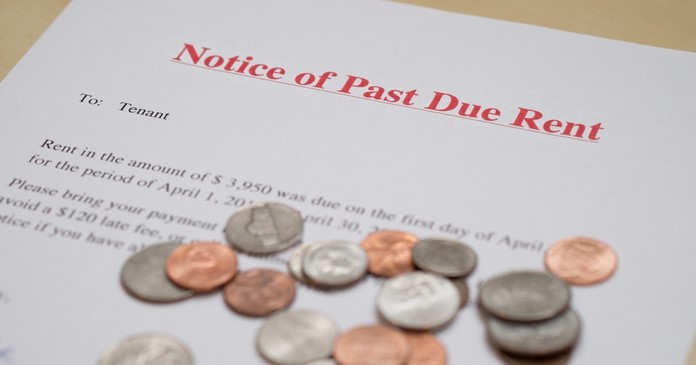 The “week 39” release of the Census Bureau’s Pulse Survey shows that the portion of residents with rent delinquencies is up slightly since we last reported on this survey. For comparison, the NMHC rent payment tracker reported that 92.9 percent of renters made at least a partial rent payment for September by the end of that month.

The Pulse Survey is an experimental program that the Census Bureau has been running to assess how the population of the country is reacting to the fallout from COVID-19. The current survey, designated Week 39, collected data from September 29-October 11. The renter portion of the survey covers renters of both multifamily and of single-family properties. 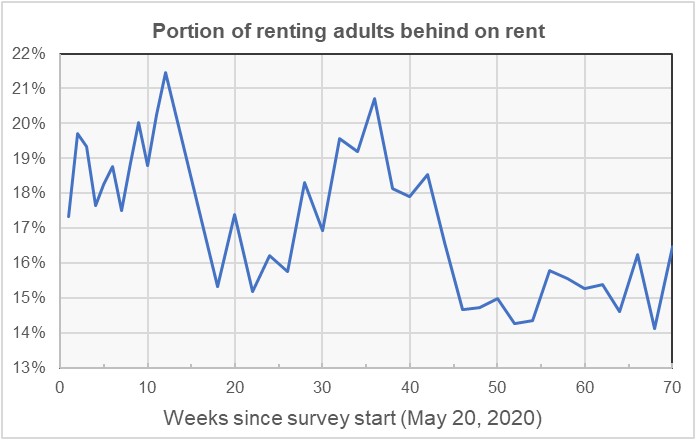 The people reporting that they occupied their dwelling without paying rent were not included in calculating the portion of renters who are behind on their rent.

The chart shows that the portion of renters who are behind on their rent is up in the latest survey. However, in the “week 38” survey only 14.1 percent of respondents indicated that they were behind on the rent, which is the lowest rate since the survey started. The data for that survey was collected between September 15 – 27, late in the month. By contrast, the data for the week 37 and week 39 surveys was collected early in the month, which may be at least part of the reason for the relatively high levels of people saying that they had not fully paid the rent in the latter two surveys.

The NMHC rent tracker recently reported that 92.9 percent of renters at 11.8 million professionally managed apartments had made at least a partial rent payment for September by the end of the month. This was down from the 93.7 percent of renters who had made a least a partial payment by the end of August. The rent tracker data is shown in the next chart, below. 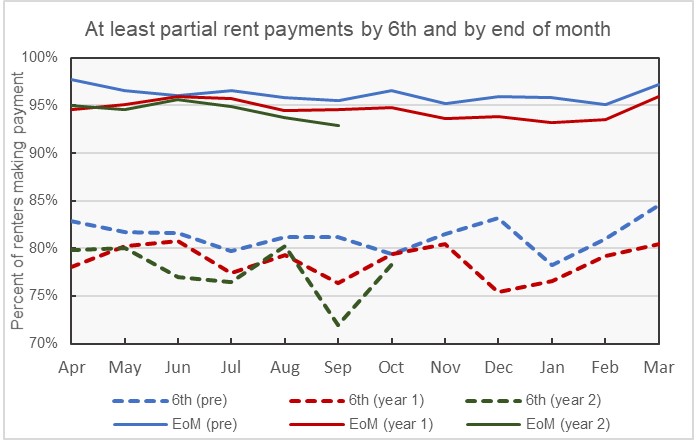 The chart plots the data by year from April through March. This is because April is when the effects of the pandemic and the related lockdowns were first felt, so the chart shows COVID-years rather than calendar years. Data for the 12 months pre-COVID are also included in the chart. 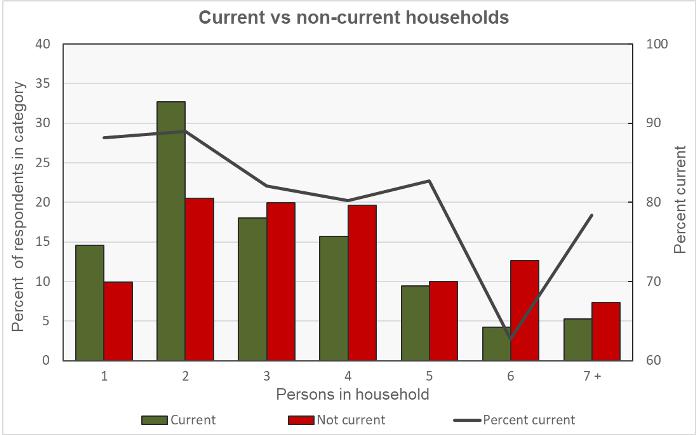 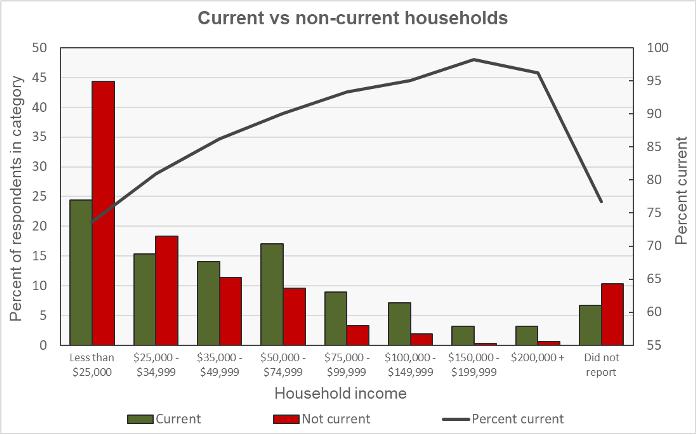 The final chart shows the sources of the funds survey respondents used to meet spending needs. Many of the differences between the people who are current on their rent and those who are behind are as one would expect: the former are more likely to rely on regular sources of income while the latter are more likely to rely on borrowing and on government assistance. One point that is somewhat unexpected is that only about 7 percent of those who are behind on their rent report using government rental assistance. There may be an opportunity for landlords to work with these renters to draw on the government’s rental assistance programs in order to pay some of their rent delinquencies. 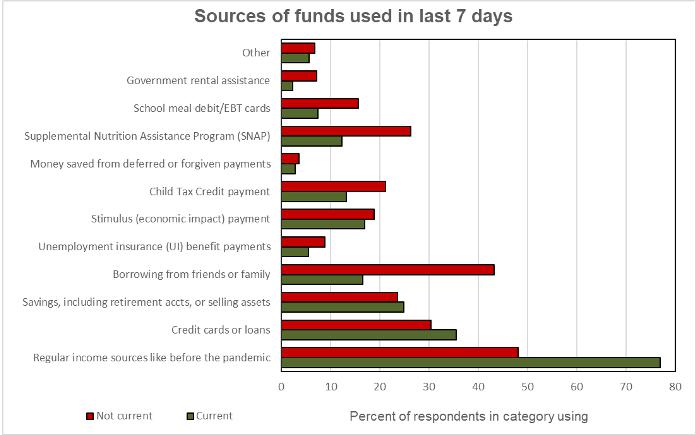