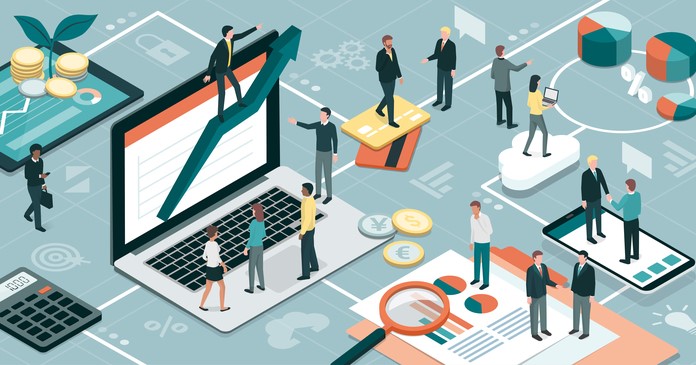 Yardi Matrix recently held a webinar presenting its Fall 2021 multifamily outlook. The presentation included both a general outlook for the economy and a discussion of the future direction for the multifamily housing market. Presenters were Jeff Adler, Vice President of Yardi Matrix and Jack Kern, Director of Research and Publications.

Yardi Matrix presented data indicating that the economy is recovering. A key factor in its performance has been the huge monetary stimulus that has been pumped into the economy over the last 18 months. This has led to a surge in personal savings and has contributed to a jump in consumer net worth.

Inflation was a major topic of discussion in the presentation. Since the inflation surge began last May, the Federal Reserve (Fed) has been saying that they expect it to be transitory. Yardi Matrix is not so sure.

Adler pointed out that, prior to the pandemic, inflation in the prices for services was being offset by deflation in the prices for goods. That is no longer the case, with goods prices also rising. In addition, commodity prices are rising rapidly and rent increases are setting records. Because of the way rents are factored into measures of inflation*, the full impact of these rent increases is not yet showing up in the inflation statistics, but their effect will continue to be felt for many months.

Supply chain disruptions, high levels of consumer cash chasing the limited goods available and labor shortages all are driving prices higher. The labor shortage is being exacerbated by a drop of 1.5 points in the labor force participation rate since the pandemic struck. People may be staying out of the labor force for fear of COVID, because they are needed to care for others or because their ample savings are allowing them to be very selective about which of the many available opportunities they elect to take.

Yardi Matrix does not think that inflation is transitory and they believe that conditions exist which could allow a wage-price spiral to form. However, they don’t expect the current bout of inflation to develop into hyperinflation. The more probable outcome is that higher inflation will lead to higher interest rates which would lead to recession. That recession, if it comes, is likely 3 years away.

People on the move

A contributing factor to increases in asking rents is the migration of people to lower cost areas from higher cost areas. They are bringing their high salaries with them and using those salaries to bid up the rents in the formerly low-rent areas.

This migration is being enabled by the work-from-home/work-from-anywhere trend, which has reduced the need for employees to live in close proximity to their workplaces. This is a trend that is still developing, but how it unfolds will have a significant impact on the demand for housing going forward.

Yardi Matrix estimates that it is the “gateway” cities that have the greatest risk of losing renters due to the shift to full-time remote work. In both Los Angeles and San Francisco, enough renters could work remotely full time to represent over 40 percent of multifamily rentals available. If a sizeable portion of these people elected to move away, it would have a major impact on the local rental markets.

Between 2020 and 2030, the shape of America’s population distribution will change significantly. There will be 3.5 million more people in the prime renting age range of 20 to 44 years old. In addition, people are waiting until they are older to get married and to have children, increasing the age at which they seek to move out of an apartment and into a house.

By 2030, there will also be 10.4 million more people in the age range of 65 to 79 years old. This age range has not traditionally been one with a high portion of renters but improvements in the health of people in this age range may make them more interested in renting than they had been in the past.

The business of multifamily

After a marked slowdown in 2020, sales of multifamily properties have rebounded in 2021 with the volume of sales in every quarter exceeding that in the same quarter in 2019. However, most of that sales growth has come from tech hub markets, with sales in gateway markets remaining flat.

The full presentation contains much more information than could be summarized here. This includes analysis of emerging tech hubs and how their performance compares to that of the gateway markets. It discusses single-family rentals and also provides an introduction into work Yardi Matrix is doing on risk in multifamily investments. The presentation is available here.

*A consumer is only affected by a rent increase when they renew their lease. Therefore, the full impact of the rent increases is only evident in the inflation data after a year has elapsed so that all renters have renewed their leases at the higher rates.