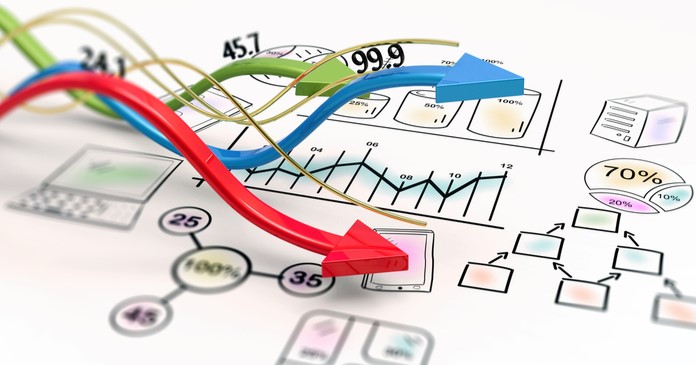 Housing: less in the near term

The November forecast included projections for 2023 for the first time. Fannie Mae’s first estimate is that 398,000 units of multifamily housing will be started in that year, down 4 percent from the level they forecast for 2022. 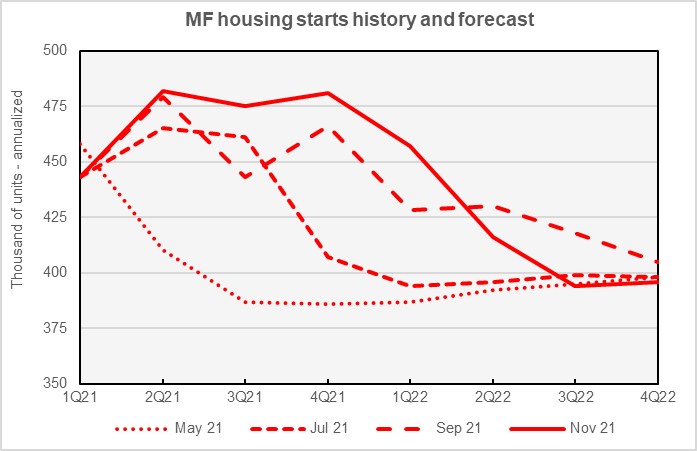 For 2021 as-a-whole, Fannie Mae now expects single family starts to be 1,125,000 units, down 14,000 units from the level forecast last month. Fannie Mae has reduced their forecast for single-family starts every month since May, when they were expecting 1,227,000 units to be started in 2021. 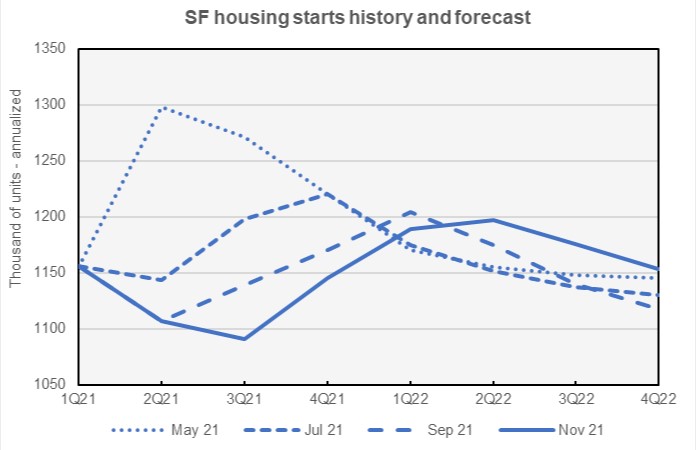 Fannie Mae sees material supply constraints, slower GDP growth and higher interest rates triggered by rising inflation as headwinds for housing providers over the next year or so. 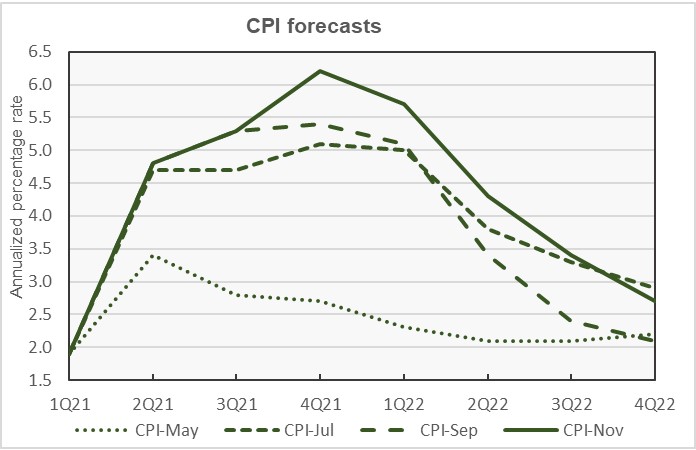 Since prices moved sharply higher in May, forecasters have been debating how long the bout of inflation will last and how high prices will go. This is reflected in Fannie Mae’s forecast history as illustrated in the chart. More recent forecasts generally predict higher inflation for a longer period of time than did earlier forecasts.

Supply chain problems and labor shortages are weighing on GDP growth. Fannie Mae’s November forecast predicts that these factors will slow economic growth more than they had anticipated in past forecasts. This is illustrated in the next chart, below, which shows the current forecast for GDP, along with three earlier forecasts. 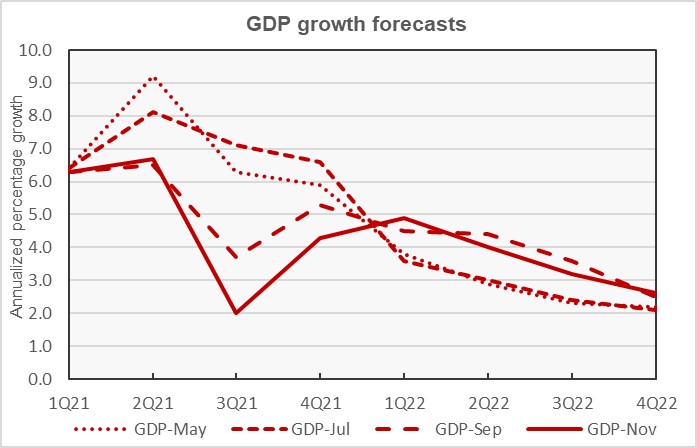 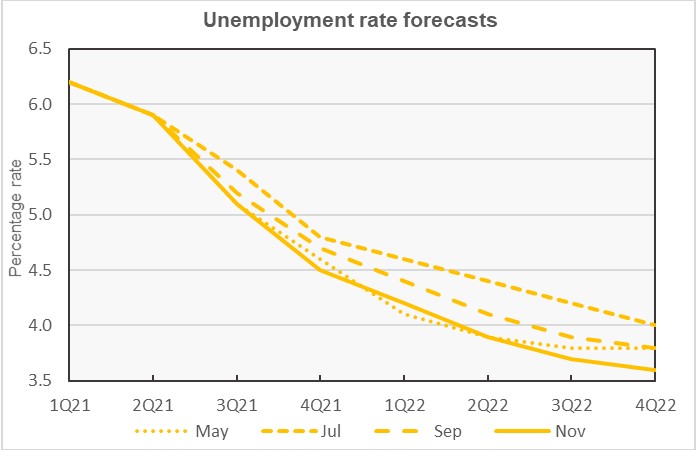 This month, Fannie Mae’s Multifamily Market Commentary focused on the student housing segment. This segment weathered the pandemic better than many observers had feared and occupancy rates are currently at very high levels. However, declining birthrates in the United States and reduced numbers of students coming from foreign countries cloud the long-term prospects for this segment.

The Fannie Mae forecast summary can be found here. There are links on that page to the detailed forecasts.