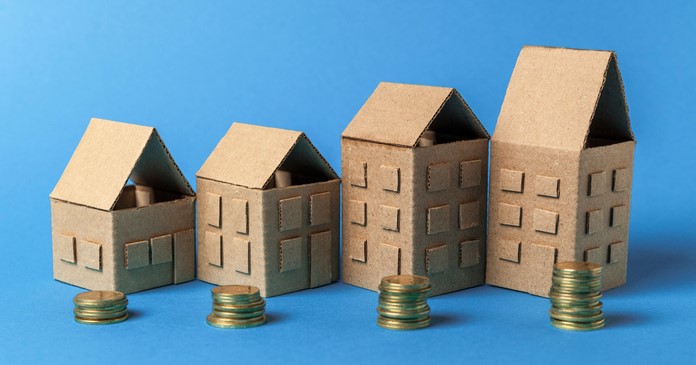 The latest rent report from Apartment List shows that rent growth is still at a high, if decelerating, pace. Nationally, rents were up 0.8 percent for the month and nearly 16 percent for the year.

The first chart, below, shows the annual pattern of rent growth for the years for which Apartment List has data. The usual pattern is for rents to rise in the spring and summer and fall slightly in the autumn and winter months, with the average rent edging up each year. The year 2021 uncharacteristically started with rents lower than those of the prior year, but rents have risen at a record pace since then. 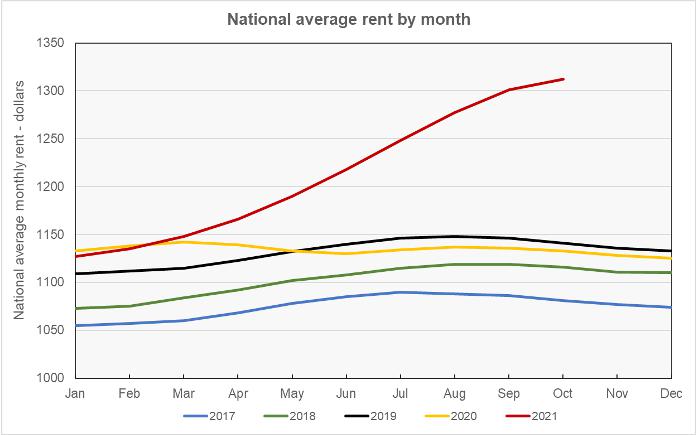 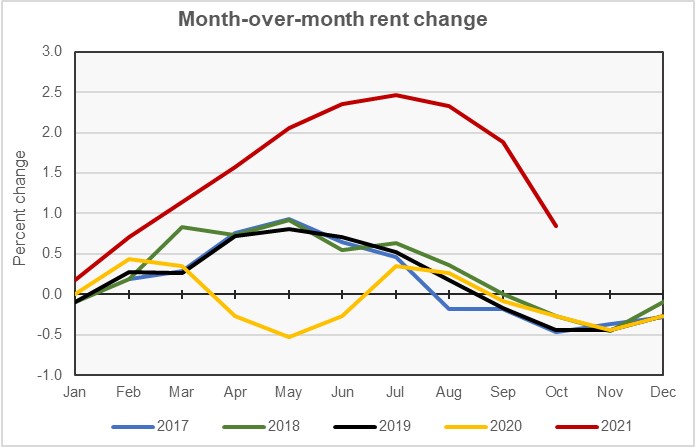 The first table shows the 10 metros with the largest annual rent decreases. Despite these metros being the current rent growth laggards, all of them and all of their core cities experienced positive rent growth year-over-year. Some of the metros did see rents decline month-over-month, but that would not be considered unusual for this time of the year in a normal year. In this year, only 9 of the 50 largest metros saw month-over-month rent declines in October.

The next chart illustrates the month-over-month rent growth for San Francisco, both for the core city and for the metro area. It shows that the core city was much more impacted by the downturn last year than was the metro area as-a-whole, but the situation reversed around the turn of the year. Still, San Francisco metro area rents are down 4.8 percent and core city rents are down 11.9 percent compared to their levels in March 2020. 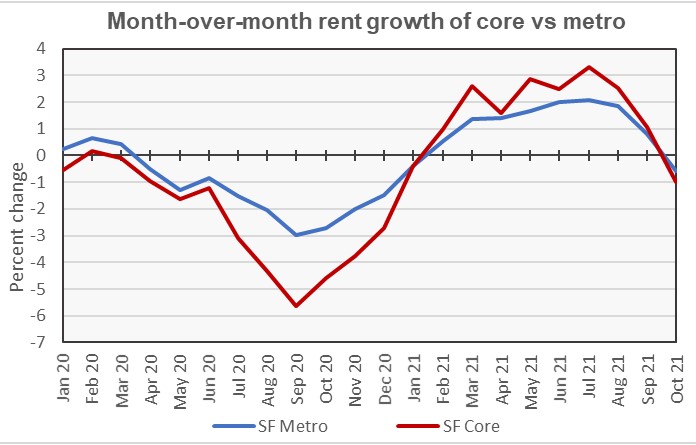 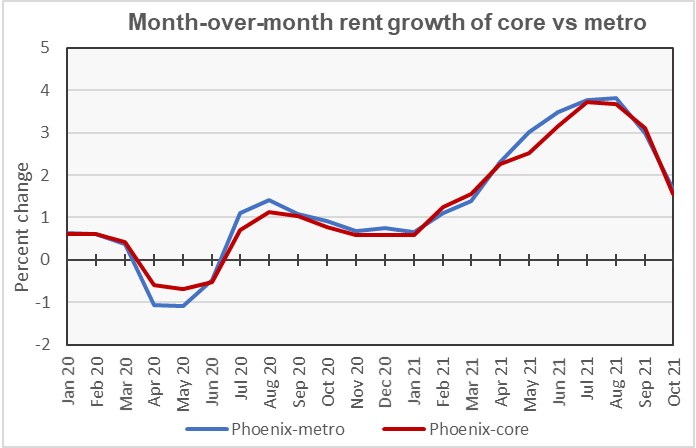