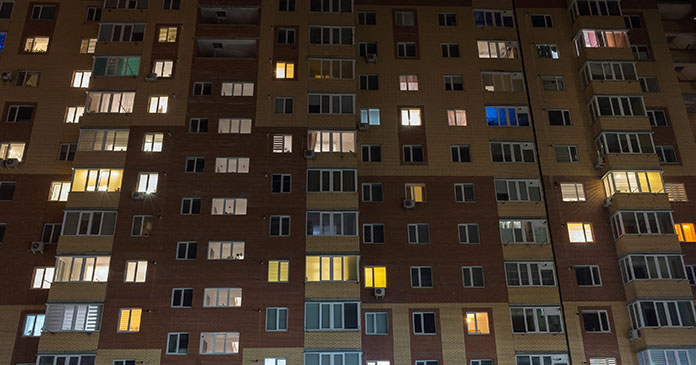 Apartment occupancy hit a new high of 97.5 percent in November, according to RealPage, a real estate technology platform. The rate is up roughly 250 basis points from the long-term norm of about 95 percent going back over the past three decades.

The annual increase in asking rents for new move-in leases hit 13.9 percent in November. Renewal lease rent growth usually climbs more slowly than when there’s turnover in a unit’s occupant, but it has still been growing at 8 percent even during the later part of the year.

“The demand from renters is really strong, especially for the luxury product. As the economy has recovered we’ve done a better job in high- paying employment than we have in the lower paying jobs,” said Greg Willett, chief economist at RealPage.

This is usually the time of year that landlords see lower occupancy and therefore offer incentives or cut lease prices. Demand, however, continues to outstrip supply in the rental market, as it is also in the for-sale housing market.

“The rental market is actually stronger than the for-sale market right now. The rent increases are something like I’ve never seen before in my life, so we are definitely pulling forward a lot of household formation,” said John Burns, CEO of John Burns Real Estate Consulting.

November rent prices were up 0.6 percent from October. While that is below the growth seen in the spring and summer months, it is notable because rent prices usually decrease in the fall months.

Rental demand is soaring due to the very high prices in the for-sale market, which are up nearly 20 percent year-over-year. Also, fewer people are choosing to live with roommates. In certain markets, owner-occupant homebuyers are being pushed out by usually all-cash investors.

“With this work-from-home and the stimulus and everything else—not enough WiFi, too noisy in the house—a lot of people are living on their own or they had two roommates and now they’ve got one, and that’s been the big reason for the surge in the apartment demand,” added Burns.

Household formation had been growing steadily before the pandemic, but then dropped off abruptly when Covid-19 hit the U.S., according to Census figures. Within a few months it began to climb again and has been accelerating in the last six months.

High prices in the for-sale housing market are also presenting an opportunity for older homeowners who might want to cash out at the top of the market. They, in turn, are moving into luxury rentals, taking up more supply and keeping rents inflated.

Rent growth is now weakest in the Midwest. Out of the nation’s 50 largest metropolitan markets, Minneapolis saw the smallest rent increase of just over 4 percent from a year ago.