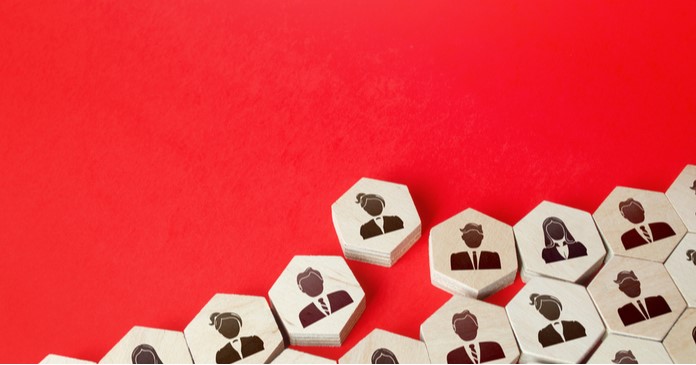 The Bureau of Labor Statistics (BLS) recently released the Job Openings and Labor Turnover (JOLT) report for October. It reported that the number of job openings edged up to the second-highest level ever seen in this data series.

The BLS reported that there were 11.0 million job openings at the end of October. This is up by 595,000 from the preliminary level reported last month. In addition, last month’s job openings level was revised upward by 164,000 openings in the current report. The October figure represents 6.9 percent of total employment plus job openings. For comparison, the unemployment rate in October was 4.6 percent and 7.4 million people were unemployed. Another 5.9 million people said that they wanted jobs but had not sought employment recently and so were not counted as part of the labor force.

The first chart, below, shows the employment situation for the construction jobs market over the last 25 months. It shows that October saw a net rise of 36,000 jobs. This was reported to be down slightly from last month’s jobs gain figure but only because that figure was revised upward by 12,000 jobs, mostly due to an upward revision in hiring. 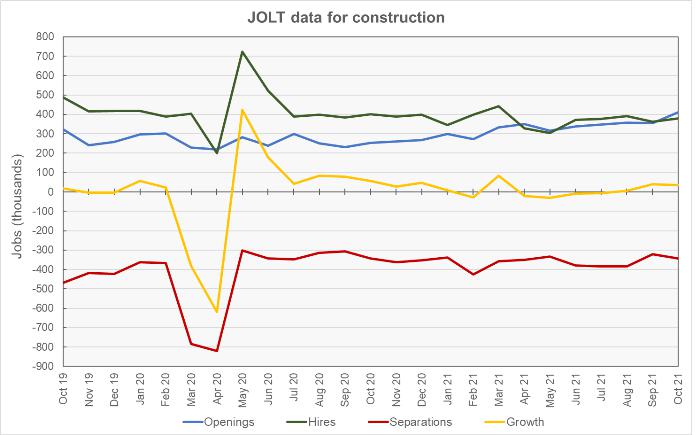 Hiring was reported to be up by 17,000 jobs in October despite September’s figure being revised upward by 11,000 jobs. The BLS reported that 378,000 construction jobs were filled in October.

The next chart plots the same data as the first, but over a longer time period. The interesting thing about this chart is how the relationship between construction job openings and hiring has changed over the 20+ years depicted. In the early 2000’s, the number of hires during the month was 4 to 5 times the number of job openings at the end of the month. This implies that the typical construction job opening was being filled in about one week. 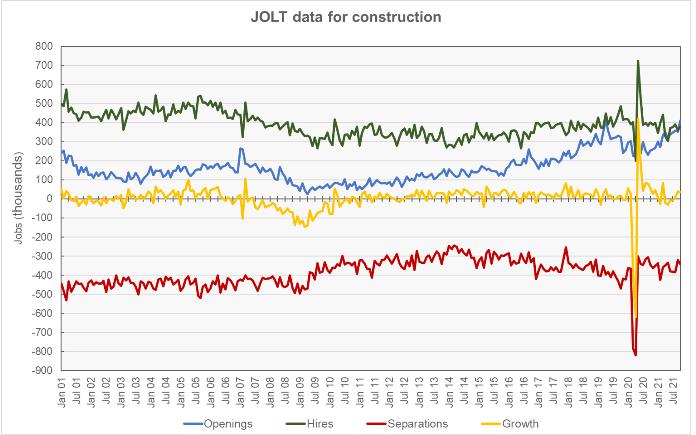 The last chart, below, shows the employment situation for the real estate and rental and leasing (RERL) jobs category. Employment growth in this jobs category was positive again in October, as it has been in 17 of the last 18 months. 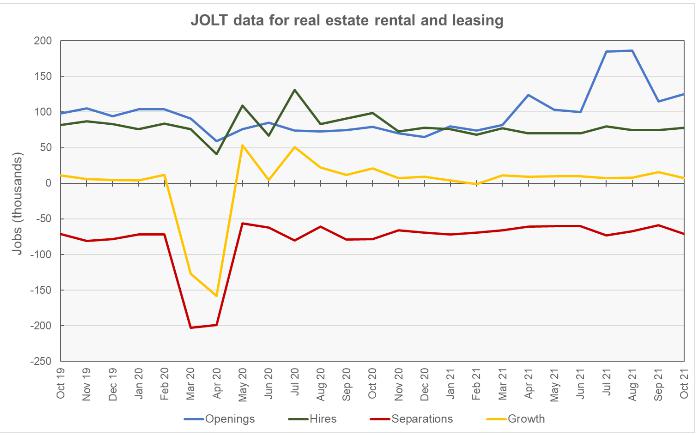 The number of job openings in the RERL category came in at 125,000 in October, up 10,000 jobs from the month before. However, September’s figure was revised downward by 6,000 jobs, making the month-over-month comparison look better than it otherwise would have done. Job openings in October were 58 percent higher than their year-earlier level.