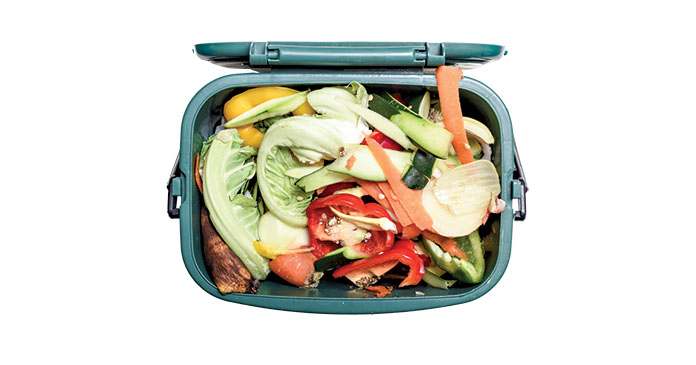 A key component of a new California law that will forever change how residents and businesses sort their food scraps and landscaping trimmings took effect Jan. 1 and, so far, Orange County cities are in various stages of rolling out their respective programs.

Some are already in full compliance with the new law, which is mandatory by 2025, while others are rolling out their respective programs more slowly, due, in part, some say, to COVID-19 issues as well as supply chain shortages.

Almost all cities, however, have either raised rates in response to the new mandate—or expect to in the near future.

At issue is the mandatory organic waste collection and recycling program, part of a California law passed in 2017, that officials hope will preserve landfill capacity and reduce methane emissions that result when organic waste decomposes in landfills.

What the law means for residents and business owners is that they are now required to separate organic waste—such as food scraps, grass, and garden clippings—into dedicated green bins instead of tossing such in blue bins meant for plastic recycling or black bins for things like pizza boxes with grease or food bits still on them, or disposable diapers.

Residents and businesses in unincorporated cities in Orange County can expect to see new green bins for organic recycling by the end of Feb., according to Fran Bangert, a waste and recycling county spokesperson.

Additional fees for the program, she said, have been factored into trash bills since last summer. Cost increases are based on the size of a business, for example, and more for a multi-family building compared to a single-family residence, she said.

According to Bangert, changing human behavior of how they throw out such things as banana peels, coffee grinds, or eggshells, for example, will be one of the most significant challenges of the new law.

“Individuals and businesses are going to have to make a conscious effort about where they place the waste they generate,” Bangert said. “As a society we need to change our waste management and recycling behaviors. The change in behavior needed may be a challenge at first, but in time, it will become routine.”

The new law has meant some cities have had to renegotiate their contracts with trash haulers.

One such city, Yorba Linda, is currently in the middle of that process.

Only when a new deal is finalized, however, will that city know if residents and business owners will need to pay more. A Yorba Linda city spokesperson said its program should be up and running within the year.

Meanwhile, Laguna Beach officials said their city is already in compliance with the new law.

Residents in the coastal town are billed annually for trash, recycling, and organics collection via their property taxes, which last summer were raised to increase over time to 21 percent to fund the new program. The current increase—through June—is 10.5 percent.

In La Palma, city officials said they are still working out logistics.

Residential rates were approved for that city’s program last October, with an increase of $3.29 per month, and just over $2.50 per month for businesses, though officials say their rollout is still a work in progress. Still in limbo is whether or not La Palma will provide the requisite bins for the program.

In Buena Park, city officials say they ramped up efforts to be in compliance last fall by adding about $3 to residents’ and businesses’ monthly trash pick-up bills. Customers are being added to the program as able.

Businesses and commercial locations will see added costs, Fewer said, based on the size of its organic waste bin and how many times it is picked up. For example, a 65-gallon bin—the size of a typical curbside trash can—picked up weekly will cost about $85. The larger 2-cubic yard bin will cost about $100 more.

According to Fewer, the city will host a series of compost and mulch educational events throughout the year.

Despite strong opposition from the public, the Cypress City Council voted to increase the cost of residential waste pick up by nearly $5 a month, including a 32-cent organic waste fee, which will now put a typical residential trash bill at about $22 a month.

City officials said they are working on a program to help low-income residents transition to the charges.

Even with this possible increase, Cypress officials said their trash rates will remain among the lowest in Orange County, and are working on a program to help low-income residents transition to the new charges.

The law also requires California cities to establish and monitor a “food recovery program” which would require food businesses to donate leftovers they would otherwise dispose of to food recovery organizations.

As of Jan. 1, supermarkets with annual revenue less than $2 million, grocery stores that are 10,000 sq.-ft. or larger, and other food businesses—like caterers, distribution houses, and wholesalers—are now required to contract with food recovery services to process their leftover edible food. Food collected will be processed and distributed to food banks and shelters.

In two years, large-scale restaurants, hotels, hospitals, and schools with cafeterias will be added to the list.